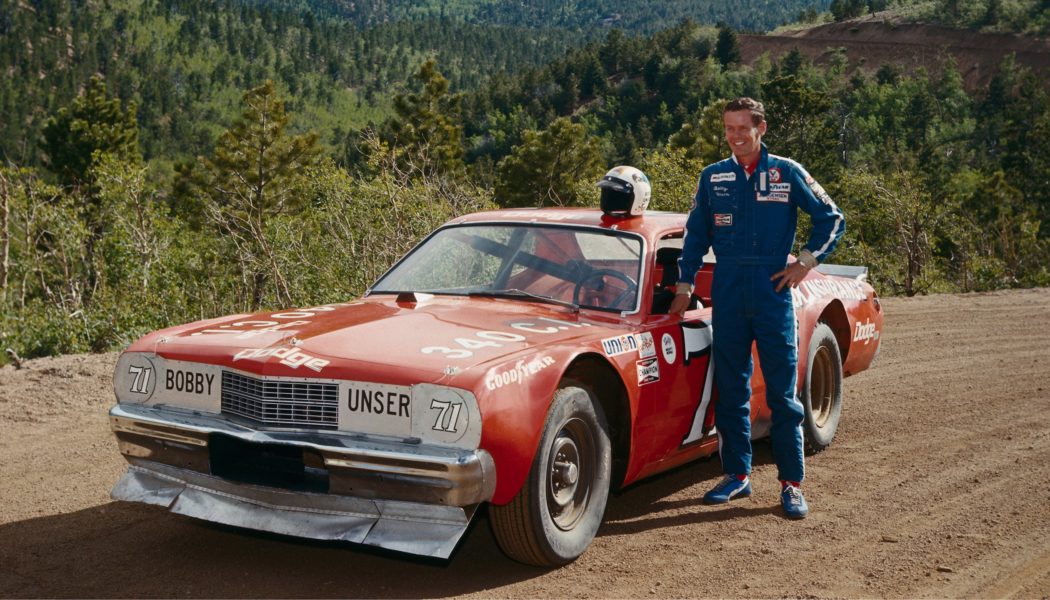 It’s time for qualifying at the world’s most extreme hill climb, and the world’s greatest drivers are on the mountain—like they’ve always been.

Qualifying has begun for this year’s Pikes Peak International Hill Climb, and as always, that means some of the world’s best drivers are giving it their all on the mountain. In doing so, they become part of a class of drivers that—if you browse back through the list of entrants dating back to 1916—you’ll find includes some of the greatest and most famous drivers of all time.

The first name from the pantheon of greats to hit the slopes was Unser, whom you may recognize as the winningest family in the history of the Indy 500. Before brothers Al and Bobby, though, there was their dad Joe and his brother Louis, who made the family’s Pikes Peak debut in 1926. It was Joe who came out on top that day, finishing second overall while Louis didn’t finish, but it was Louis that’d have the last laugh: He’d win the race nine times over the years.

The next big name to grace the race came in 1928, in the form of Erwin “Cannon Ball” Baker, after whom the illegal cross-country race is named. His performance wasn’t anything auspicious, achieving what’d be his best finish of third place in his debut year in a vehicle recorded as a Franklin 4WD.

Between the Great Depression and World War II, it wouldn’t be until 1950 that another legend arrived, though nobody at the time noticed. Coming in 22nd of 24 finishers that year was a young unknown by the name of Phil Hill, who later indicated his Allard Special was anything but pleasant to drive. No matter; it didn’t stop him from going on to become the U.S.’s first Formula 1 champion in 1961—or win the Le Mans 24-hour race three times.

By contrast, Paul Newman was already a celebrity before he hit the mountain in 1973 in a Corvair-based buggy, in which he didn’t appear to finish. His best result wouldn’t come until 1981 when he cracked the 13-minute barrier, which some racers still struggle to do on today’s asphalt course.

Of course, the landscape of the famously loose Pikes Peak was changing as quickly as off-road racing was in that decade, and it showed when pioneering rally driver Michéle Mouton in her Audi Sport Quattro placed second overall as a rookie in 1984. She’d be followed by WRC rival Walter Röhrl, who in an improved Audi would break the course record in 1987. He only narrowly beat out yet another WRC phenom, Ari Vatanen, who would return the favor the following year by eclipsing Röhrl’s record by less than a second.

Watching him from below was Rod Millen, who would go on to become one of the faces of the race in the 1990s in his turbo Toyota Tacoma race truck. His dominance would be interrupted by the rise of another icon, Nobuhiro “Monster” Tajima whose Suzuki Escudo is emblematic of Gran Turismo 2. Tajima competed until shortly after the advent of the modern era when the road became fully paved, allowing nine-time World Rally Champion Sebastien Loeb to swoop in and set what seemed an impossible record to topple. Then electric cars came into their own, drawing three-time Le Mans winner Romain Dumas in the VW ID.R, to relegate Loeb to the holder of the ICE record.

But for all we know, Loeb’s record could be challenged by any number of this year’s competitors. From Ken Block in his 1,400-horsepower, mid-engined Porsche 911 to Mad Mike with his four-rotor Mazda3, or former Top Gear USA Stig Paul Gerrard in a prototype, there’s no shortage of star drivers. Suffice to say, the appeal of racing up a 14,115-foot mountain is a challenge that hasn’t dulled with time.

Got a tip or question for the author? You can reach them here: james@thedrive.com