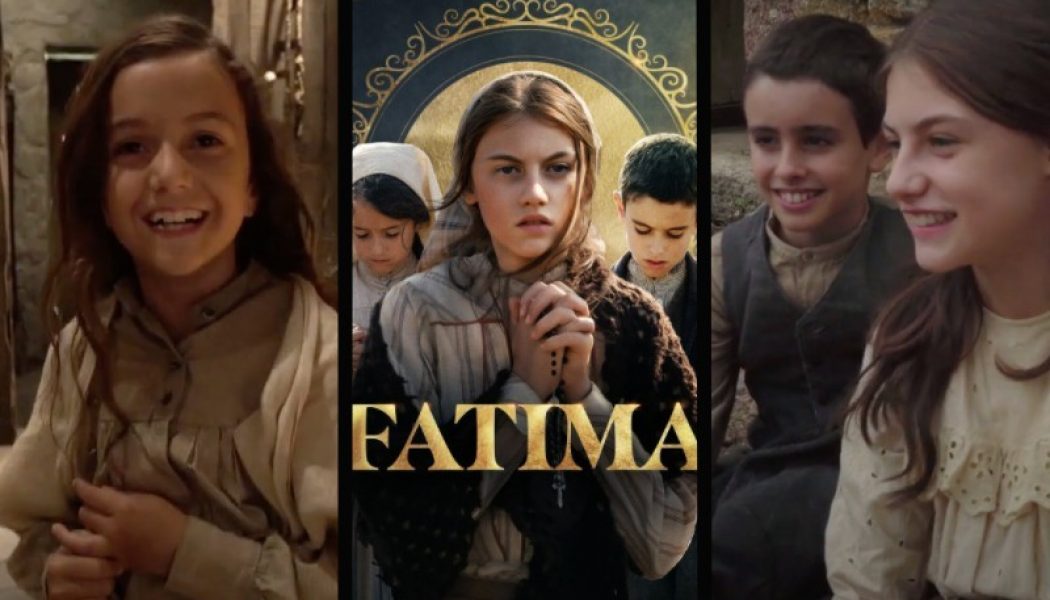 This is so exciting! 🙌

Universal Pictures dropped a never-before-seen clip from the Fatima movie, and ChurchPOP is the first to release it! This clip comes from the upcoming Oct. 27 DVD release.

The children discuss their real-life friendship, what they thought of the Fatima story, how the story affected them, and how they think it will impact viewers.

Here’s the exclusive clip below:

“Everything really hit me–the whole story,” Lucia actress Stephanie Gil explains. “I think that how the children fought to convince everyone what they went through is the most touching part of the whole movie.”

“I think that everyone who sees this movie is going to learn so much,” Francisco actor Jorge Lamelas says. “They will learn about how Portugal had such a big move, Christianity wise.”

ChurchPOP English editor Jacqueline Burkepile also interviewed actress Stephanie Gil before the movie’s release. The actress reveals what attracted her to the role of Lucia, as well as the movie set’s atmosphere, and what she hopes viewers take from the film.

Here’s the interview below:

Fatima is now available to own on Digital, and releases on DVD Oct. 27.

[See also: 7 Powerful Messages from Our Lady of Fatima: “The Grace of God Will Be Your Comfort”]