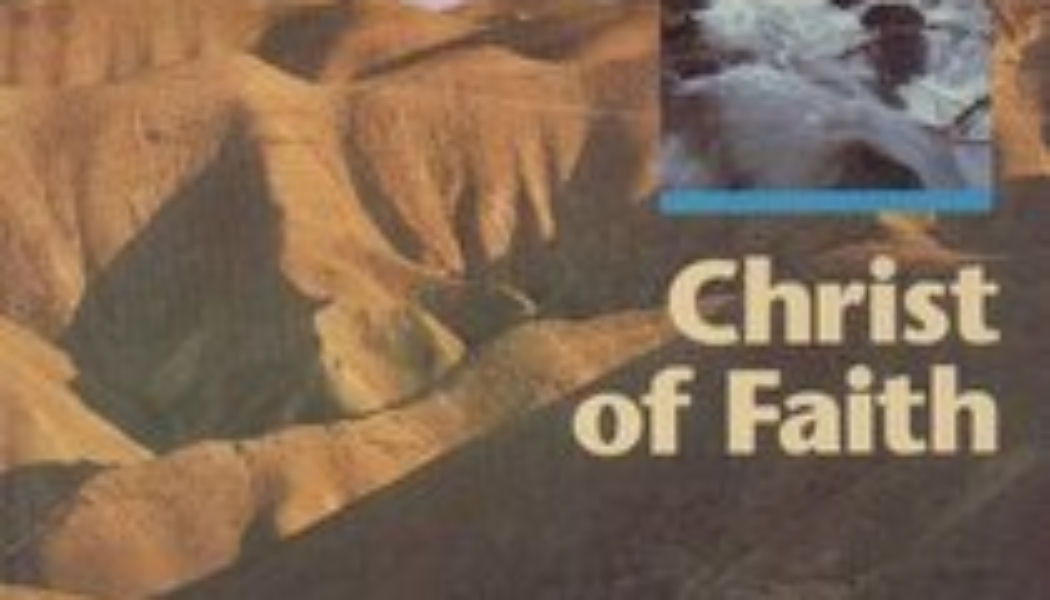 A few days ago, Larry Chapp published a barn burner of a post in which he articulated what few are willing to say out loud.

Essentially: Quite a bit of our esteemed Catholic Church leadership doesn’t believe anything much, and the forthcoming synod and the preparation for it is revealing of not only this reality but of the apparent intention to use the synod moment as a means of somehow transforming their non-belief into Church “teaching.”

You will not be shocked to learn that I do not disagree with Chapp’s take at all. But I do think what he says could be fleshed out more – perhaps he’s done it in his other writings, I’m not sure. So because it’s nagging at me, I’m going to take a couple of posts here to address it.  Not because I think he’s wrong, but simply because I think expanding the narrative will help.

So today, I’m going to give my perspective on Chapp’s take on the theological backstory of the generation that’s propelling this. Next time, the synod itself, about which I’ve written before.

We were told in a pounding, percussive succession of re-education lectures (“Days of Recollection”!)  that God was “doing a new thing” that apparently contradicted all of the “old things” that God used to do but now regrets, and that we could not be “fundamentalists” anymore since fundamentalism is one of the things God once liked but no longer does.  And by “fundamentalist” they meant adhering to Church teaching in matters of sexuality and liturgy in particular or holding to a view of Revelation that was even remotely related to the notion of objective truth and propositional clarity.

….And to the extent that they did emphasize that God alone was the source of the truth of Revelation it was only to reinforce some bizarre voluntarist concept of a God who could just make crap up as he went along and as it suited him/her/they/them/it.

….Thus was Revelation reduced from a source of actual conceptual content, no matter how rooted in mystery and poetic categories of symbolization, to a mere process or pedagogy that set in motion a dynamical movement “forward” in ever new historical permutations.

…..Therefore, what was true yesterday could be false today since God’s pedagogy in Revelation is characterized by a historical unfolding whereby we move from infancy to adulthood with many missteps along the way. And those missteps could include errors in the Bible and Church dogmas – errors which were the product of a more naïve and pre-scientific adolescent stage of our development and which we alone now have the vantage point from which to set them right.  Because we are now, in our own minds, in the “adult” phase of the pedagogy.

But why? Where did this come from? One could go into great detail, and it would involve dissecting Catholic intellectual history from at least the Early Modern period if not before, but I’m going to try to shave it down to the bones here.

Because I think it’s important to shave it down, to dig and excavate. It matters because it didn’t just happen, it just wasn’t the consequence of delayed adolescence working itself out through decades and decades, although it certainly has been that, too.

Texts of the era? Let’s see. McBrien’s Catholicism (does anyone read that anymore?), Raymond Brown on the New Testament, Schillebeeckx on Christology, countless others.

With one consistent core message, top to bottom, elementary school textbooks up to graduate schools and pastoral ministry formation:

“the substance of the ancient doctrine of the deposit of faith is one thing, and the way in which it is presented is another.”

Who said that? Well, John XXIII of course, in his address at the opening of the Second Vatican Council. Same sentence in context, slightly different translation:

(It’s not available in English at the Vatican website, for some reason.)

For that, a Council was not necessary. However, from the renewed, serene and calm adherence to all the teachings of the Church, in its integrity and precision, as resplendent mainly in the conciliar acts of Trent and Vatican I, the Christian and Catholic spirit of the entire world awaits to go one step further towards a doctrinal penetration and a formation of consciences that is in a more perfect correspondence with fidelity to authentic doctrine, studying it and exposing it through the forms of research and the literary formulas of modern thought. One thing is the substance of the old doctrine, of the “depositum fidei”,and another the way to formulate its expression; and of this we must take great account – with patience, if necessary – by adhering to the norms and requirements of a teaching of a predominantly pastoral nature.

As has been noted by…everyone…the emphasis (and hope) was that by cracking things open, the core truths would be more accessible to a world that, to use a minor example, did not respond in the same way to, say, concepts of kingship that previous generations did, or could peak into galaxies that may not have been fashioned in seven literal days after all or examine the bones of ancestors who might not, after all, have had names.

Understanding how this concept – that there’s a core of faith that can be expressed in diverse culturally-formed ways – was used and abused is a key to tracking the path that leads up to this synod.

Consequence: Church teaching is a limited human effort to understand those things that might or might not have happened.

I could go on, but I’ll spare you and just try to summarize once more:

The popular assumption among those ministering in a mainstream Catholic context during this period was that the core of revelation was there, but impossible to definitively express in a timeless, universally-understood fashion.

(Because, in fact, the whole notion of any such understanding of truth was pre-modern and useless, anyway.)

Yes, we have received something, but whatever that is is via  Scripture that reflects mostly a community’s experience and doctrine that reflects mostly historically-bound concerns.  Knowing what we do about the messiness of Church history, even intellectual history, and the development of church teaching, there is no reason to believe that this process is not continuing today.

So let’s do it! Let’s process and formulate and let the present moment shape our formulations. That’s how it’s done , right? We’ve got a regular Council of Nicaea going here, folks!

That said, of course I’m going to tell you that the whole project went off the rails – well, was probably off the rails since the beginning, and – as most human projects do – became one of self-serving, tribal rationalization.

I suppose the reason I wrote this is not to justify anything, at all, but because I am not satisfied with the argument that rests on “hippies did this because hippies gonna hippie.” Not that this is what Larry is saying, but the scenario often devolves to that point in these conversations. And it doesn’t help because it doesn’t get to the core of the problem, does it?

And, I will concur with Larry that there was a great deal of stupidity involved – I was glad to hear him voice it. That is to say – these are subtle and intriguing issues, issues with which all theologians of whatever ideological stance, grapple with if they are serious people.  But the stupid, when faced with these challenges of the human factor in Scripture and Tradition – will, yes, wave it all off with, Okay, since we can’t know anything for sure anyway, it really doesn’t matter how we say it or what we do – as long as I’m the one that gets to say it.