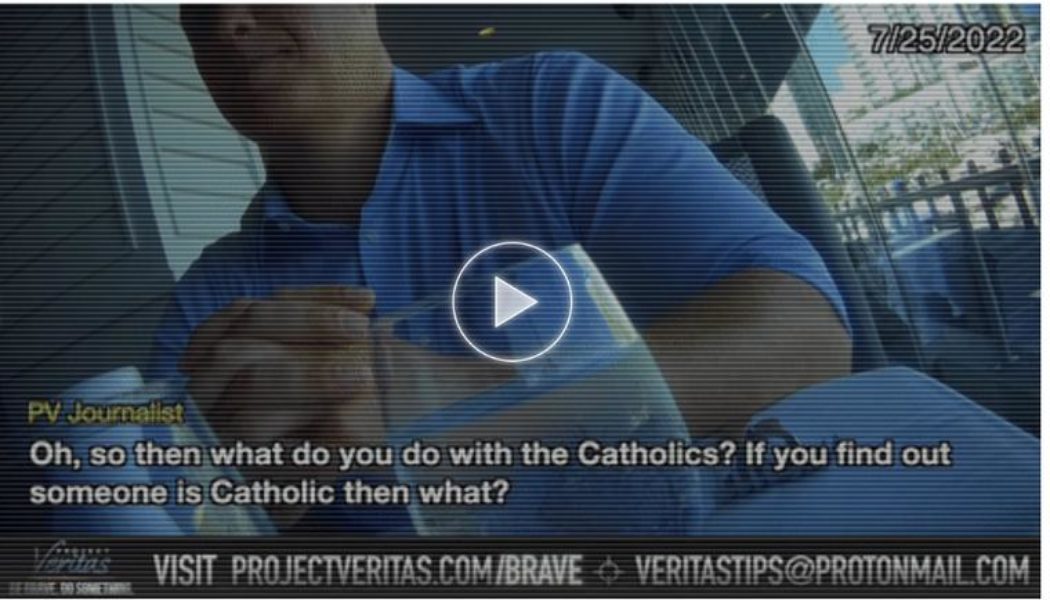 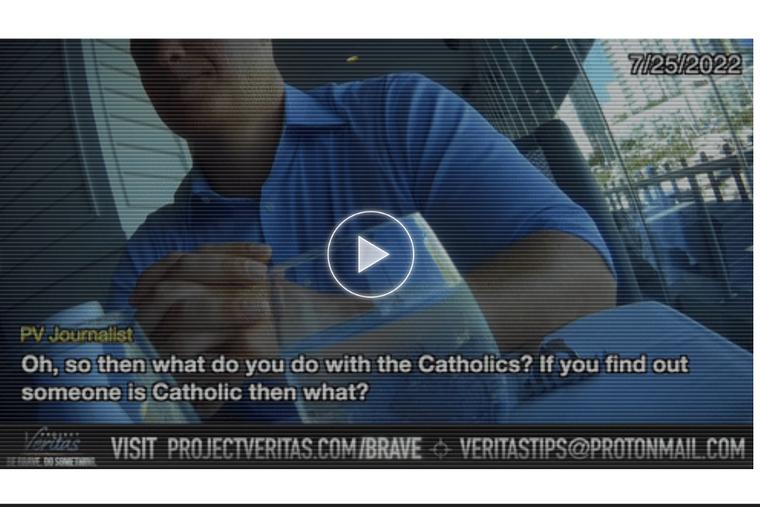 GREENWICH, Conn. — A Connecticut public school administrator said he doesn’t hire Catholics or conservatives as teachers and that he designs questions during interviews to ferret them out, according to an undercover video published by Project Veritas.

In the video, Jeremy Boland, assistant principal at Cos Cob School, a public elementary school in Greenwich, Connecticut, described how he hires “the right teachers” while talking to a woman he imagined to be a sympathetic journalist. The conversations, which Project Veritas says took place in July, were recorded by hidden cameras.

Boland frequently smiles and laughs as he describes how he gathers information from job seekers in the video, which includes the following exchange:

Project Veritas: So have you found, like, that certain religions tend to be more right-wing?

Jeremy Boland: Almost all of them.

Project Veritas: What do you mean?

Boland: The only one, and I’m not a huge expert on religion, but Protestants in this area are probably the most liberal. But if they’re Catholic? Conservative.

Project Veritas: Soooo. So then what do you do with the Catholics? If you find out that someone is Catholic, then what?

Boland: You don’t hire them. [laughs]

Project Veritas: So would you ever hire a Catholic, then?

Boland: Honesty, I don’t want to.

Project Veritas: I agree, but why not?

Jeremy Boland: ‘Cause it’s just that, there’s always that, if they were raised hardcore Catholic, it’s like they’re brainwashed. You can never change their mindset. So when you ask them to consider something new, like a new opportunity, or you have to think about this differently, they’re just stuck real rigid.

Connecticut state law makes it illegal to discriminate in hiring practices against someone on the basis of religious creed.

In the video, the assistant principal also says he tries to screen out conservatives. One way is by making sure he only interviews applicants 30 and younger. Older than that, he said, “the more set in your ways, the more conservative you get.”

He also talks about asking job candidates how they would handle a transgender student — the right answer is to affirm the student’s gender identity. Another question asks how a candidate would handle a complaint from a parent over curriculum; if the candidate sides with the parent in the hypothetical situation, the candidate doesn’t get the job, Boland says.

“You tell me,” she responds.

“We work for the kid,” Boland says.

“So it’s not about parenting,” the interviewer asks.

“It shouldn’t be, I don’t think,” Boland responds.

A significant goal of education at the school, he said, is to get students to think in a left-of-center way.

“You’re teaching them how to think. That’s it. It doesn’t matter what they think about. If they think about it in a logical, progressive way, that becomes their habit,” Boland said.

Left-of-center teachers know how to do it without leaving them exposed to charges of improper indoctrination, he said.

“Believe it or not, the more open-minded, more progressive teachers are actually more savvy about delivering a Democratic message, without really ever having to mention their politics,” Boland said. “It’s subtle. You never say, ‘This is a liberal or a Democratic way of doing this.’ You just make that the norm. This is how we handle things. I mean, it’s subtle.”

Boland wears three different shirts during the video, suggesting three distinct encounters with the Project Veritas interviewer. Each is over drinks at a table at a restaurant.

The Register could not immediately reach Boland on Wednesday afternoon.

“Late last evening, we were made aware of a video that had gone viral with a current administrator from Cos Cob School. We intend to do a full investigation and until that time, we will not make any public statements. We ask that you respect the investigation process during this time,” Jones said in the written statement.

She continued: “We do not, however, support any opinions that promote discriminatory hiring practices based on race, religion, gender, or age in any way, and we want to remind our entire community that our curriculum policies and procedures are strictly enforced by our Board.”

A spokesman for Jones later Wednesday provided a written statement stating that the school administrator depicted in the video has been placed on administrative leave.

Local news reports in Connecticut have emphasized Project Veritas’ past brushes with the law concerning undercover videos, and have noted that the 12-minute video published Tuesday night is what one outlet called “heavily edited.”

Greenwich is a wealthy town of about 63,000 people in southwestern Connecticut, on the New York border. The board of selectmen is the highest elected board in town government, led by a position known as “first selectman.”

Fred Camillo, the first selectman of Greenwich and a former Republican state representative, described the assistant principal’s comments in the Project Veritas video as “shameful” and called for “a full investigation into not only this administrator, but the damage caused to applicants, past and present.”

“To think that Roman Catholic applicants may have applied for teaching positions and not received proper consideration due to their religion seems like something from a bygone era, not 2022,” Camillo wrote on his Facebook page shortly after the video was published. “According to this assistant principal, Conservatives, older applicants, and others deemed not progressive were not given an opportunity afforded others. We are entrusted with the task of educating students, and to encourage critical thinking. Brainwashing and indoctrination have no place in halls of learning, or anywhere else, for that matter.”