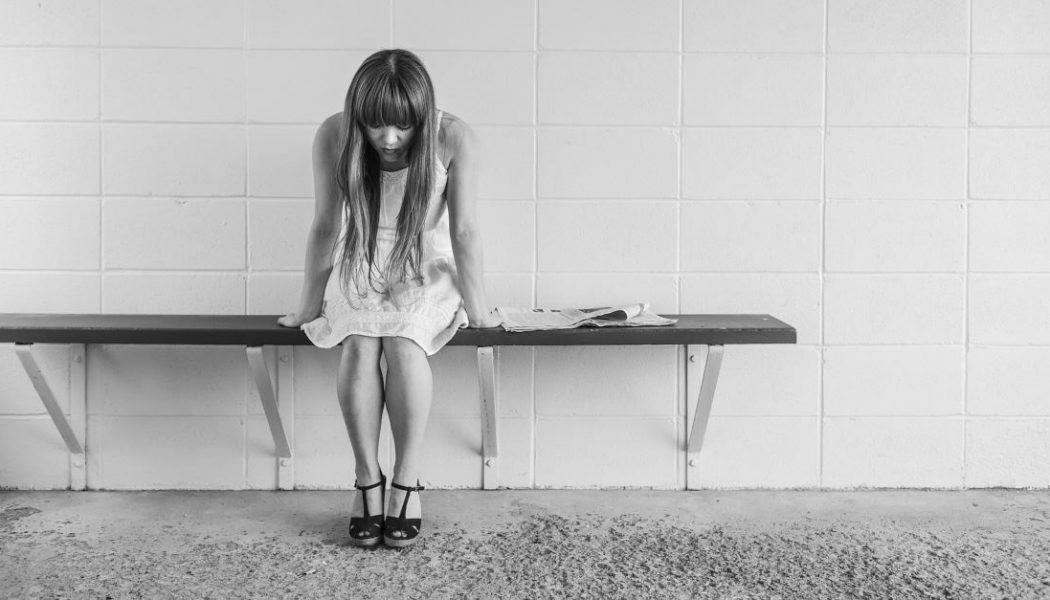 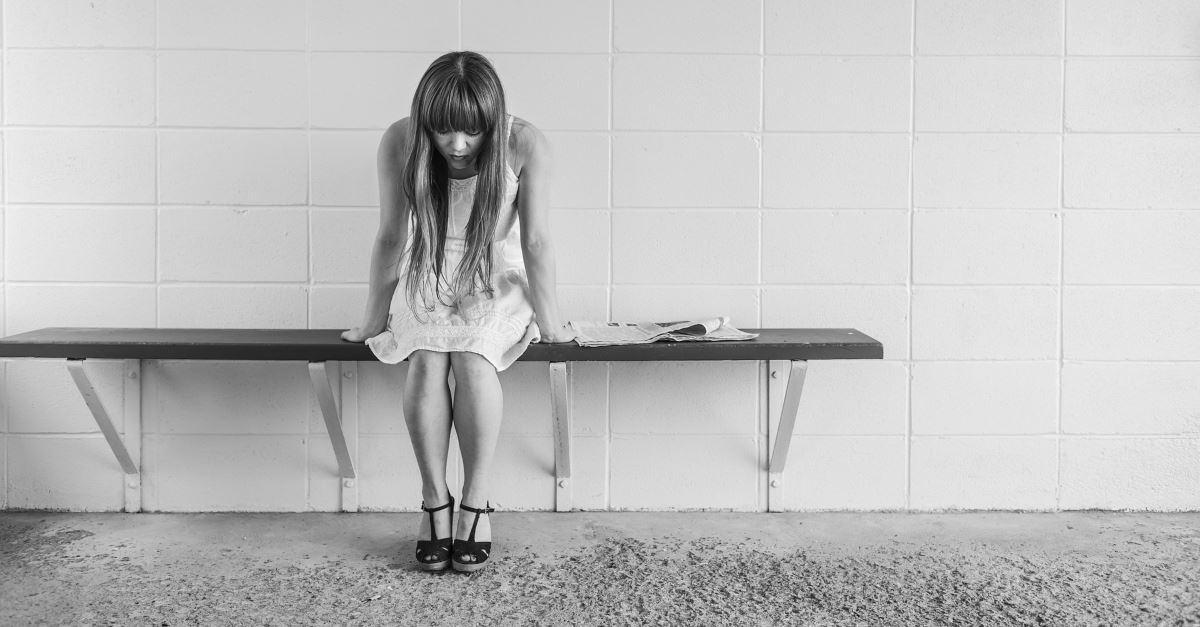 “Congratulations, you’re pregnant!” As she heard the news from the voice on the other end of the phone line, she let out a scream of terror.

What will the neighbors think?

Will I be kicked out of my home?

How will I support myself and my baby?

What do I need to do to survive?

Kay Lyn Carlson was in a crisis situation, and at 17 years old, she could only think about tomorrow, not the future. She had been taught in sex education classes as early as grade school that abortion is an option for a woman facing a pregnancy she did not plan. What a relief it seemed to be when she walked through those doors of the abortion facility and was greeted by comforting voices.

It’s just a blob of tissue.

It’s just a product of conception.

After you go home, you’ll never have to think about this again.

But Kay Lyn would discover that those words were lies. She did think about it again, and the grief and guilt consumed her. She knew that blood had been shed that day. She had lost a baby, a human soul. She tried to suppress the weight of shame that kept forcing its way to the surface of her life, but it would not stay down. Even seven years later, as she and her husband welcomed their oldest daughter into the world, she could not attach herself to the child. In her mind, she was a horrible mother, for she had allowed one of her children to be killed. She believed the consequences of her sin would loom over her forever, and she begged God to take her life. Finally, the pain outweighed the shame, and she sought help in Christian therapy.

Kay Lyn sat down with her pastor and unloaded the burden she had been bearing. “My dear, Christian friend,” he responded in love. “For God did not send his Son into the world to condemn the world, but in order that the world might be saved through Him” (John 3:17). As a woman who felt doomed to hell for committing an unpardonable sin, she had believed in salvation for everyone but herself. This was the first time she felt she could experience God’s love rather than His anger.

Not Alone: In Pain or Potential Healing

Kay Lyn is not alone. As a result of more than 61 million abortions reported in the U.S. since 1973, there are untold millions of women, men, and families suffering the aftermath.

Just as Kay Lyn has experienced healing, her passion is to help others choose grace over the shame and condemnation they feel today. “Many are afraid of seeking help because they fear they will never stop crying, but that’s not true,” she insists. “God is with you the whole way.Even at that abortion table He was with me, and He cried when I cried, and He felt every emotion . . . I left Him, He did not leave me.”

In 2018 she launched the organization Choose Grace International to tend to the heart of reproductive loss. Today, she passionately shares God’s grace to the hurting and educates individuals and communities on giving the gift of life.

What Are Some Ways the Church Can Be a Safe Place to Support Vulnerable Teens?

“What is going on in the church that would make Christian teens want to have abortions?” Kay Lyn pleads, “If Christians would stop having abortions, we would really hurt Planned Parenthood.” According to the Guttmacher Institute, an organization “committed to advancing sexual and reproductive health and rights in the United States and globally,” 1 in 4 U.S. women will have an abortion by age 45. Of those women, researchshows that 70% of them identify as Christians with over 40% of them attending church at least once per month. Right now, hurting women, men, and families are sitting beside us in the midst of a crisis and are afraid to speak up because of their shame and guilt.

Distinguishable from the conviction of the Holy Spirit, “Shame is a soul-eating emotion,” Kay Lyn explains. She knew her pregnancy was a result of her sin, and in her crisis, she did not know how to make the right decision. Many women like her choose abortion because they cannot imagine how they would survive a pregnancy or childbirth and believe they are all alone. “You have to be in a certain place to seek help.”

Though her pregnancy was unplanned by her, she needed to understand that God has a plan for every pregnancy and every life. She needed to trust that the church would respond like Jesus and embrace and support both her and her child physically, emotionally, and spiritually, and she needed to feel secure that her church would be a safe environment for repentance and healing.

1. Open the conversation in love through testimony.

Kay Lyn’s pastor allowed her a platform to share her testimony of God’s grace and faithfulness so that those who need help will not be afraid to seek it. Sharing the testimonies of both men and women whose lives have been affected by abortion or unplanned pregnancies opens the door for other women and men to feel safe and to know that they are not alone.

Those in crisis can know that they can come forward, even in their sin and shame, and they will be loved. Their child will be loved. By seeing examples of God’s grace and healing in front of their own eyes, they will begin to know Christ’s forgiveness and see that the body of Christ will be a safe place to come to for healing.

2. Embrace programs in the church that offer readily available resources.

Programs such as Embrace Gracehave been created to “inspire and equip the church to love on single and pregnant young women and their families.” As churches advocate for pro-life, programs like Embrace Grace empower the church to be a secure place for young women in crisis to come in their time of need. They also provide practical assistance and encouragement to families who choose life, whether they will be walking the pathway as a single mom or placing them into adoption.

Hosting a program like Embrace Grace in the church, or any support group that can be started by members, communicates that the church, the body of Christ, will be the place a young woman can turn to in her time of need. Churches can take advantage of resources and groups provided by ministries like Kay Lyn’s Choose Grace Internationalwhich will supply helpful and effective resources to address reproductive loss and support and serve those needing professional care to help them recover from their loss.

When churches step up and support such programs broadly, they are showing that they value putting time and resources into supporting families, not only in the midst of their crisis, but also long term as they live and grow and continue to find their way through life. Supportive efforts such as campaigns to raise money, funds, and supplies for the centers are a tangible way the church can show up for these families.

4. Reveal the truth about abortion.

Churches can help parents teach their children the consequences of sinful behavior from early on. As Kay Lyn recalls from her own experience, many educational programs intended for children such as the anti-drug campaign and even drivers education classes, clearly and graphically show teens the ugly and often deadly consequences of their actions. In contrast, Kay Lyn, along with millions of teens in sex education classes, was taught that abortion is an easy out.

According to Planned Parenthood, “In-clinic abortion is a very safe, simple, and common procedure.” In her mind, there was no deterrent to sinful behavior when she lost her way except to keep her sin a secret. Abortion, she thought, would provide the simple answer. She firmly believes that if teens could learn the ugly truth, the physical pain of the procedure, and the lifelong spiritual and emotional consequences, they would think twice about choosing abortion as a solution. She implores us not to forget to educate both young women and young men, and the earlier, the better. While many efforts focus on the women and mothers, she reminds us that men experience lifelong consequences as well, for they share equal responsibility for pregnancy and in over one-third of cases are the primaryperson the pregnant woman consults when trying to make the decision on whether or not to abort.

One simple message may be all a vulnerable teen needs to hear in order for her to make the decision to let her baby live rather than choosing abortion. Follow Jesus’ example of the woman who was caught in adultery and brought to Him by the Pharisees. In John 5 He instructs the Pharisees, “Let him who is without sin among you be the first to throw a stone at her.” Not one of us is qualified to cast that stone. With compassion, He forgave her past and directed her towards the future. “Neither do I condemn you,” Jesus comforted her, “– go and sin no more.”

Hollie Gilman has spent the last 20 years momming, homeschooling her 3 almost-grown-and-flown children, and working with her husband of 23 years. She is a lifelong passionate learner in all things Faith, Health, and Leadership andloves to find the humor and heart in the common experiences so many busy parents share. Sheis currently enjoying her new life in the country (being a pretend farmer) just outside her hometown of Richmond, VA.Her work has been featured in Coffee+Crumbs, Richmond Family Magazine, and Parkway.org, and occasionally she spills her guts on her blog tryingtowalkandnotfaint.wordpress.com.