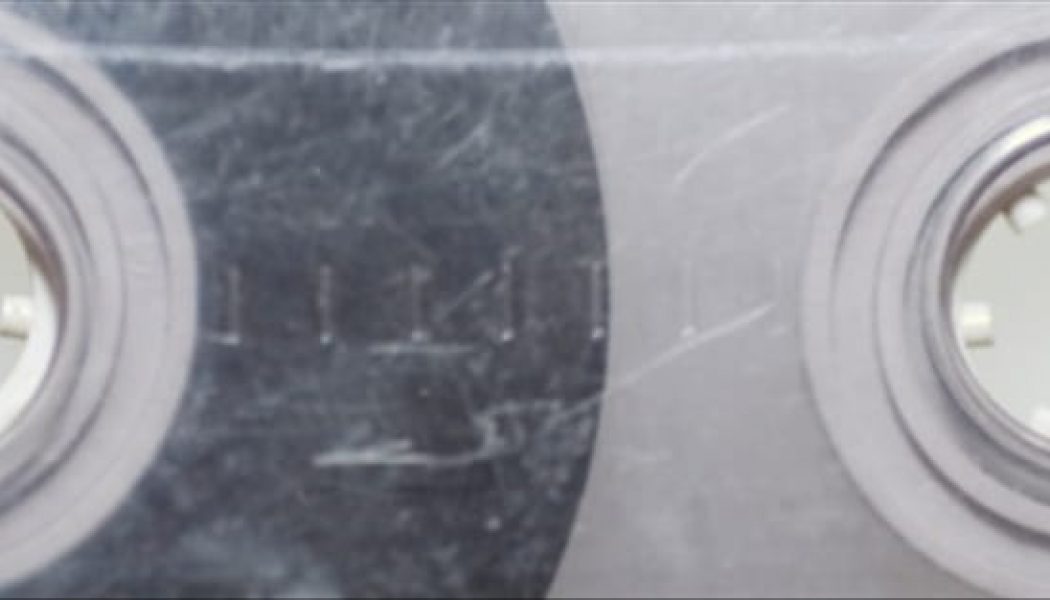 You know music has power when it has you shivering while running in hundred-degree heat.

Güngör’s Ghosts Upon the Earth is like that, though. From the opening track, the album screams its willingness to be and do something terribly different from most Christian music of the last quarter century. For one thing, this is an album, not just a collection of songs. For another, the musical skill on display here combines with a willingness to forge a new sound, rather than retread the same old pop-rock milieu one more time.

Musical and lyrical unity in an album is a rarity today in any genre, but this album tells a story. Indeed, it tells the story.

But back to those shivers. “Let There Be” is the first and only time to date that any piece of art in any medium has struck me with the same force and intensity as Tolkien’s glorious description of creation in The Silmarillion. One suspects, given some of the commonalities between the two, that Güngör is familiar with “Ainulindalë”, Tolkien’s magnificent chapter of sung creation and sung rebellion and sung divine triumph.

Ghosts Upon the Earth sweeps from this divine moment of joyous creation through an idyllic, Edenic revel in the delight of yet unbroken fellowship with God before plunging through the Fall and into the longing that pierces every heart in this age. But the hope of resurrection comes soon in the proclamation that “when death dies / all things live”, and this theme of hope then undergirds the painful journey that follows. Every joy that follows in this album is tinged with sorrow, but every moment of despair gives way eventually to hope. Again: this is a journey. It is beautiful and broken.

Güngör’s first album, Beautiful Things, had musical interest in spades but sometimes at the cost of musical intelligibility. Much of the album – the titular track the main exception – required repeated listens before I could “get” it, and the recording never entered my regular listening. It was, like many classical pieces I have studied, interesting but not consistently engaging. Here, the band has achieved something remarkable: they have kept the same musical interest and complexity, but in such a way that every song on the album is engaging. You can sing this stuff with them, but you can also dig deep, deep down into the musical guts and find there remains yet more to plumb. That’s hard to pull off.

If you take a look at Güngör’s blog, you’ll note that Michael Güngör has criticized the typical evangelical approach to art, and rightly so. This album isn’t just a piece of music; it’s a salvo in a war against a reductionist understanding of art that typifies so much of evangelicalism. If it has become something of a cliché to attack the evangelical approach to art, there nonetheless remains a need for pieces to fill the gap, and there remains too the need to educate.

One reviewer on iTunes noted that the album confused him. It is not, he noted, a typical worship album, and the lyrics were not all perfectly suitable for use in evangelism. You could not, he suggested, just hand this to an unbeliever and expect them to come away understanding the gospel perfectly. The reviewer seemed particularly confused by the second track, “Brother Moon,” with its references to “Brother Moon” and “Sister Sun” and “Mother Earth.” I was bemused by his concern. Every reference to nature points right back to the Creator behind it all. More, the song is an innocent, Edenic revelry in the delight in unbroken fellowship with God and in all his hands have made. In the end, the album is as gospel-saturated as one could wish. But this was too much lyrical and intellectual complexity for someone looking for an evangelistic tract in the form of an album.

A high profile Christian music website posted a discussion of another song (“This Is Not the End”), along with a walkthrough of the music a few months ago. The comment thread – to my sorrow, but unfortunately not my surprise – read much like that iTunes review. “Why isn’t Jesus mentioned explicitly in this song?” wondered nearly half the comments. “How can this be a ‘worship’ song?” The closing lines of the song, “We will shine like the stars / Bright, brighter” came in for particular criticism. Complaints ranged from that lack of explicit reference to God to comparisons to New Age philosophies.

This revealed a certain lack of Biblical literacy, of course – Esther conspicuously fails to name God; the closing lines of the song are a direct allusion to Daniel – but they also revealed an inability to grasp the song in its context, or to understand how art can carry meaning without functioning didactically.

That, of course, is as it should be. God called the world good in the act of creating it: before the fall, before the need for the evangel ever arose, the world was good. Creating beauty is good. The world has intrinsic value, not merely as a means to an end, for it was made to show forth the splendor of God, and so it does. Artistic endeavors themselves have merit1 even (or especially) when they avoid preaching and stick to painting.

It may be cliché to say that evangelicals are bad at art – we are, and I think most thoughtful folks know it – but we struggle to identify why we are bad at art. Some point to the liturgical traditions from which great Christian artists have sprung. There is likely some merit to this point: liturgical traditions consciously embrace the role of beauty and narrative in the service in ways that evangelical services generally eschew for simpler and more viscerally emotional responses.

More fundamental, I suspect, is our tendency as evangelicals to see the world in terms only of mission.2 Along the way, we lose sight of many important truths: the beauty of vocation dimmed by overemphasis on vocational ministry, the delight of community buried under the weight of too many programs, and the value of art hidden in its subsumption under propagandistic didacticism. We struggle in each of these areas because we do not recognize that all things work to the glory of God.

My aim is not to diminish evangelism. (Quite the contrary, as will become clear in a moment.)

In so doing, we not only diminish those other goods; we hurt our evangelistic cause. We paint a shallow picture of a God smaller than He is: a God who has no time for ordinary men and women, for simple joys, for the beauty of the world He made. And the remedy cannot be trying to do each of those better for the sake of getting people to recognize him; that’s just more of the same. Rather, we need a recovery of the value of each sphere. Family, government, vocation, art, community, sport, and yes, evangelism: these are distinct goods. Christ is at the center of all of them, but they point to him differently. Art is not for propaganda; it is for beauty and for meaning.

That Güngör’s music is not an evangelistic tract, not readily turned into yet one more worship anthem, is in fact one measure of its real artistic quality. That alone does not qualify it to be good art, but it is a prerequisite. Until we grasp that, we will be left making gospel tracts into movies and songs and novels, and wondering why our art is so terrible.

Now: evangelicals have one other terrible tendency. We criticize far more than we do the hard work of solving problems. The solution to this problem is simple and hard: go make some good art. The kind that is nuanced, interesting, saturated with biblical truth and with its eyes wide open to all the beauty and all the horror of the world as it is; that doesn’t feel the need to teach a lesson or explicate a message; that simply revels in and shakes at the world God has made for us.

Oh, and when you find someone getting this right, make sure he can keep doing it by supporting him.

Here’s a great place to begin: Ghosts Upon The Earth.

Chris Krycho is a programmer by day, a web designer and developer by night, a husband and father always. He’s also a theologian, a writer, a runner, and (sometimes) a composer. Chris serves at Wildwood Community Church (wildwoodchurch.org), where he leads a small group and occasionally teaches adult classes. Chris blogs at Mere Orthodoxy and on his various blogs catalogued at ChrisKrycho.com. You can follow him on Twitter @chriskrycho.

1. The degree of merit an artistic piece has is of course up for discussion. Art is not neutral, and it is not wholly subjective. Art has value to the extent that a piece of art rightly reflects the world as it is – including the one behind it all – and challenges us to engage the world more truly. So evangelistic tracts and jingoism are of much lower value than secular works that provoke us to delight in what God has made, even unintentionally. But this also allows us to reject the purely deconstructive as ultimately destructive and therefore un-artistic. Much more could be said about this.

2. Some might quibble with me that evangelicals are often very distracted from mission. This is true in the narrow sense; but we are usually distracted from the mission by some other mission. The gospel is not usually replaced, among evangelicals, with anything but some other gospel: a social gospel, a social justice gospel, even an art gospel. We are people who consciously aim everything at mission, even if sometimes the wrong mission.