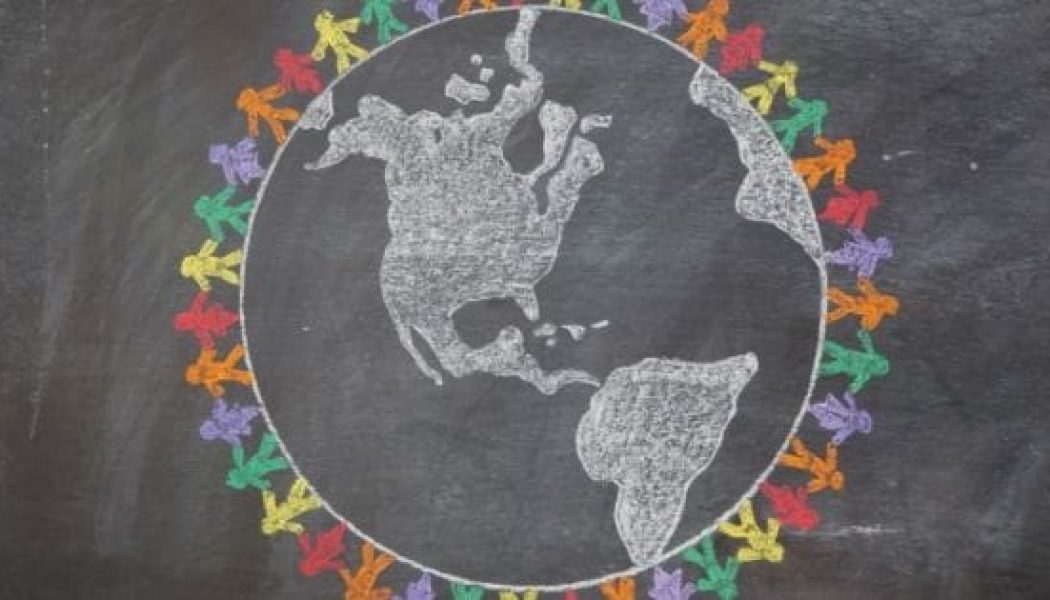 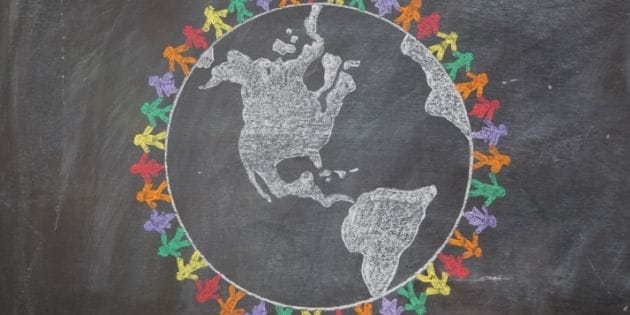 There possibly isn’t a more complex yet important topic as race as it relates to the Word of God and the church. To understand our differences and why they are good, we must first understand our origin. Because of the sin of partiality and pride, it is problematic for some to truly believe the idea of racial equality. But this equality isn’t a man-made, modern, social justice theory. We aren’t arguing for something unjust. Rather, the equality of people originated from God.

J. Daniel Hays wrote a compelling book, From Every People and Nation, addressing the biblical theology of race. In it he explores the origins of race and ethnicity, looking at current-day definitions, stereotypes, and poor biblical interpretation, reevaluating the concepts, and expounding Scripture. For him, and for us, understanding race begins with understanding Adam, the first man. He writes:

The Bible does not begin with the creation of a special race of people. When the first human is introduced into the story he is simply called `ādām, which means ‘humankind.’ . . . Their “race” is not identifiable; they are neither Negroid nor Caucasian, nor even Semitic. They become the mother and father of all peoples. The division of humankind into peoples and races is not even mentioned until Genesis 10.[i]

Racially generic Adam represents all of humankind made in the imago Dei (image of God). We are all made in God’s image, but what does that mean? Scholars have debated just what it means to be made in the image of God. According to Hays, it has been widely accepted to mean that humans share God’s mental and spiritual faculties though certainly to a far lesser degree. We are unique in God’s creation, able to rule over animals and the earth; we have souls; and we are able to commune with God. We are made for fellowship, reflecting the triune God.

Psalm 8:1-5 proclaims: “O Lord, our Lord, how majestic is your name in all the earth! You have set your glory above the heavens. . . . What is man that you are mindful of him, and the son of man that you care for him? Yet you have made him a little lower than the heavenly beings and crowned him with glory and honor.” God has given each of us dominion over the works of his hands, equally. God is mindful of each person He creates, equally. Understanding our equality before the Lord and the origins of creation should be enough to break the barriers of racial strife. But perhaps part of our confusion is derived from a misinterpretation of Genesis 9:1–27 and the so-called curse of Ham.

So what happened? Genesis states that the people of the whole earth were dispersed from Shem, Ham, and Japheth, the sons of Noah. Ham was the father of Canaan; that’s important to state upfront. One night Noah became drunk and lay naked uncovered in his tent. The youngest of the brothers, Ham, saw his father and then grabbed his brothers Japheth and Shem to see. When the other brothers came, they covered Noah. Upon awakening, Noah, humiliated by the series of events, cursed Canaan the son of Ham, stating that Canaan would be “a servant of servants shall he be to his brothers” (v. 25). The curse fell on Canaan alone and not on all of Ham’s sons. Unfortunately, the curse has been misapplied to all of Ham’s descendants rather than just to Canaan.

The significance of the events comes in Genesis 10 when we learn that Ham’s descendants are the Cushites, who are linked geographically to Africa. Throughout history, Christians have justified slavery by citing the so-called curse of Ham as proof that black Africans were destined and designated for such a station in life. This misinterpretation infiltrated the American South and after the Civil War was used heavily within the church. Hays again writes:

After the Civil War, the “curse of Ham” was used by white clergymen to fight the notion of racial equality and the rights that would accompany such equality (voting, education, etc.). Richard River, for example, editor of the Louisville Central Methodist, argued in an 1889 editorial for the popular view that, so long as the two races must live together on American soil, the black man “must occupy the position of inferiority,” and that “Ham must be subservient to Japheth.”[iii]

Japheth’s descendants were coastland people, and they settled in Europe and Asia Minor and are thus interpreted as being racially white. The misinterpretation of Genesis, though not widely accepted now, continues to be reprinted in commentaries even today. Again, the curse has been misapplied to all of Ham’s descendants rather than just to Canaan. What is also interesting—and further undermines the modern “curse of Ham” application—is that the Canaanites are ethnically most similar to the Israelites.[iv]

Does Race Even Exist?

It’s worth noting that for some, the concept of race not only doesn’t appear in the Bible but is actually fabricated. In other words, the origins of race are not rooted in Scripture but in a sociological construct. Author and Senior pastor of First Baptist Church of Grand Cayman Thabiti Anyabwile has taken up the cause to rid the world of the term race and argues that the word race was developed for four reasons: society, the fall of man, psychology, and interaction with people (he would say blacks helped define “whiteness” for whites, and whites helped define “blackness” for blacks). [v]Anyabwile’s basic premise is that because of our origin (all created in the image of God with Adam as our representative), we are one mankind with varying tongues, nations, tribes, families, and skin color, but there is little to nothing genetically or biologically that makes us different races (or species). We are all the same race (i.e., species). In his view it would be more accurate for us to identify one another by our ethnicities, which is in the Bible.

In a recent interview I conducted with Pastor Anyabwile (available in its entirety in the appendix of United), he elaborates on this point:

When we read the Bible, one useful question to ask ourselves is: What story is the Bible telling me about the origin of humanity and its diversity? When we ask that question, we see several things. First, Eve is “the mother of all the living” (Genesis 3:20). Second, several generations later, the human line is narrowed again to one family, that of Noah and his sons (Genesis 6–9). All the families of the earth are descended from Noah’s three sons and their wives (Genesis 10). “From these the nations spread out over the earth after the flood” (v. 32 NIV). These “nations” are not national city-states, but “clans and languages, in their territories.” In other words, these are large kinship and language groups. The story the Bible tells is one of continuity, not discontinuity, which “race” at least implies. So you get the pronouncement of Acts 17:26—“From one man he made every nation of men, that they should inhabit the whole earth. . . .” (NIV).

This is the way the Bible speaks of our common ancestry and of the ethnic diversity we seek. It’s a diversity within the same species, if you will. In fact, genetic science has proven that there is no subspecies in mankind. There’s not enough genetic variance to meet the tests of science.

Think of the grief and despair that would have been avoided had we always operated under these convictions. Nonetheless, this is not widely accepted or understood at the moment, and part of that (if not all) is due to the fall of man. As God’s image bearers we are all equal. We are equal in dignity and worth. We are created equally in His image. We are also fallen equally (Romans 3:23). Genesis 1:26 explains that God created man in His image. Of all God’s creation, we are the only ones created in His very image; we have dominion over the rest (Genesis 1:28). It is a profound mystery (God is spirit, so we do not bear his physical image, John 4:24) and yet a great privilege. Understanding our equality as image bearers changes everything we think about our human relationships.

Trillia Newbell is a freelance journalist and writer. She is the author of United: Captured by God’s Vision for Diversity (Moody 2014). She writes on faith and family for The Knoxville News-Sentinel,   Karis, The Gospel Coalition , Desiring God,  and the Ethics and Religious Liberty Commission of the Southern Baptist Convention. Her love and primary role is that of a wife and mother. She lives in Tennessee with her husband Thern and their two children. You can learn more about her via her site www.trillianewbell.com and follow her on twitter: @trillianewbell.

[v]Thabiti Anyabwile, “Where Does Blackness and Whiteness Come From?” January, 26, 2012, http://thegospelcoalition.org/blogs/thabitianyabwile/2012/01/26/where-does-blackness-and-whiteness-come-from/