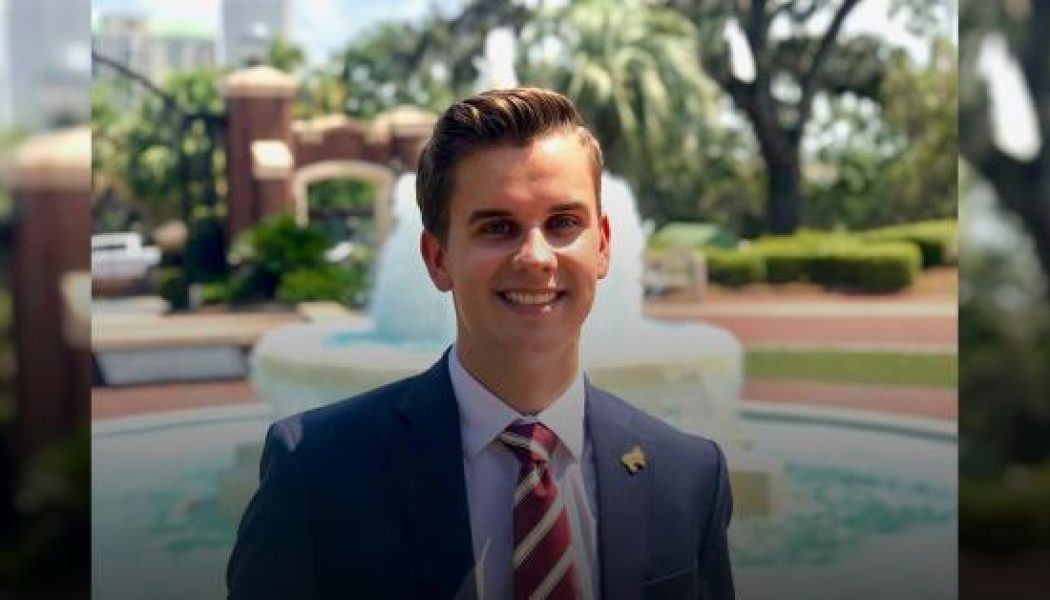 Public universities are supposed to be marketplaces of ideas where free expression is encouraged, not shut down. Unfortunately, that hasn’t been my experience.

I should be finishing my term as Student Senate President at Florida State University. Instead, I was removed from the position this past June. Why? Simply because I stated well-known Catholic doctrines in a private group chat made up of students in the Catholic Student Union at FSU.

I’m a senior at Florida State University studying political science. In my free time, I’m involved in the Catholic Student Union and the FSU Student Senate. I was first elected to the Student Senate during the fall semester of my freshman year. After my faith and my coursework, serving the student body as a senator was my top priority—I’ve sponsored numerous pieces of legislation, and I rarely missed a meeting.

In college, there are an overabundance of extracurricular opportunities, but I chose to dedicate my time to the Student Senate. After two years of faithful service and hard work, I was elected by my peers in the Student Senate to serve as their President. I consider this my greatest honor at Florida State University. During my tenure as President, I oversaw one of the most highly engaged senates in recent years at FSU. My term as President was going very well, but eight months into the one-year term I lost my job for my faith.

As a member of the Catholic Student Union, I was part of a large group chat in which students could send prayer requests and offer encouragement to each other. However, shortly after the killing of George Floyd, a student in the group chat sent a link to a video asking us to watch it. The more views the video received, the more money would be donated to various groups supporting the Black Lives Matter movement. Among these groups were BlackLivesMatter.com and the American Civil Liberties Union (ACLU). These groups advocate for policies that explicitly contradict what the Catholic Church teaches. For example, I mentioned BlackLivesMatter.com’s stance on LGBT matters and the fact that the ACLU advocates for wider access to abortion. As a Catholic speaking to other Catholics, I felt compelled to point out the discrepancy between what these groups stand for and what the Catholic Church teaches. So, I did.

Without my permission, someone in the group chat took screenshots of my messages and sent them to members of the Student Senate entirely out of context, claiming that I was unfit to serve as President. Later that same day during our regularly scheduled Senate meeting, a senator made a motion to take a vote of no confidence in me. I was completely blindsided. I heard senators and friends claim I no longer represented the interests of the student body. They said I was unfit to serve. Needless to say, it was a very difficult experience. When it came to a vote, the motion failed to meet the two-thirds threshold it needed to carry—about 57 percent voted to remove.

But it didn’t end there. That night and the next day were even worse.

Students rallied to remove me–thousands of them signing a petition calling on the Senate to oust me. The senators started their own petition asking me to call a special meeting of the Senate for that Friday solely for the purpose of taking another vote of no confidence. I chose to call the meeting, and two days after the first vote of no confidence, there was a second. Only this time it was preceded by six hours of student comments in which about 100 students spoke primarily in favor of my removal. Ultimately, the Senate sided with the mob and removed me as President. My term in the position I worked so hard to attain was taken away because I chose to speak up for my faith.

I never would have imagined all this happening simply because I stated well-known Catholic doctrine within a private Catholic group. I always treat people with decency, respect, and kindness. As a Christian, it would be hypocritical of me to treat anyone unfairly for any reason.

Before the Senate took the second vote of no confidence, I reaffirmed my beliefs stating “that each and every being is individually worth more than the whole Universe. There is not one person who is an exception to that statement. You are loved by me and your Creator.” I think this is the most important statement I ever made in the Senate.

There is a false narrative on college campuses today that you have the right to not be offended—anything that offends you is hate speech. While I went to college to be challenged and develop my critical thinking skills, I have found that not many college students share these reasons.

My experience should serve as a warning to my generation.

The First Amendment is universal and protects people of all beliefs. Public universities that discriminate against religious students violate the First Amendment, plain and simple. If high school and college graduates are leaving their campuses without a firm understanding of our constitutional rights, then the United States may only be a generation away from losing those rights. In the words of Ronald Reagan, “Freedom is a fragile thing and is never more than one generation away from extinction. It is not ours by inheritance; it must be fought for and defended constantly by each generation, for it comes only once to a people.”

I hope and pray that my generation will rise up to the challenge to protect the rights enshrined in our Constitution so that we may pass them down unadulterated to the next generation of Americans.

That is what I am working to do at Florida State University. And I hope my story communicates this message to my peers as well as future students: Freedom is worth defending.