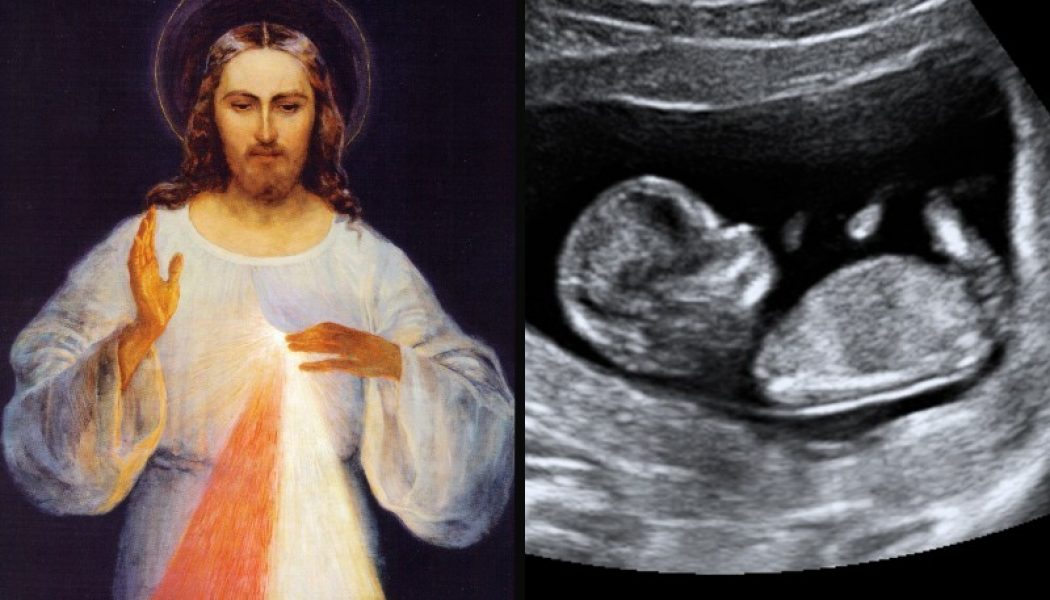 The Divine Mercy Chaplet is SO powerful!

Fr. Chris Alar of the Marians of the Immaculate Conception explained in a recent video the primary reason why Jesus may have given the Divine Mercy Chaplet to St. Faustina.

Fr. Alar explains an experience St. Faustina described in her diary relating to the heinous sin of abortion. He adds that the devil uses crimes against human life because he hates God’s mercy.

“If we think this is only a political issue that shouldn’t be discussed in churches, you might want to see what St. Faustina said about this.”

“At eight o’clock, I was seized with such violent pains that I had to go to bed at once. I was convulsed with pain for three hours; that is, until eleven o’clock at night. At times, the pains that caused me to lose consciousness.

“Jesus had me realize that in this way, I took part in His Agony in the garden, and that He Himself allowed these sufferings in order to offer reparation to God for the souls murdered in the wombs of mothers.”

“If only I could save even one soul from murder by means of these sufferings!”

“One day, Jesus told me that he would cause a chastisement to fall upon the most beautiful city in our country. I saw the great wrath of God and a shudder pierced my heart.

“Jesus said to me, ‘My child, unite yourself closely to me during the Sacrifice of the Mass and offer My Blood and My Wounds to My Father in expiation for the sins of that city.’”

In a sworn testimony during her beatification process, Bl. Michael Sopoćko said St. Faustina responded that it was due to “the crimes committed there, especially on account of the massacre of infants not yet born, as the most grievous crime of all.”

The city Jesus referred to was Warsaw, Poland, which was a “very prominent center for providing abortions, and abortions were usually performed there between the hours of 8:00 and 11:00 p.m. — the exact time St. Faustina said she had those abdominal pains.”

The Connection Between Abortion & the Divine Mercy Chaplet

“If we read further,” Fr. Alar continues, “The Chaplet of Divine Mercy may actually have been given to stop this. How do we know that? Read what St. Faustina said on Sept. 13, 1935”:

“When I saw the sign of Divine wrath, which was about to strike the earth, and in particular a certain place, I began to implore the Angel to hold off for a few moments. But my plea was a mere nothing in the face of the Divine anger.

“Just then, I saw the Most Holy Trinity. At that very moment, I felt in my soul the power of Jesus’ grace. When I became conscious of this grace, I was instantly snatched up before the throne of God. I found myself pleading with God for the world with words I heard interiorly.

“As I was praying in this manner, I saw the angel’s helplessness. He could not carry out the just punishment, which was rightly due for sins. Never before had I prayed with such inner power as I did then.

“The next morning, when I entered chapel, I heard these words interiorly: Every time you enter the chapel, immediately recite the prayer which I taught you yesterday.”

Fr. Alar says the words Jesus referred to were the words of the Divine Mercy Chaplet.

Here’s the full video below:

For the sake of His Sorrowful Passion, have mercy on us and on the whole world!

[See also: How to Pray the Divine Mercy Chaplet]

Put on the whole armour of God, that ye may be able to stand against the wiles of the devil.
Ephesians 6:11
DailyVerses.net