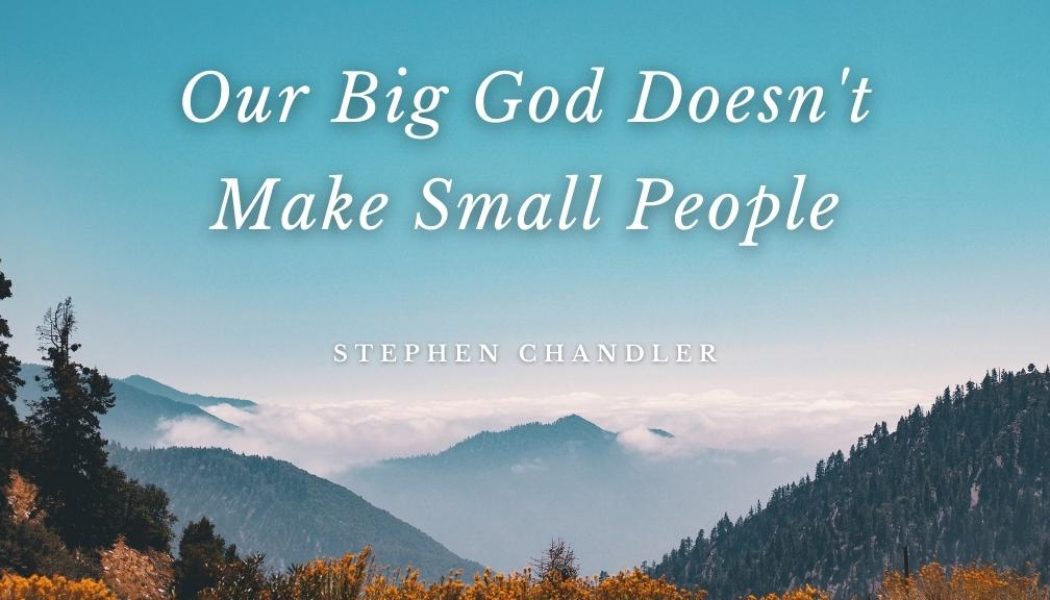 “You, the Mighty One who created the universe, live in me!”

If you are anything like me, at some point you have dealt with the warring thoughts of wanting more out of life but feeling guilty about your lack of contentment. If God wanted to give me more influence, ability, or fulfillment, He would have, right? I think sometimes. Isn’t my desire for more an indication of a lack of gratitude—or even worse, rejection of what God has for me?

I’m not the only person who has thoughts like that this, am I?

Getting Answers From the Bible

As a pastor, I spend a lot of time reading the Bible, and I love it. Like, love love it. Not only because Scripture holds life, truth, and keys to unlock God’s miracles in my own life—though that’s the main reason—but also because there is comedy gold in its pages.

One such comically awkward account is found in Matthew 20, where two of Jesus’s disciples attempt to reach for greatness, making two major mistakes along the way.

The Story of James and John

The first mistake these brothers made was simply one of poor timing. James and John wanted to be the second and third most powerful people in God’s coming kingdom, seated to the right and left of Jesus’s throne. But they asked for places of greatness right after their Lord explained the excruciating level of pain He would have to endure to accomplish His own great purpose:

“The Son of Man will be delivered over to the chief priests and the teachers of the law. They will condemn him to death and will hand him over to the Gentiles to be mocked and flogged and crucified” (Matthew 20:18–19 NIV).

James and John’s response to Jesus’s shocking announcement was, essentially, “Cool, okay, neat, but we’d like to be famous.” Talk about awkward!

But the second of their mistakes was even cringier: They sent their mom to ask for greatness on their behalf.

Jesus was planning to leave everything He built to these men, and they didn’t even have enough confidence to ask for themselves. This is what I suspect: James and John sent their mom because they were ashamed of their ambition, ashamed they even desired greatness.

They’re not alone in wrestling with shame. Many Jesus followers I know wonder, “Am I even allowed to want greatness? Isn’t it all up to me just to accept what He gives and be grateful?” If that line of inner conflict sounds familiar, I have good news for you: Jesus didn’t get angry at James and John for desiring to be great.

When James and John’s mama asked Jesus to make her very special boys the second and third most powerful people in His kingdom, the other disciples had a fit—but Jesus told James and John how to do it! This blows my mind. He didn’t chastise them for being conceited and wicked nor mock them for being fishermen with delusions of grandeur. He didn’t tell them just to be grateful they were part of His kingdom at all. Instead, He gave them instructions on how to make their reservations for greatness:

God Wants More For You

Your longing to win, to build something of significance, to leave a lasting mark on this earth—none of these desires are offensive to God. In fact, look at Genesis 1:27: “God created mankind in his own image, in the image of God he created them; male and female he created them” (NIV). Male or female, each of us is handcrafted as a reflection of God’s image.

Made In His Image

Let me ask you this: Is God small? Powerless? Average or mediocre? No, no, and a thousand no’s more! Human beings are made in the image of a great God, a holy God, a powerful God, the Creator and Sustainer of all that we see. How in the world could we imagine that longing to be great, like Him, is ungodly? If God made powerless or insignificant people, they wouldn’t be made in His image. Our big God doesn’t make small people.

If you’re not dead, there’s more—not necessarily more that God wants from you, but more that He has for you. When it comes to greatness, too many people are just waiting to get lucky. However, God made you on purpose, with a purpose, and will equip you for your purpose. So, what are you waiting for? 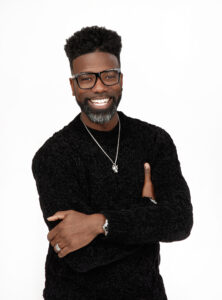 Stephen Chandler is the senior pastor of Union Church based in Maryland and the author of Stop Waiting for Permission. Since 2011, Union has grown from a group of fifty to thousands of people in weekly attendance, with tens of thousands joining live online every week. Stephen’s obsession with people, systems, and culture resulted in Union Church being named the fastest-growing church in America by Outreach magazine. A sought-after international speaker, he is unapologetic about helping leaders maximize their God-given passion. Stephen’s true legacy is his wife, Zai, and their three beautiful children, Zoe, Roman, and Jade.

This 360-degree rotating bumper car is the perfect method to entice kids to put down their devices and play outside. Birth of a baby. Accessories.