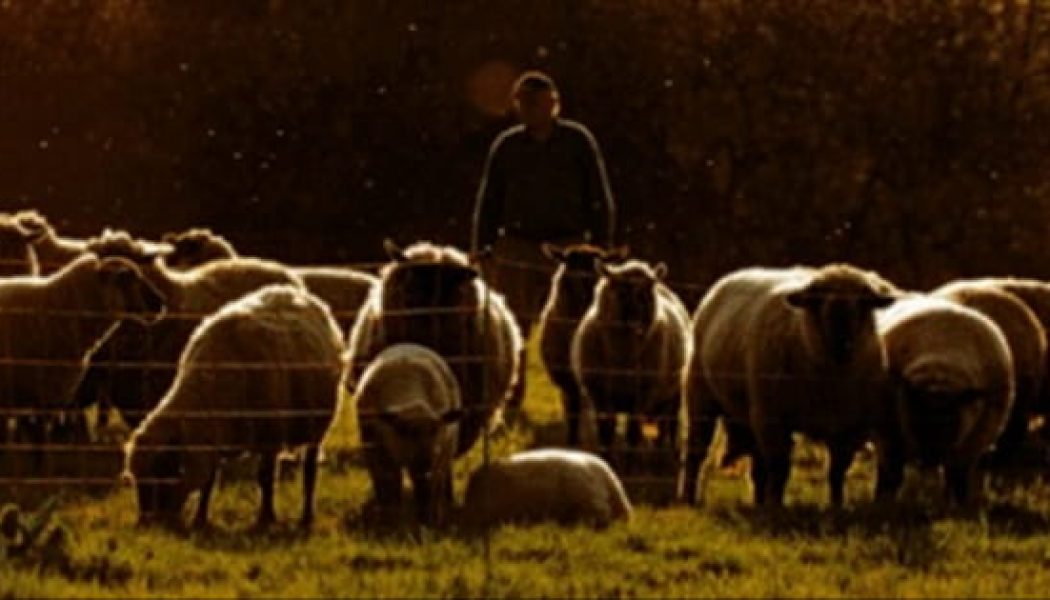 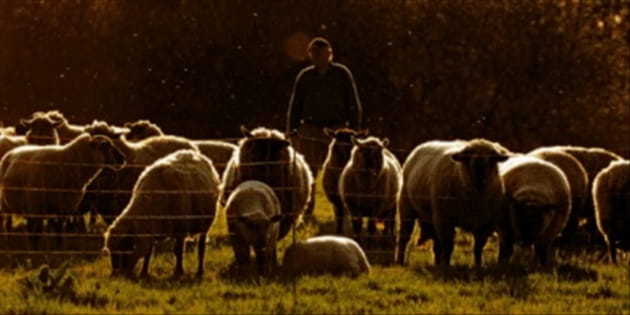 When I first started hearing about the ministry of Steven Furtick, I thought someone was describing a character from Doug Wilson’s novel Evangellyfish. Here is the quintessential rock-star pastor replete with narcissistic reflection and a following that will jump when he snaps his fingers or when he bites his lip under the glow of stage lights (see here and here). It seems Furtick is not too unlike Wilson’s fictional character, Johnny Quinn:

And at one point in the church’s history there might have been a handful of people disturbed by this kind of thing in the church, but they had all died and gone to heaven quite a number of years before. Frankly, none of these people cared about it now, apparently having better things to think about. But Johnny still agonized over such things—what size earring would the apostle Paul have worn if his mission had been to the skateboarding and pants-droopy youth of today? Not an easy question to answer.

Not unlike Quinn, Furtick’s approach to ministry is mind-bendingly sub-biblical. If you watch closely you see a lot about “harnessing strategic momentum initiatives” which is #7 in Furtick’s core values or as it is called, “The Code.” He is “all about the numbers” (#9), and “known by what we are for” (#11), amongst other values. However, the heart of such verbiage strikes a discordant apex at core value # 4:

“We Are United Under One Vision (Elevation is built on the vision God gave Pastor Steven. We will aggressively defend our unity and that vision.”

I’m genuinely curious. Has the Triune God given anyone else this “vision?” Am I missing something by not receiving the same? How detailed is this revelation? Does such a message carry the same authority as Scripture? If not, why since it evidently was given by God to Mr. Furtick? What if Furtick’s vision is radically different from Jesus’ vision for His Church?

I believe that Furtick’s statements are damaging to the broader body of Christ, the witness of the Church in the world, and to the office of elder. I’m also writing for my fellow shepherds to remind them that this is not God’s design for leadership of His most precious possession. Finally, I want to encourage fellow sheep that have been lead and mislead by manipulative visionaries who abuse the flock all for the fame of their own name.

It is difficult to write things like this because dissenting voices are either ostracized or caricatured as “discernment police” or “heresy hunters.” While there are some who troll the Internet looking for the next pastor scandal, my concern is for the Church. What does the Bible say to pastors who are flirting with Furtick’s approach to ministry or to those sheep who are under the dominating thumb of a misguided minister? Four principles of healthy spiritual leadership come to mind.

1) God’s Leaders Are Shepherds, Not Lords.

The Bible says that church leaders are shepherds (Acts 20:28; 1 Peter 5:1-2; cf. John 21:16).[1] Some pastors unwittingly eschew solid and timeless biblical terminology in favor of denuded jargon that can essentially mean anything or worse, nothing at all. This not only describes what leaders are, it encapsulates their primary function amidst the church. More than merely being called pastors, church leaders are told to pastor/shepherd. In other words, pastor is not so much a designation as much as it is a job description that entails shepherding. The church needs shepherds not visionaries.

The dominant image-metaphor for leadership in Scripture is that of a shepherd. God often reveals Himself as a shepherd to His people (Genesis 48:15; Numbers 27:15-20; Psalms 23; Psalms 77:20;Mark 6:34). In many ways this reflects the character of God. He guides, leads, nourishes, protects, and cares for His fold as a shepherd does his sheep. Therefore, shepherds in the church must remember that they are under-shepherds to the flock under the supreme headship of the Chief Shepherd (1 Peter 5:4).

The implications for this are significant. There is no room for brash leadership, harsh instruction, or manipulation. Leaders must also subject themselves to their own instructions and teaching. In so doing, shepherds must constantly point the flock to Christ, the Good Shepherd (John 10:11).

2) God’s Leaders Are in the Flock Not Merely over It.

Congregations must care for their shepherd-pastors as one of their own. A church that has a mutual affection for her leaders is a blessed union. It must also be remembered that shepherds are part of the fold and not above it. In Acts 20:28, Paul tells the Ephesian elders that they are among the sheep. In 1 Peter 5:2, he reminds the elders of the church that they live in the midst of the flock (i.e., “among you”). Shepherd-elders and the sheep are to have a mutual accountability with one another (1 Thessalonians 5:12; 1 Timothy 5:20; Hebrews 13:17).

Leaders are shepherds yet they are also sheep. The greatest example of this tension is exemplified in Christ who was at the same time the Chief Shepherd yet also the spotless Lamb who laid down his life for the sheep (Revelation 7:13-17; Revelation 14:1-5). While a coach sits on the sideline and offers direction, a shepherd stands in the midst of the action and is part of the action himself. Shepherds should always smell like sheep.

3) God’s Leaders Must Know Their Sheep

A true shepherd knows the sheep that have been entrusted to his charge. It’s hard to know your pastors when they’re up on a screen or secure in their well-stocked “green room.” The Bible does not make room for leaders that are aloof, unengaged, and arrogantly unsympathetic to the lives of the sheep.

Paul says that his ministry to the Ephesian church was “with all humility and with tears and with trials” (Acts 20:19). This humility, for Paul, was a pastoral strength that had been sheathed in the scabbard of meekness. His ministry of tears was one that experienced anguish and suffering but also rich joys in the life of the people. It takes time, patience, and faithful service for a shepherd to grow in his knowledge of the sheep. This happens more effectively in ministries where the pastors settle in for the long haul rather than looking to climb some mythical ministerial ladder. There is no room for rock stars and celebrities just plodding shepherds navigating their flocks to Christ.

This also bodes well for the sheep. Church members need to know their leaders. Serve the flock, encourage your pastors, follow biblical instruction, and seek to build-up the church rather than work against it. Christians who isolate themselves are endangering their own spiritual growth by avoiding biblical accountability or counsel. The spiritual nomad or the isolated maverick is one that runs against the grain of God’s design for His church. Shepherds and sheep alike need a vital connection to the local church. This is the context for ministry in the household of faith (Galatians 6:10).

4) God’s Leaders Must Feed, Lead, and Protect the Sheep

Feeding with the balanced diet of the Word of God is a central function of shepherds (1 Timothy 3:2; Titus 1:9; 1 Thessalonians 2:13). In Paul’s final words to the Ephesian elders he commended them “to the word of His grace” (Acts 20:32) which would build-up the church in his absence. A church that does not feed on the Word of God cannot expect to grow in maturity and faith. The regular feeding of the sheep protects from imbalances and passing fads. Those who teach must also come under the weight of their own messages (Acts 20:28; 1 Timothy 4:6).

The ministry of the Word is what sets the direction for the leadership, and at the same time it protects the flock from dangers facing the church (e.g.,Acts 20:29-30). The sheep are protected through the constant refining of their spiritual growth as they are nourished on truth. So when the congregation faces difficulties and trials, their faith is made more resilient through scriptural refinement.

A Final Word to Sheep Everywhere

Don’t expect your shepherds to be wise in the world. Don’t expect them to be supermen, popular, or hip to the latest trends. However, do expect them to know, lead, feed, and protect the church of the Lord Jesus Christ. Leaders who refuse to do this are not pastors but pretenders. Rejoice when they unfold the Scriptures without shrinking back avoiding the crowd of itching ears. Be thankful when they love the body of Christ through selfless sacrifice. Let your heart rejoice when they eschew worldly affirmation for the pleasure of God. Take comfort that when you walk through the valley of death’s shadow, they will be there with you. Finally remember that such a ministry is a snapshot of Jesus who is not a demanding coach or CEO but is at this very moment our Chief Shepherd. I pray that the Church will seek to recover Jesus’ vision for His people so that what is elevated is His glory and not the bizarre acts of a misguided pretenders.

Paul Lamey is an elder at Grace Community Church, Huntsville, Alabama, where he devotes his primary attention to the preaching ministry of the church and training leaders. He completed his formal training at The University of Mobile (B.A.) and The Master’s Seminary (M. Div. and D. Min.). Paul is active in training pastors at Samara Center for Biblical Training in Samara, Russia and also with Grace Advance in Los Angeles, CA. He writes for Christianity.com, ChurchPastor.com, and the Journal of Modern Ministry. He and his wife Julie have two sons and two daughters. Follow him on Twitter at @PaulSLamey.