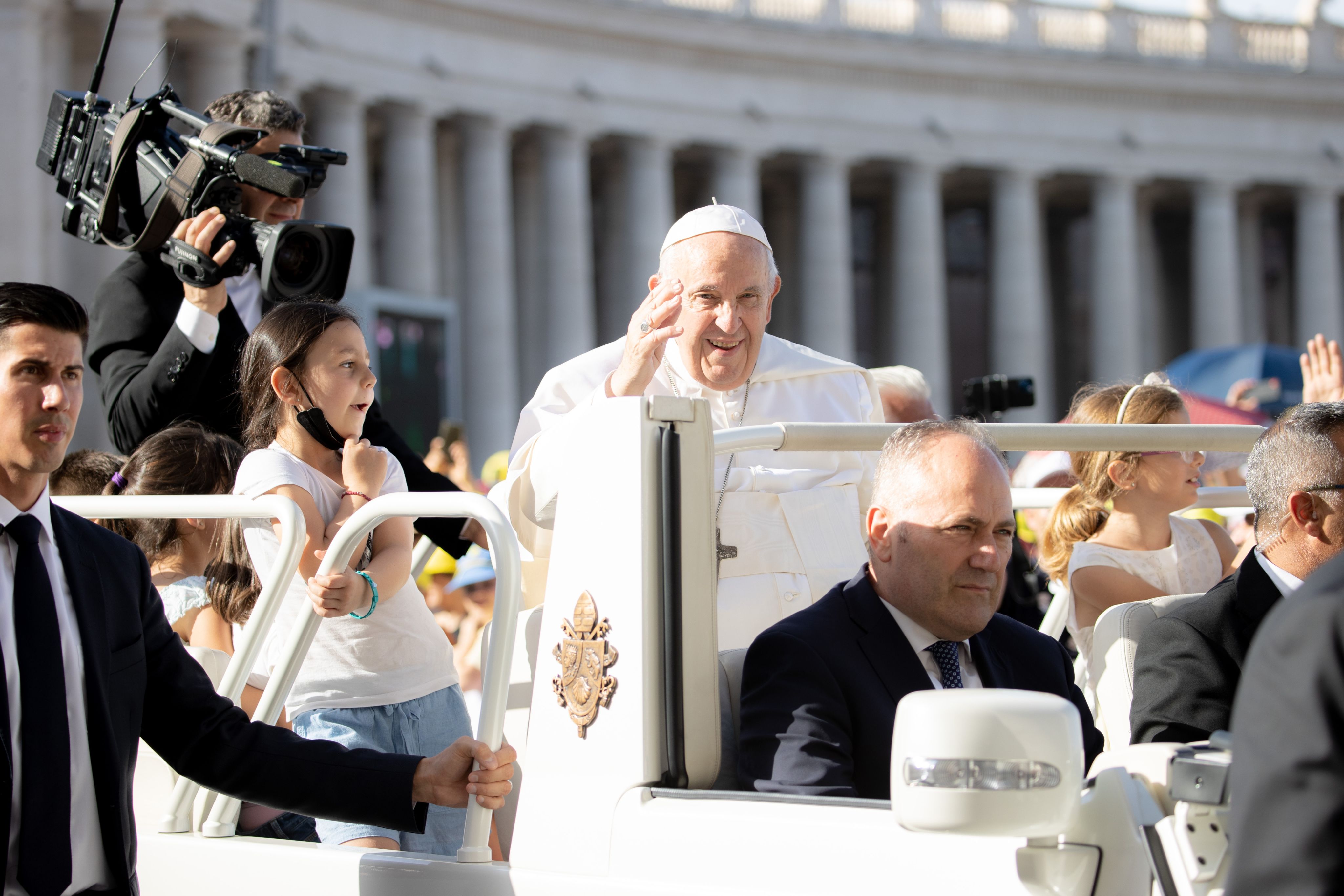 In response to a question about how the lack of dialogue is an aggravating factor in the current state of world affairs, the pope said that there is “an entire infrastructure of arms sales” that supports war today.

“A person who knew about statistics told me, I don’t remember the numbers well, that if weapons were not manufactured for a year, there would be no hunger in the world,” he said.

Pope Francis described how he cried during visits to war cemeteries in Europe, including the Redipuglia World War I memorial and Anzio World War II cemetery in Italy.

“And when the anniversary of the landing in Normandy was commemorated, I thought of the 30,000 boys who were left dead on the beach. They opened the boats and said, ‘get off, get off,’ they were ordered while the Nazis waited for them. Is that justified? Visiting military cemeteries in Europe helps one realize this,” he said.

The pope also said that the situation in Europe today shows that the United Nations “has no power” to stop a war.

“After World War II, trust was placed in the United Nations. It is not my intention to offend anybody, I know there are very good people working there, but at this point, the UN has no power to assert,” he said.