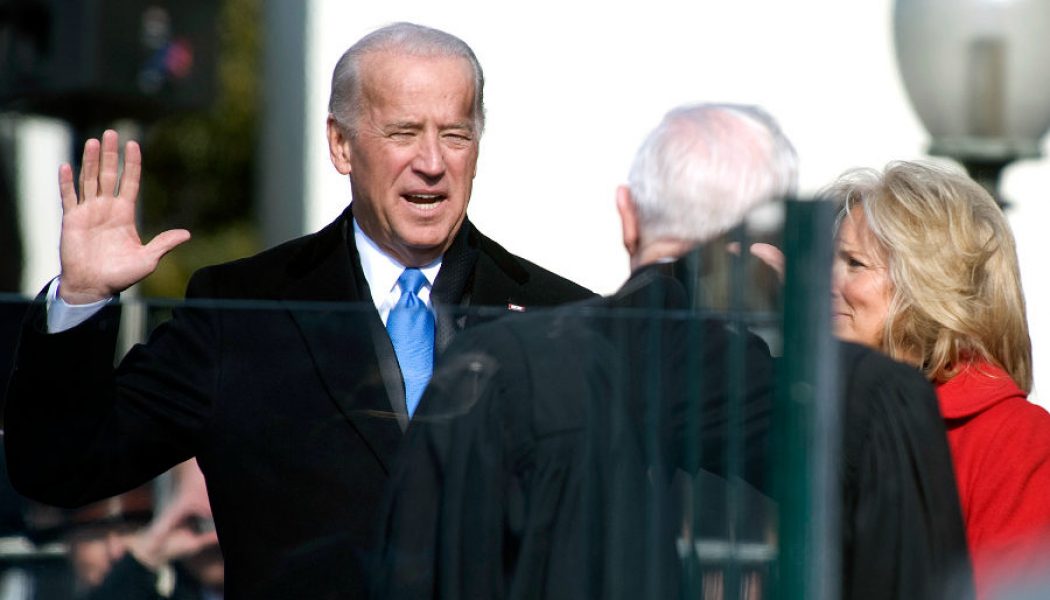 Catholics who take this apostolic teaching seriously will understand that our first obligation toward our brother in Christ, President Joseph R. Biden, Jr., is to be in Christian solidarity with him through prayer. We pray for his health, strength, and courage. We pray that he be granted the gift Solomon asked of God: wisdom in governance. We pray for his deepening conversion to Christ. Solidarity in prayer is the first duty of American Catholics toward the new president today. That is bedrock Catholicism.

There is no doubt, however, that the inauguration of President Biden, the second baptized Catholic to attain the presidency of the United States, creates an inflection point for Catholicism in America, as we strive to be a communion of disciples in mission.

Were he to follow through on campaign promises to bring the Little Sisters of the Poor to heel over the provision of contraceptives, some of them abortifacients, to their employees; were he to support federal funding of abortion, at home and internationally through U.S. foreign aid; were his administration to promote the practices of euthanasia and physician-assisted suicide; if, through his Department of Health and Human Services, he were to hollow out religious freedom by repealing the federal regulations that now protect the conscience rights of Catholic doctors, nurses, and other health-care workers – then Mr. Biden would have demonstrated, as president, that he is not in full communion with the Catholic Church, because he would have deliberately facilitated what the Gospel and the Church teach are grave moral evils and injustices.

In 2020, the Catholic conversation in the United States was distorted by the high-decibel screeching of apocalyptic conspiracy theorists, on the one hand, and by dissembling about the unique gravity of the life issues and potential threats to religious freedom, on the other. Clarity about the complementary ways in which Catholics in different stations of life exercise responsibility for the moral and political health of the Republic was difficult to achieve. Perhaps, though, it is not too late to understand our respective responsibilities and their interaction.

I agree with those who argued last year that the primary responsibility for effective Catholic witness in public life rests with lay Catholics. Lay Catholics are to be salt and light in society, including politics. Lay Catholics have a baptismal responsibility to be missionary disciples, whether as citizens meeting their civic obligations or as public officials. No Catholic gets a pass on responsible citizenship.

Moreover, no Catholic public official can, with integrity, claim that Gospel truths about the right to life and religious freedom are irrelevant to his or her vote, or to his or her executive action. The responsibilities conferred by baptism and the moral truths we know by reason cannot be checked at the door of the city council chamber, the mayor’s office, the state legislature, the Congress, the governor’s mansion, or the White House.

The bishops, for their part, bear a unique responsibility before Christ the Lord for the sacramental integrity of the Church. That episcopal duty is not an internal ecclesiastical matter only; defaults in exercising it have serious public impacts. For if the U.S. bishops fail to maintain what the Latin American bishops in 2007 (including the man who would become pope in 2013) called the “eucharistic coherence” of the Church, the message is inevitably conveyed into the public space that the Church is not really serious about the gravity of certain contested issues of public policy. And that makes the work of the laity in public debate, electoral politics, and governance much more difficult.

It gives me no pleasure to note that such signals of unseriousness have been sent too often in recent decades: as when bishops failed to ensure “eucharistic coherence” by making it clear – privately if possible, publicly if necessary – that Catholic public officials who actively facilitate grave evils should not present themselves for holy communion. That default has serious effects on the spiritual well-being of Catholic officeholders. It also impedes lay efforts to promote the culture of life, and thus the health of the Republic, through legislation and legal action.