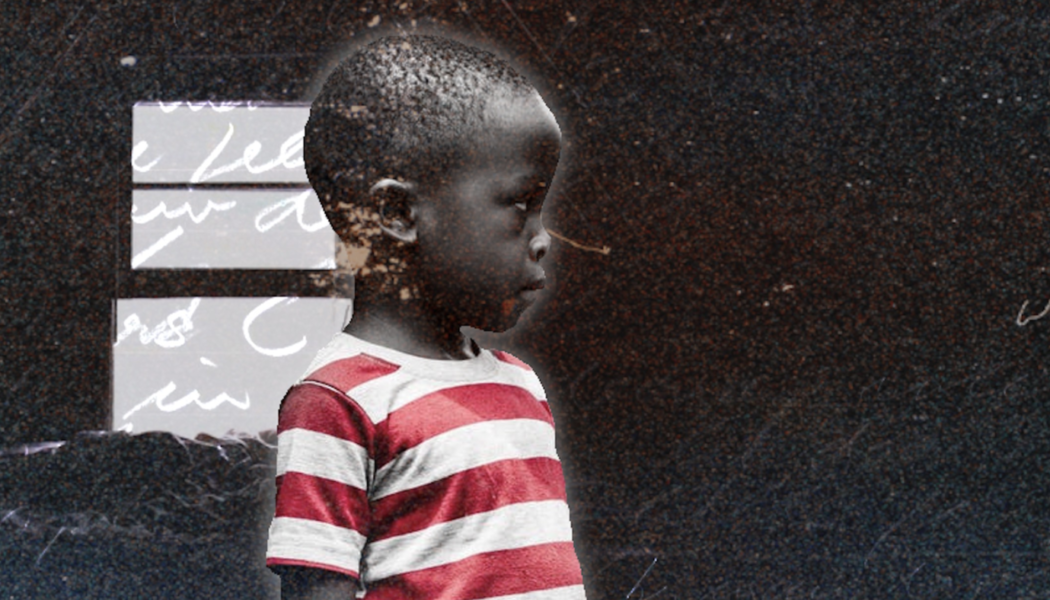 The media spread the word beyond Newark, until it eventually reached Dr. Charles D. Wrege, a Newark native and respected assistant professor in the Department of Management at Rutgers University with a longstanding interest in parapsychology. After hearing about the curious case, he jumped at the chance to potentially interact with an actual poltergeist, German for “noisy spirits.” Researchers and professionals in the field had begun to refer formally to such phenomena as Recurrent Spontaneous Psychokinesis, or RSPK.

Reports of objects moving, seemingly at random, had been claimed for centuries, and linked to larger supernatural occurrences. In one case from 1846, witnesses and scientists observed a girl who, as she entered a room, would cause objects to scatter “as though physically shoved.” As paranormal researchers began to define the category of RSPK by studying historical and contemporary cases, they theorized that unseen forces interacted on a human “agent,” often an adolescent, which manifested in a physical environment through disordered movements of commonplace objects at hand.

Dr. Wrege, 37, who had a diminutive stature and warm demeanor, planned to come to the apartment to observe Ernie the night of May 12. Earlier that day, Mabelle was in the apartment with Yetta when an iron that weighed five pounds flew into her room. Ernie had been in the bathroom in a different part of the apartment. That night Dr. Wrege arrived and questioned them. Yetta told Wrege she saw the iron “in the air and noticed that the cord was stretched out stiff behind it.” Yetta would also describe to the professor witnessing the cover of a sugar bowl lift up and fall to the floor.

“The stuff came on like gangbusters,” Mabelle added to these accounts. A salt cellar (a large container of salt) launched from a shelf like a missile into Ernie’s back. Yetta also recalled how she, Mabelle and Ernie entered the apartment and, while turning on the lights, saw a bookcase topple over — a bookcase, according to Mabelle and Ernie, that had already fallen over a couple of other times. In another startling moment, the TV overturned as Ernie was turning the key to enter the apartment. Mabelle then began turning the TV to face the wall, hoping that would prevent it from breaking if it were to fall again.

Wrege, who had trained as an engineer, studied the apartment over the course of two days. Just before midnight on the second day, a loud knocking at the door startled Dr. Wrege and Ernie. “We want to see the boy with the flying objects!” a voice yelled from the other side. Several more people were heard in the background — some echoing the first voice in a taunting way while others laughed.

Dr. Wrege and Ernie waited in silence, hoping the group of drunk young men would grow tired and leave. Then a rock sailed through an open window in the apartment. Wrege pulled Ernie into the kitchen to protect him. Just as Wrege was about to pick up the phone to call the police, a glass from the top of the counter fell to the floor. Wrege looked at Ernie — who was visibly upset from the commotion and loud noises outside — standing near the counter. Wrege put his arm around Ernie to comfort him. While Wrege was on the phone with the police, a crash came from the living room. A lamp had fallen off the table and toppled onto the floor, about 15 feet away from them.

“Can you call my uncle and ask him to come get me?” Ernie pleaded softly. The boy, who had tried to remain so stoic, now appeared terrified.

Dr. Wrege, who had still been holding Ernie at this point, let go. Suspicious by vocation, he examined the area for any sign of trickery. “I checked the remains of the lamp and the cord to see if any strings or wires were attached,” he recalled later. But he found nothing. With Ernie having been by Wrege’s side throughout the night, the investigator ruled out any possibility that Ernie was playing a prank.

By the time the police arrived, the group of belligerent men were long gone. Though the white Rutgers professor may not have realized it, even calling the Newark police could be a hazardous choice for African Americans at a time when the city was a tinderbox of racial tensions. Interactions with police could range from antagonism to violence. This time, the cops leaned toward indifference, leaving the housing complex after finding no sign of the disruptive chanters.

Ernie’s Uncle William came by and listened to details from Wrege and Ernie. The three of them were cleaning up the pieces of the broken lamp when an ashtray leapt from the end table next to them, grazed Willliam’s chin, and flew into Mabelle’s bedroom, landing on the floor. Wrege immediately looked over at Ernie, who was holding a dustpan with both hands, collecting the leftover lamp parts. William cried out from the living room. This time, a pepper shaker had struck him in the back.

Mabelle consults with one of the endless array of experts that visited.

Growing anxious, the three of them prepared to leave the apartment. Ernie stepped out first and as William was turning off the kitchen and living room lights, William yelled out yet again. A salt shaker had struck him on the back of the head — seeming to slow down as it did — before accelerating and smashing against the living room wall and landing on the ground. As the two men rushed to get out of there as fast as they could, another ashtray on a bookshelf near the door came off the shelf and landed between William and Dr. Wrege. Ruling out rigged objects, Wrege’s records elevated the events to the level of a confirmed case of RSPK.

A few days later, a reporter from the Newark Star-Ledger and the assistant director of the NHA came by the apartment to investigate again. While there, the two men heard a noise in the hallway and watched as a pill bottle on a shelf flew and landed in Mabelle’s room. The reporter, sensitive to suspicions that Ernie had to be behind the incidents, documented that with Ernie in his room at the time he would have had to “teleport” back and forth to have been responsible for the act. When the reporter interviewed neighbors and witnesses, nobody could explain what was happening in the Clark apartment.

Wrege firmly believed the energy of the adolescent was the lynchpin of the case, in the tradition of scholarly literature on RSPK. Wrege decided on an experiment. He asked Ernie to “choose a target for the RSPK forces,” as he recorded in the case files. Ernie chose a mustard jar that he put down on the kitchen table. Twenty minutes later, while Ernie was in the living room and Wrege and William were in the kitchen, the mustard jar “left the table and moved over the heads of the two men,” crashing against the wall. Wrege noticed yet another oddity that defied physics: “the jar,” he reported, “seemed to shatter before reaching the wall.”