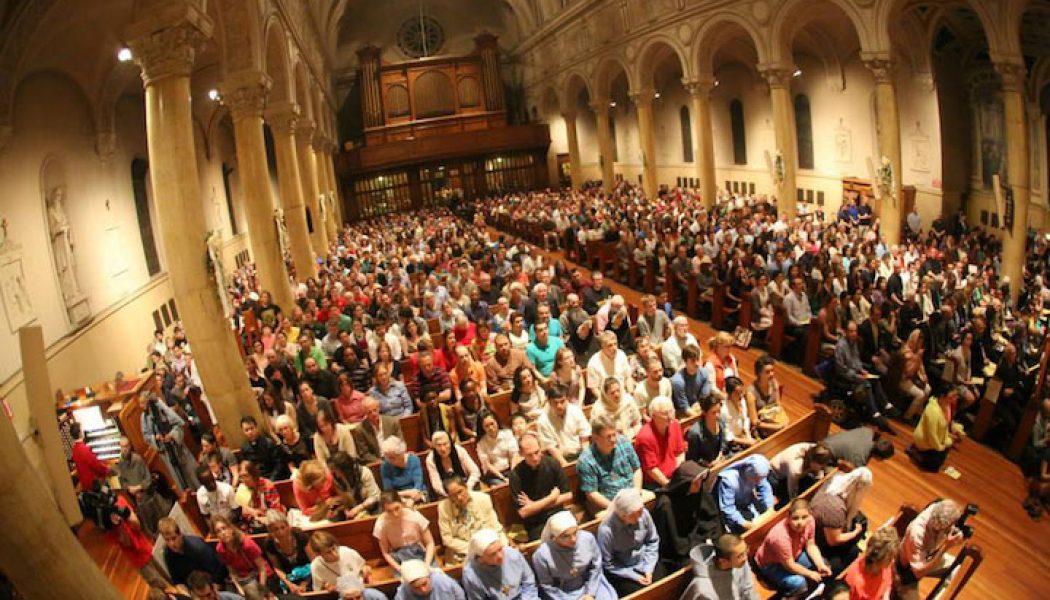 As American Catholics enter Year II of lockdown, a number of dioceses are beginning to roll back the universal dispensation from Sunday Mass.  The Archdiocese of Detroit is the most prominent, announcing that as of March 13, the universal dispensation of the faithful from the dominical precept will be replaced by eight specific grounds for dispensation,  including illness of various kinds, caring for sick or homebound people, pregnancy, being 65 or older, not being able to get there, or “significant fear.”

Detroit’s grounds for dispensation generally accord with very traditional moral theology: if I’m sick or physically cannot get to Mass, there is no Sunday obligation.  Given the contagious nature of COVID, dispensations like age or exposure of vulnerable populations also fall under the illness rubric.  “Significant fear” is a reasonable pastoral application, given what we don’t know about COVID and its variants as well as the histrionics to which we have been treated for a year (including the unique aptitude of COVID – especially in blue states – to identify church walls as opposed to protest marches as particularly apt vectors for transmission).

The usual suspects quickly jumped out to assure us that “conscience” and not the hierarchical church has the final word on so esoteric a discipline for Catholics as participating in the Sunday Eucharist.  While one cannot deny the importance of conscience, one must also ask why those inclined to resort to conscience as a cudgel against Church norms think that ordinary-run-of-the-mill situations affecting most people somehow manage to escape the Magisterium’s ability to take them into account and judge them.

Over two recent weekends, I was looking at a local brewery, gym, grocery, and clothing store.  They might not be as filled as they were a year ago, but they weren’t doing too badly, either.  While arguably people need the grocery store, Friday night foursomes over beers at the bar seem less compelling.

Although my diocese has not yet fully rescinded its universal dispensation from Sunday Mass, parishes did reopen last summer.  They generally report anemic Sunday numbers.

Some bishops have posed the question, “If you feel comfortable dining out in a restaurant, why can’t you return to church?”  Today’s Twitter crowd criticized such tactics as stoking people’s “guilt,” a clearly impermissible motivation – for them – to get people to question their behavior.  But the question remains: If we are willing to take public risks on exposure not strictly necessary to at-home survival (e.g., going to a bar or restaurant), what makes the risk factor of Church so much more dangerous, at least in our minds?

We are at a dangerous crossroads.  Catholicism is a sacramental religion, i.e., one that involves the physical. COVID is a particularly apt disease for our gnostic-tinged age: it treats the physical as suspect, dirty, contaminated.

Governments that have imposed stringent lockdowns on religious assemblies have – whether they acknowledge it or not – struck hard at Christian churches where sacramentality is central, as well as at religions (e.g., Judaism) where communal quotas (e.g., minyins) are regarded as essential to a proper religious service.  Governments that suggest we “can worship in the privacy of the home” are governments implicitly advancing a Protestant theology of “Jesus as my personal Savior,” for which the church is a nice but ultimately unnecessary accessory.

But the problem cuts both ways.  While Catholicism may be sacramental, a proper understanding of the essential element of sacramentality has long eluded today’s Catholics.  The 2019 Pew survey that found a lack of understanding of the Eucharistic Real Presence is only the tip of the iceberg.  The real danger lies in the lost understanding of all seven sacraments as the ordinary way of God’s interaction with His People, not optional extras.

The sacraments are not audio-visual aids to underscore what is really important: they are an intrinsic part of that really important.  One subtle shift: I’ve recently noted some places changing the Prayer for Spiritual Communion’s “since I cannot now receive you sacramentally, come at least spiritually into my heart” by dropping the “at least.”  With an already attenuated understanding of the Real Presence and a year-long Mass moratorium, how do we protect against Catholics becoming de facto Zwinglians when it comes to the Eucharist (it’s nice to have bread and wine but it’s not really needed)?

So, yes, it’s time to get Catholics back to church.  But it’s also time to rethink how we get them back to church not only post-COVID but in light of the loss of a sacramental sense.  We delude ourselves thinking that rescinding universal dispensations absent a spiritual transition back and a plan for effective religious instruction at Mass will be effective: we neither can nor should pretend we can pick up where we left off a year ago.

Dioceses that reinstate a general Mass obligation should also begin with a general, diocese-wide spiritual renewal: plenty of opportunity for the sacraments and opening Masses of thanksgiving.  Neither should be problems in Lent.

Again, if the only thing that happens on the first Sunday after reinstatement of a general Mass obligation is a change in the canonical discipline, accompanied by the usual thirty minutes of Saturday afternoon Confessions, and the usual vacuous homily – as if nothing has happened for the past year – we are setting ourselves up for spiritual failure.

Let’s at least have the honesty to admit it – and the determination to do something about it.

Jesus Christ the same yesterday, and to day, and for ever.
Hebrews 13:8
DailyVerses.net