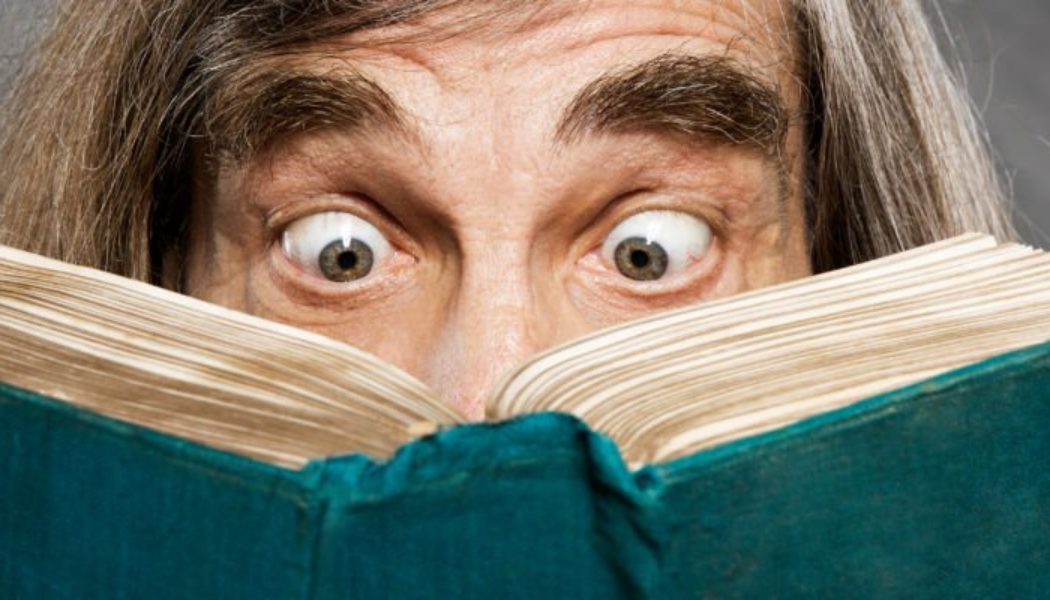 Elijah: I’ve been looking into the Catholic perspective, and I came across this massive debate on whether or not the Second Vatican Council affirmed or denied inerrancy.

Seraphim: I can imagine. This is a really complex issue. Let’s start by defining our terms. What do you mean by inerrancy?

Elijah: Well, that is just the thing! I’m not sure I have a proper definition. However, for the moment, let’s use this as a working definition: inerrancy means there are no errors in the Bible.

Seraphim: We will certainly need to tweak that definition.

Elijah: How come? Did Vatican II teach something different?

Seraphim: Well, as you pointed out, there is a debate here. Some, like Cardinal Avery Dulles, took the position that Vatican II taught partial inerrancy, which is the view that the Bible is without error only in matters that pertain to our salvation. In other words, this view says the Bible may contain errors in matters of history and science—like that Scripture made a scientific error when it spoke of the “rising of the sun” in Psalm 113:3.

However, others like Dr. Scott Hahn have argued that the language used by Vatican II’s document Dei Verbum in paragraph 11 did not limit inerrancy to matters of salvation only. He even shows that the intention of the council fathers was to avoid that position!

Elijah: So does that mean that Vatican II taught that there are no errors in the Bible?

Seraphim: Well, it could be the case that the Bible contains no errors, but that is not necessarily what Vatican II taught. Here is what Dei Verbum says:

Therefore, since everything asserted by the inspired authors or sacred writers must be held to be asserted by the Holy Spirit, it follows that the books of Scripture must be acknowledged as teaching solidly, faithfully, and without error that truth which God wanted put into sacred writings for the sake of salvation. Therefore “all Scripture is divinely inspired and has its use for teaching the truth and refuting error, for reformation of manners and discipline in right living, so that the man who belongs to God may be efficient and equipped for good work of every kind.”

Elijah: It sounds as though the council limits inerrancy to matters that were “for the sake of salvation.” Doesn’t that mean that it teaches partial inerrancy?

Seraphim: Allow me to explain. Joseph Ratzinger, who later became Pope Benedict XVI, worked on the document Dei Verbum. In an address to the German-speaking bishops on October 10, 1962, he had this to say:

It is not surprising that according to a practically irrefutable consensus of historians there definitely are mistakes and errors in the Bible in profane matters of no relevance for what Scripture properly intends to affirm.

Elijah: Sounds like Dulles’s partial inerrancy view, since he clearly says there are errors in the Bible.

Seraphim: Not exactly, because Ratzinger also says this:

Scripture is and remains inerrant and beyond doubt in everything that it properly intends to affirm, but this is not necessarily so in that which accompanies the affirmation and is not part of it. . . . The inerrancy of Scripture has to be limited to its vere enunciate.

Elijah: I have no clue what vere enunciate means.

Seraphim: It is Latin, and it roughly means that inerrancy is limited to what the author of Scripture affirms—what the author wrote down explicitly to be taken as truth, rather than incidental details intended to provide color or underscore a point, both of which can be done without necessarily being totally accurate in what they present. So it is not the claim that every word in Scripture is without error, but it is also not a reduction of inerrancy to matters related to salvation. Rather, it is a middle position—perhaps we can call it middle inerrancy. Ratzinger gives the example of Abiathar in Mark 2:26:

One can point out small matters, like the fact that Mark speaks of the High Priest Abiathar (Mark 2:26) instead of his father, Achimelech.

It is worth noting that biblical scholars have offered explanations to resolve this apparent error. Nevertheless, the above example should suffice to illustrate the position.

Elijah: Let me make sure I have this straight. Ratzinger is saying there could be errors in Scripture—perhaps in matters of history and science—but they would not be present in cases where the author truly proposes something as true?

Seraphim: Exactly! Those things the sacred author truly proposed, not seemingly but truly, are without error. These propositions would not be limited to matters of salvation, but could include matters of history, as long as they are things the sacred author truly proposes as true. Outside this, it is possible, though not necessarily the case, that there are errors present.

Elijah: That makes sense. Yet I have a few other questions!

Seraphim: I’ll do my best to answer them.

Elijah: Does this mean everything in the Book of Genesis, for instance, must be interpreted as history?

Seraphim: Not necessarily. Perhaps they are historical events, and perhaps they aren’t. The way to determine this would be to ask: did the sacred author propose these things as historically true?

Elijah: What other kind of truths are there?

Seraphim: Well, there are many ways to communicate truth. Jesus often communicated moral truths through parables, but he was not necessarily asserting that the events in his parables actually happened.

Elijah: Does that mean that Genesis should be seen as a parable? Or is it not historically true?

Seraphim: Not exactly. I’m not saying we should read everything in Genesis as a parable, and I’m also not denying that it could be communicating real history. I’m simply saying that it is possible for the sacred author to propose something as true without intending to propose that something happened historically. Perhaps the sacred author did propose some of the events in the book of Genesis as historically true, and perhaps he didn’t. We don’t have to dismiss the book of Genesis as merely a myth filled with errors, nor do we have to assume some crass form of scriptural fundamentalism. Just because Joshua 10:13 says the sun stood still, that doesn’t mean the Bible must be interpreted as meaning the sun revolves around the earth.

Elijah: I see. But one question remains: what did Vatican II actually teach concerning inerrancy?

Seraphim: I think it is best to interpret Vatican II according to the intention of individuals like Ratzinger, who worked on the document laying all this out. I also believe we should consider the intention of the council fathers. According to Dei Verbum, the council fathers did not intend to affirm a partial inerrancy view, but they did speak of inerrancy in the context of “what meaning the sacred writers really intended,” which Ratzinger calls vere enunciate. That could include a concept of errors in Scripture, but even if it does, it would be limited to errors outside what the sacred author truly proposed as true.

Elijah: That makes sense, although I don’t think I will remember the term vere enunciate, so I’ll just call this concept middle inerrancy, as you suggested.

Seraphim: You’ll certainly want to define your terms, whether they’re in Latin or English.

Elijah: Thank you so much for answering my questions! It was truly providence that brought us together.

Seraphim: Enjoy the rest of your day, and pray for me.

Elijah: We will pray for each other.