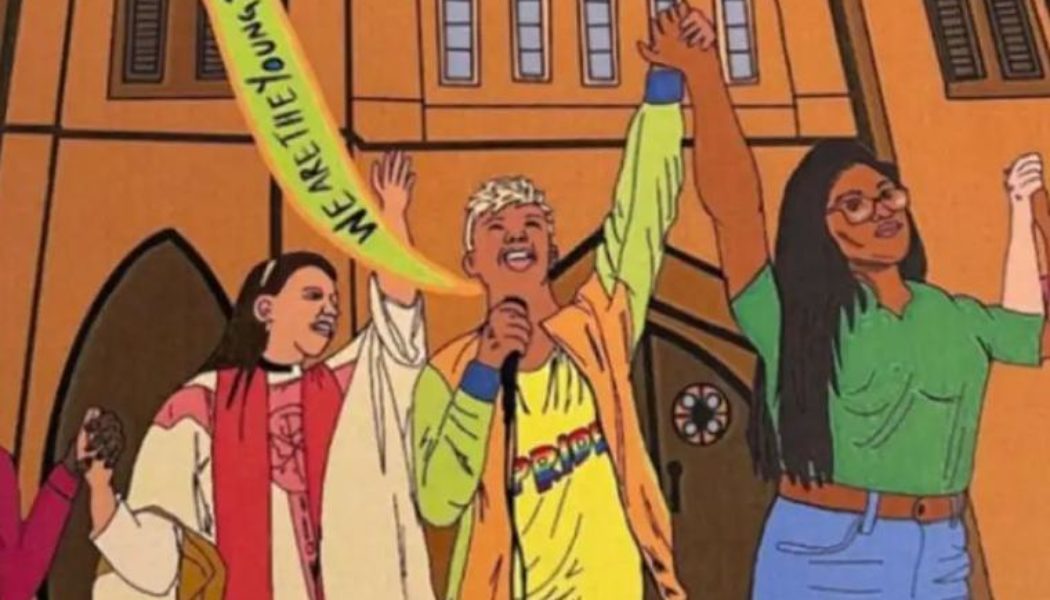 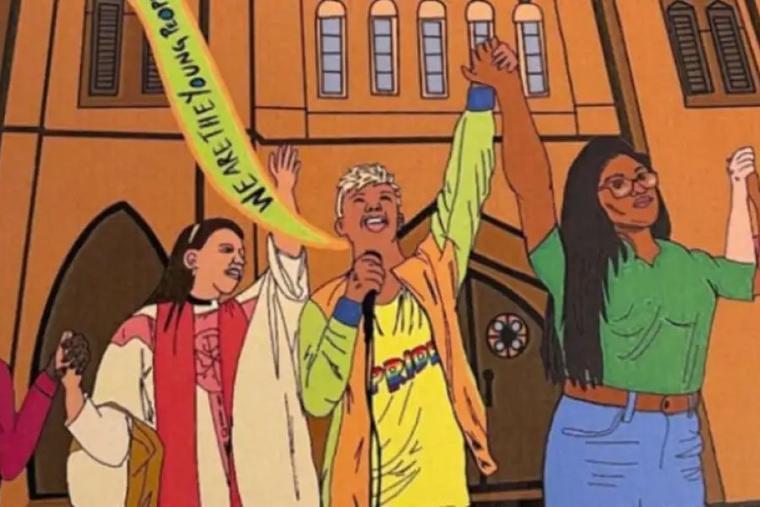 NEWS ANALYSIS: Those running the Synod on Synodality could be building credibility about the process by acknowledging its limitations and avoiding obvious landmines; instead, they’re only giving Catholics more reasons to be concerned — and they don’t seem to care.

As it transitions into its continental phase, the multi-year Synod on Synodality process faces an ironic crisis of credibility: How can it be considered an accurate portrayal of Catholics’ experience of how the Church listens, when the Synod itself has largely failed to hear from a significant number of Catholic voices?

At least in the West, participation levels in the diocesan phase of the Synod were abysmally low. The USCCB’s synthesis of diocesan reports indicates that among a U.S. Catholic population of 66.8 million, only 700,000 people —  just over 1% of all U.S. Catholics — participated. Reports from several European countries also indicated paltry participation; in countries like France, Luxembourg, Belgium, and England and Wales only 1% or less of baptized Catholics took part in the Synod.

The low-level of involvement is especially concerning given that one of the Synod on Synodality’s three stated themes is “participation,” which requires the involvement of “the whole community.” Pope Francis himself has previously said that the Synod must “leave no one behind or excluded,” even suggesting that the process must “go beyond the 3% or 4% that are closest to us.”

While Austen Ivereigh, a papal biographer who is part of a select group currently synthesizing the reports of all participating episcopal conferences into one document, has claimed that 8%-10% of Mass-going Catholics participated in the Synod’s diocesan phase, that still suggests that 90%-92% or nine out of 10 Mass-going Catholics, did not. Furthermore, Catholics in places like Ireland, Portugal and Belgium have complained that the Synod reports in their respective countries were not representative of the views of Catholics, in part because they highlighted heterodox practices like blessing same-sex unions and attempting to ordain women as ways to make the Church more welcoming. Ironically, if Synod organizers stick to a narrative that the Synod authentically presents the “sense of the faithful” despite the process’s shortcomings, the entire thing is likely to be perceived by those Catholics who don’t hear their voice reflected in its findings as yet another instance of Church functionaries failing to listen — which is, purportedly, what the entire Synod on Synodality is meant to be overcoming.

As Stephen White, director of the Catholic Project put it, “Desperate attempts to paint [the Synod] as representative of the ‘sensus fidelium’ are, frankly, offensive.” White, who organized Synods sessions at the Catholic University of America, added that “it’s hard to avoid the impression, in the West at least, that far more effort [has] been put into selling and spinning this as a triumph than was put into planning it in the first place.” Given all this, one would think that those running the Synod would be especially concerned to protect the credibility of the process — or at least not damage it any further.

For instance, Synod organizers could refrain from using hyperbolic language about what the Synod is and what it can accomplish, and instead recalibrate expectations: The Synod is an imperfect consultative process, which will give Church leaders an incomplete, but still valuable window into how some people relate to the Church, the true value of which may be more so in the process of bringing people together to listen and discuss rather than in the comprehensive accuracy of the findings it produces.

Short of that, one would think that Synod organizers might prioritize avoiding obvious “land mines” that could reinforce the perception that the whole process, and the vague theological neologisms that accompany it, are being used as a pretext to advance an ideological agenda.

But despite the precarious place that the Synod of Synodality finds itself at, its promoters don’t seem inclined to take a more measured and restrained approach.

Earlier this week, the Synod of Bishops shared controversial artwork that had been submitted as “visual notes” from a local Synod session on its official social media accounts. The most alarming image featured a woman in a chasuble, a vestment reserved for a priest; an individual wearing a rainbow “Pride” T-shirt was also included in the image. Another image had a theme of “exclusion to inclusion,” seemingly implying a movement from “liturgy” to “community,” “scripture” to “radical hospitality”, and “Catholic identity” to “LGBTQ+ identity.”

The collective response on social media to these posts was predictably critical. The Synod’s Facebook post of the woman priest image, for instance, has received 780 reactions so far: 550 “angry,” 100 “sad” and another 50 or so who find it funny. Why did the Synod office feel the need to select this artwork and promote it via its official channels? It’s an “own goal” by Synod organizers that will likely only reinforce the suspicion of many that the process is being driven by those with ideological ends in mind.

But this latest incident is part of a much larger pattern of organizers seemingly giving Catholics already on the fence about the Synod even more reason to be concerned.

Consider the case of Cardinal Jean-Claude Hollerich, the relator-general of the Synod, whose public declaration in February that the Church’s teaching on homosexuality is “wrong” stood without any sort of personal retraction nor correction from the Vatican for over half a year. It wasn’t until August, when a reporter asked him about these comments and whether they implied an inability to lead the Synod impartially, that the Luxembourg cardinal claimed that he respected the Church’s doctrine and was not trying to push an agenda. A late retraction is better than no retraction at all, but in the interim, how many Catholics lost faith in the Synod process due to his controversial comments going uncorrected?

Other intentional decisions in this vein include draping the Synod process in language and branding more consistent with corporate jargon than the Catholic faith; speaking about it in unnecessarily hyperbolic language, like Synod undersecretary Sister Nathalie Becquart has done when she insistently promotes the Synod as “the most important historical event since Vatican II”; promoting resources from heterodoxical groups like New Ways Ministry and the Women’s Ordination Conference on the official Synodal website; and speaking about the outcomes of the Synod, including blessings for same-sex relations and women’s ordination, before the diocesan process had even began.

Furthermore, when any of these confidence-undermining missteps have been pointed out to Synod personnel, there has been a tendency to downplay them and not take responsibility. For instance, when Register correspondent Edward Pentin asked Thierry Bonaventura, communications manager of the Synod of Bishops, why the image of the woman priest and Pride-shirt wearer was promoted by the Synod’s official social media channels, and whether it could be construed as promoting women’s ordination or changes to the Church’s teaching on sexaulity, Bonaventura effectively gave a non-answer: “I think the text on the post already explains the aim of that post: not only written texts but also artwork [was included in Synod reports].” But couldn’t the Synod have indicated this without posting an image that seems to promote heterodoxy?

Looked at from an objective standpoint, the collective efforts of those promoting the Synod have been disastrous in terms of building credibility among the Catholic faithful.

Of course, some Catholics were always going to be skeptical of the Synod on Synodality, given their resistance to anything new or even a personal animus toward the Holy Father and his initiatives.

But the greater majority of Catholics, though unsure of what the Synod would entail or even where it would go, initially approached the process with openness and as willing participants — only to have those promoting the Synod consistently give them reasons to doubt its soundness. If synodality is indeed like a muscle that the Church is being called to use but isn’t used to being exercised, then one wonders why those responsible for organizing the Synod are making participation and trust so needlessly difficult by undermining its credibility.

A reasonable conclusion is that some Synod organizers don’t particularly care if large numbers of practicing Catholics don’t find the process credible and trustworthy. In contrast to the Holy Father’s wish to have a Synodal process that is not animated by agenda but a sincere willingness to listen, their intention may simply be to produce a final Synodal document that calls for their preferred ideological outcomes.

From this perspective, limiting the trust and therefore the participation of Catholics committed to synodality consistent with established faith and morals may not be a bug, but a feature of Synod organizers’ strategy.