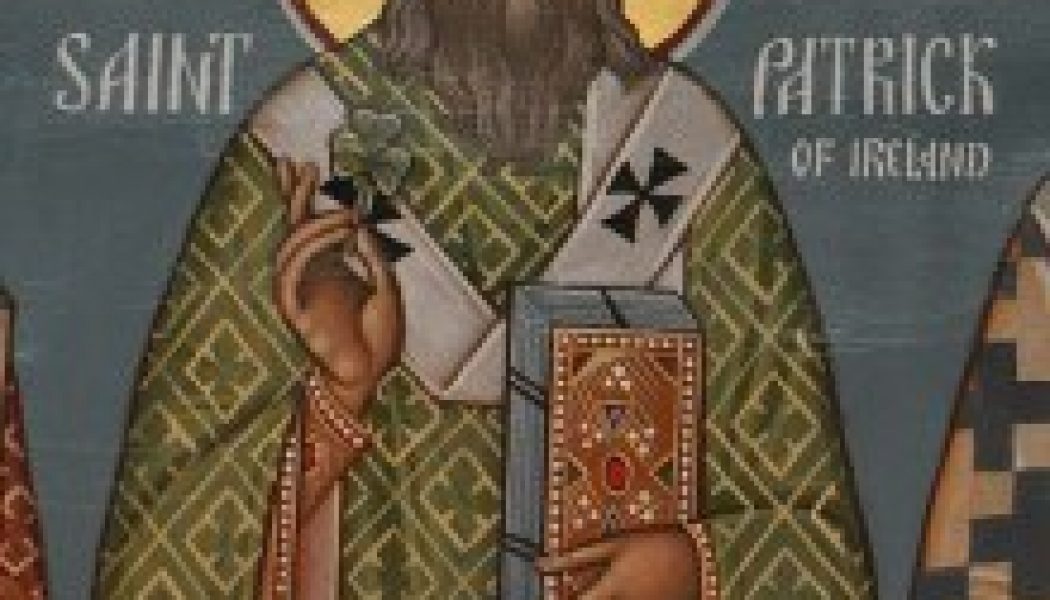 Wednesday of the 4th Week of Lent

St. Patrick, the Apostle to Ireland, and Moses from the Exodus have a lot in common. Moses was targeted by the wicked as a baby; Pharaoh ordered that all newborn Hebrew boys be tossed into the Nile River to die. Patrick was also targeted by the wicked. Raiders kidnapped him from Roman Britain at the age of sixteen. Moses was separated from his family, growing up in Pharaoh’s palace. Patrick was separated from his family as a slave in Ireland for six years. Moses escaped Pharaoh and Patrick escaped his captors, and neither of them planned to ever go back again. But then, Moses had a vision at the Burning Bush calling him to return to Egypt. And Patrick had a vision in his sleep in which he heard the people of Ireland call out to him, “We appeal to you, holy servant boy, to come and walk among us!” Both men had worked as shepherds during their exiles, and this experience helped spiritually prepare them to become shepherds of men.

Moses was sent by God to free the Hebrews from slavery. Patrick was sent by God to free the Irish from their errors and sins. “Saying to the prisoners: Come out!” But the Egyptian and Irish leaders resisted. Pharaoh’s Egyptian gods and the druids’ Celtic gods were quite different from the Lord. Pharaoh thought killing babies in the river would please the god of the Nile while solving his problems, and the druids offered their gods many human sacrifices hoping that good things would come from them. By proclaiming mighty messages and performing mighty miracles, Moses and Patrick defeated these foes and freed the people. Both men are rightly celebrated for leading many people to God.

The Hebrews who left in Egypt and the Irish who lived in Ireland were introduced to a different and better way of life with the Lord our God. Yet amazingly, once they had been set free, the Hebrews often complained against Moses and said they wanted to return to Egypt and slavery. Today, after some 1,500 years of the True Faith in Ireland, more and more people there live as if Catholic in name only; not believing, not praying, not practicing. For example, in 2018 the people of Ireland voted 2-to-1 in a referendum to legalize more abortion. And in 2019, the first year under the new laws, Ireland’s Department of Health recorded exactly 6,666 abortions. “Can a mother forget her infant, be without tenderness for the child of her womb?” Isaiah suggests this as unthinkable thing – but that is how far we have wandered. Yet even if she should forget, God never forgets us. Even if we give up on God, he will not give up on us. “The Lord is gracious and merciful.” But you are free and you can choose to leave him.

Moses cared about the Hebrews, Patrick cared about the Irish, and I care about you, and we do not want any of you to be lost. But life in the desert is hard, and this world is seductive, and it is easy to be lost. Will you choose to follow the Lord, the God of Moses and St. Patrick, or not?

“Amen, amen, I say to you, whoever hears my word
and believes in the one who sent me
has eternal life and will not come to condemnation,
but has passed from death to life.”

As Moses said, “This day I call the heavens and the earth as witnesses… that I have set before you life and death, blessings and curses. So choose life, that you and your children may live.”

This entry was posted on March 17, 2021 at 10:51 am and is filed under Exodus, Feast Day Homilies, Homily, Moses, Politics, Saintly People, Salvation History, School Homilies, St. Patrick, Weekday Homilies. You can follow any responses to this entry through the RSS 2.0 feed. You can leave a response, or trackback from your own site.