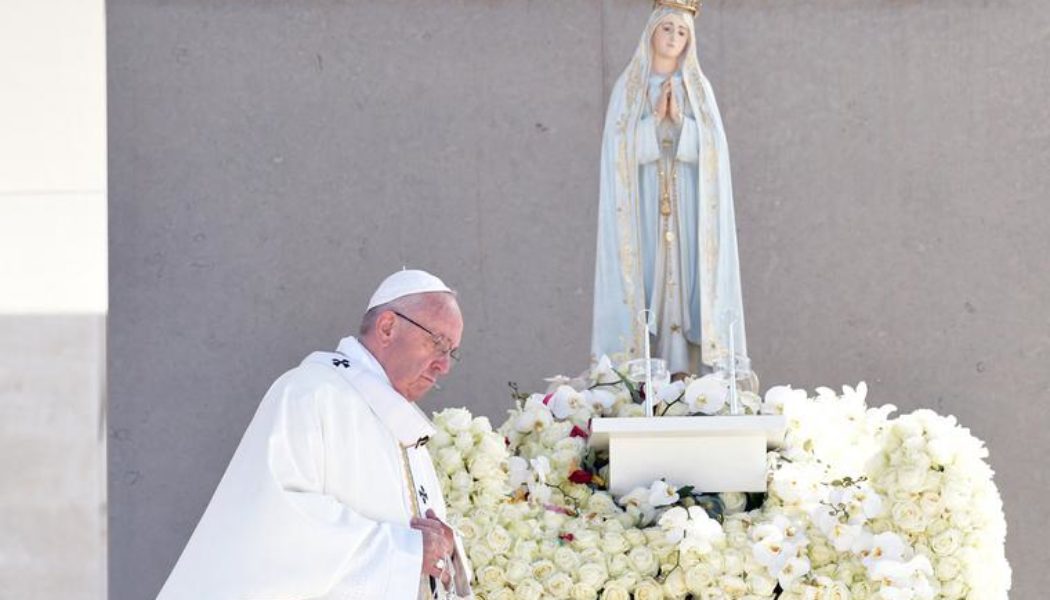 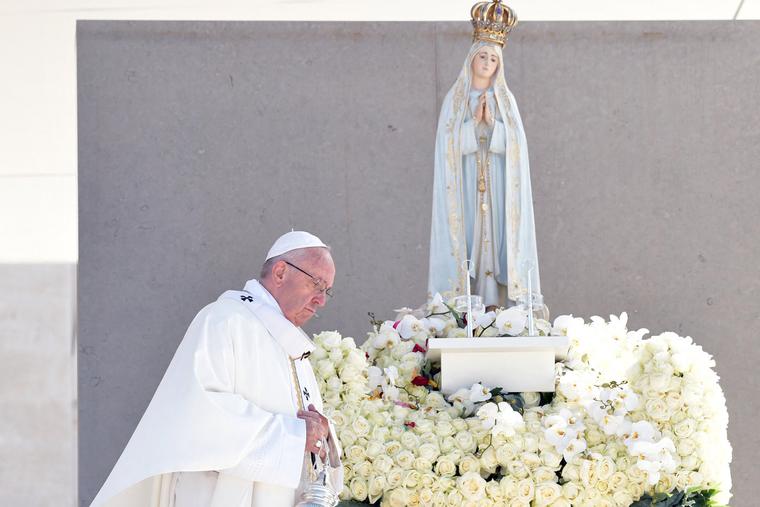 The Holy Father’s decision to consecrate Russia and Ukraine to the Immaculate Heart of Mary on March 25, the Solemnity of the Annunciation, is linked to the apparitions at Fatima. On the same day at the shrine in Portugal, papal almoner Cardinal Konrad Krajewski will make the same act of consecration in the name of Pope Francis.

Recent Catholic devotional history gives the background to this dramatic decision. And it begins 18 years before the 1917 apparitions in Fatima.

In 1899, in preparation for the Jubilee Year 1900, Pope Leo XIII consecrated the entire human race to the Sacred Heart of Jesus. The decision was taken for historic, spiritual and personal reasons. In the late-19th century, devotion to the Sacred Heart had become associated with resistance to the sharper edges of secularism in France. Spiritually, a German mystic, Blessed Maria of the Divine Heart, had visions in which the consecration was requested, and wrote to Leo to that effect. Finally, Leo himself had overcome a serious illness that he attributed to the Sacred Heart.

The 1899 consecration of the human race to the Sacred Heart was considered by Leo to be among the most significant acts of his long pontificate (1878-1903).

That consecration was very much alive in the memory of the Church in 1917. During the apparitions at Fatima, the Blessed Mother told the children that her “Immaculate Heart will triumph.” Specifically, she asked the Pope and the bishops in union with him to consecrate Russia to her Immaculate Heart. Russia would then be converted.

After her cousins Jacinta and Francisco died in the years following Fatima, Lúcia was the only survivor (she died in 2005). In 1929, now Carmelite Sister Lúcia had another vision of Our Lady requesting the consecration of Russia to her Immaculate Heart.

The Church took Fatima seriously, treating the apparitions as authentic early on. In regard to the requested consecration, several steps were taken.

Pope Pius XII, himself consecrated a bishop in the Sistine Chapel on the date of the first Fatima apparition, May 13, 1917, marked the 25th anniversary of the apparitions in 1942. In the depths of World War II, Pius XII consecrated the entire world to the Immaculate Heart of Mary on the vigil of All Saints Day. The Portuguese bishops joined with the Holy Father in the consecration.

In 1952, as Stalin cemented his grip on Eastern Europe, Pius consecrated Russia and her people to the Immaculate Heart.

In 1964, at the end of the third session of Vatican II, Pope St. Paul VI, with the Council fathers present, consecrated the human race to the Immaculate Heart.

In 1982, upon a pilgrimage to Fatima one year after the assassination attempt in St. Peter’s Square, Pope St. John Paul II renewed the previous consecrations with an “act of entrustment” of the world to the Immaculate Heart.

Like Leo, John Paul was motivated by historic, spiritual and personal reasons. He had lived under Soviet persecution for much of his life; indeed, the year before his birth Lenin’s Russian forces tried to snuff out the newly restored Polish independence. He knew the spiritual message of Fatima, which was famous by the time he was an archbishop. And he attributed his own survival of the assassination attempt in 1981 to Our Lady of Fatima, on whose feast day it took place.

Controversies arose, some of them touched by elements of superstition, about whether the consecration request had been fulfilled. Attention focused on two elements — whether Russia had been consecrated, and whether the bishops had done so in union with the Holy Father.

Therefore, on the Solemnity of the Annunciation 1984, during the special jubilee Year of Redemption, John Paul decided to do the consecration more solemnly. He would consecrate the world “and Russia” to the Immaculate Heart, and would ask all the bishops of the world to do so in union with him. That was done on March 25, 1984.

It appeared to bear fruit. After a series of geriatric tyrants, in 1985 a new man came to rule the Soviet Union — Mikhail Gorbachev, a different kind of Soviet leader. History sped up — in 1989 the Berlin Wall was smashed and in 1991 the Soviet Union was dissolved.

As part of the Great Jubilee of the Year 2000, John Paul made another act of entrustment of the world to the Immaculate Heart; Pope Francis did so himself at the beginning of his pontificate in October 2013. On both occasions the statue of the Our Lady of Fatima was brought from the shrine to St. Peter’s.

To the extent that controversies still remained in some quarters, the Vatican released in 2000 a document that included Sister Lúcia’s personal confirmation about the consecration: “Sim, està  feita, tal como Nossa Senhora a pediu, desde o dia 25 de Março de 1984”‌ — “Yes it has been done just as Our Lady asked, on March 25, 1984.” That letter from Sister Lúcia was dated Nov. 8, 1989, as the Berlin Wall was about to be breached.

At the outbreak of the recent war on Ukraine, the Latin Rite bishops of Ukraine asked, on Ash Wednesday, that Pope Francis consecrate “Ukraine and Russia” to the Immaculate Heart. On March 15, the Vatican announced that Pope Francis would do so on March 25, the anniversary of the 1984 consecration.

The Latin American bishops — 22 national conferences in Latin America and the Caribbean —– have announced they will join the Holy Father’s consecration; it is likely that other national episcopates will also do so.

The 2022 consecration is in continuity with what has been done before, but also different. It is specifically and explicitly addressed to two countries engaged in a current shooting war. It may be understood as a more specific application, in the current extreme circumstances, of the consecration that Pope Francis himself made in 2013.

In its Fatima document released in 2000, the Congregation of the Doctrine of the Faith clarified that “the power of this [1984] consecration lasts for all time and embraces all individuals, peoples and nations. It overcomes every evil that the spirit of darkness is able to awaken, and has in fact awakened in our times, in the heart of man and in his history.”

The consecration by Pope Francis of Ukraine and Russia is not a superstitious act, a kind of ritual incantation to be repeated as needed. Rather it is deepening of an existing and enduring act of trust in the Mother of God, confident of her Providential role in history — especially the history of Russia and its neighbors.

Size. Also read up on forex trading for beginners to get an idea of how currency is traded and other useful information. Want your first ride free?.