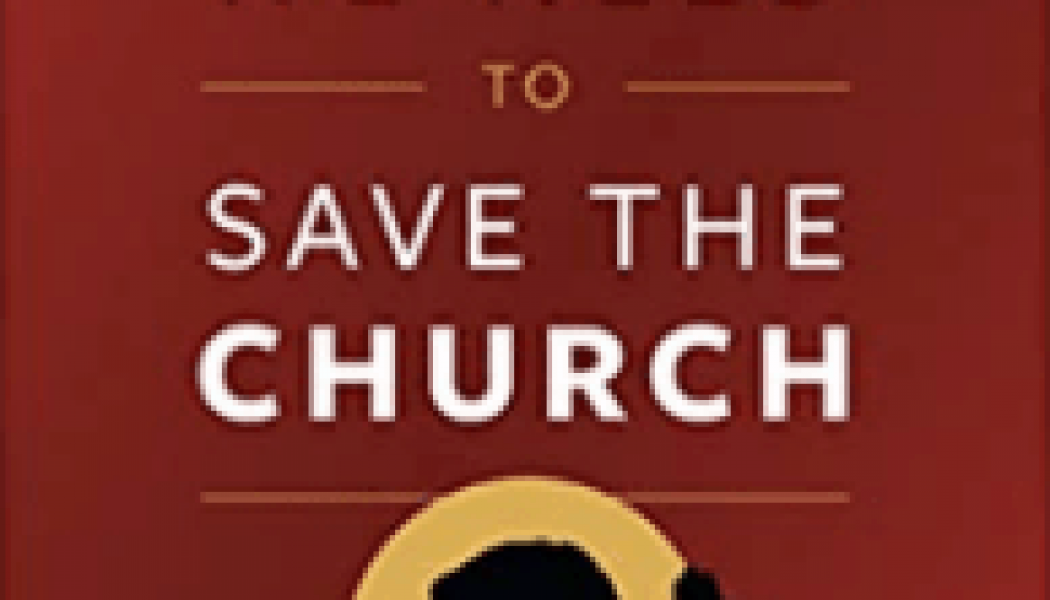 Kevin Wells pleads for the recovering of a Roman Catholic priesthood steeped in the muscular Christianity of bygone days. Invoking especially the memories of his murdered monsignor-uncle, he makes a fervent layman’s appeal for priests to abandon the niceness and complacency that have contributed to the recent woes of the church.

The Priests We Need to Save the Church, by Kevin Wells (229 pages, Sophia Institute Press, 2019).

Kevin Wells’ monograph was started as a celebration of the priestly ministry of his uncle. Monsignor Thomas Wells was a devout and effectual priest whose ministry was cut short by his untimely murder. While compiling notes and tributes to write about the hallmarks of this pious priest, Mr. Wells unexpectedly found himself writing in the aftermath of the 2018-19 scandals that shook the Roman Catholic Church. The experienced journalist in him (he was a sports reporter for the Tampa Tribune) rose to the surface in response, and the resulting book is written primarily to priests as an exhortation to renew the vitality of their ordained ministries.

As such, The Priests We Need is a paean by a devout layman, for a worthy priest, to confront clerical malaise. Mr. Wells extends the virtues of priestly ministries he has known and studied into a rule he believes normative for all effective priestly ministries.

Let it first be said that such a zealous cry for the recovery of the church is welcome. Mr. Wells’ exhortation is clearly motivated by his love for the church, and his appeal for its wellbeing is thoughtfully encouraging in a way Catholics ignore at their peril. The appeal for uncompromising clergy and direct confrontation of sin and error in the church is equally a challenge all Christians should accept—if the Roman Catholic Church in our day is subject to condemnation, this is certainly a guilt in which all Christian traditions share.

Mr. Wells’ manifesto against clergy on behalf of the faithful might smack of insubordination, but he in fact appeals to church authority by quoting Archbishop Fulton Sheen’s 1972 exhortation to the laity:

“Who is going to save our Church? Not our bishops, not our priests and religious. It is up to the people. You have the minds, the eyes, the ears to save the Church. Your mission is to see that your priests act like priests, your bishops like bishops and your religious act like religious.”[1]

Abp. Sheen’s exhortation has been taken up frequently in light of recent events, and Mr. Wells is not reticent to shine stronger light so that sin and corruption cannot hide under the shadow of authority.

Other critics may object to the author’s credibility, but this is a weak response given that he turns out to be on very traditional—if perhaps presently-unconventional—ground regarding the hallmarks of the Catholic priesthood. The reforms for which he pleads are returns to longstanding Catholic practice. Non-Catholics or progressives may resist, but Mr. Wells is intent on a restoration of ministries with a proven track record for bearing fruit. For a church in crisis there can be no half-hearted corrective. When priests become saints the church will listen to them.

In the fifth chapter, The Priests We Need moves beyond context and biography to present eight characteristics of excellent priests. Each is treated in detail by a succeeding chapter. The excellent priest:

In this eight-fold identity, the priest marries holiness and victimhood in a life wholly devoted to self-sacrifice and becoming Christ-like. The church should never expect less than heroism from its clergy. When priests become holy, the church will follow. Through such priests the church may be saved.

This strength of idealism is surely uncomfortable, but it cannot be faulted. Especially for Roman Catholics, priestly devotion to the Blessed Sacrament, to Mary, to prayer, and to the souls in his care must be an inspiring challenge. For Catholic laity, the implied exhortation is equally strong to expect these characteristics of their clergy and to uphold them in prayer toward that end.

Perhaps Mr. Wells’ most provocative point is his call for all priests to voluntarily submit to the bloodless martyrdom of self-sacrifice. Christianity has long recognized the white martyrdom of those faithful called to witness Christ through lifelong sacrifice, and venerated such witness alongside the blood martyrdom of those who witness Christ through their death. Mr. Wells has scarce regard for the physical or mental wellbeing of a priest, presuming both should be subsumed by the spiritual health of the priest-as-holy-victim. Appealing to the lives of John Vianney, Padre Pio, and priests he has known personally, Mr. Wells is unremitting: Priests must choose the path of martyrdom. If they are not granted red martyrdom, priests must choose the even more difficult white martyrdom of lifelong self-sacrifice, and by this Christ will strengthen their muscular Christianity that the church needs. Through self-mortification a priest will be victorious, and no sacrifice will have been in vain.

This insistence is bound to cause controversy. It will strike many as controversial to suggest that white martyrdom is a greater calling than red martyrdom. But this controversy is the sort that should inspire the faithful to reflection and devotion more rather than less. Other controversies are more difficult. Catholic teaching is that the priest stands at the sacrifice of the mass in persona Christi, and as such assumes also the role of sacrificial victim. To extend the sacrificial role into all aspects of life as far as Mr. Wells does, and to insist it is normative for the priesthood, will present not only practical challenges. Some may object that disregard for physical and emotional health have brought down many a vibrant ministry. Some may object that demanding such a sacrifice would further diminish already-limited prospects of future vocations. Some may object that even if the spirit of Mr. Wells’ exhortation is right (and we should charitably think it so), the proposed solution will not be sufficient to save the church.

There are three reasons for concern that Mr. Wells’ solution may be right but not sufficient: First, the priesthood cannot be limited to the functional role of parish priest. Second, priests alone cannot save the church. Third, the author neglects the good priest’s character as scholar and teacher of scripture.

First, the need for good priests is not limited to the parish. Historically the church has depended not only on parish priests, but also priests who were scholars and friars and canon lawyers. The need for good parish priests is great, but the functional roles of the priesthood exceed those Mr. Wells identifies. Or, to put this objection in another form, the priesthood is not a functional role but an ontological character that can be fulfilled in many ways. While all Mr. Wells’ characteristics of a good priest can be integral to such a sacramental ontology, The Priests We Need may err towards a functional view of the priesthood from the perspective of the lay faithful. I doubt that this criticism is a matter of disagreement so much as a difference of emphasis.

Second, good priests are essential to the wellbeing of the church, but they cannot be a substitute for deficiencies in the laity or ecclesiastical authority. The church has also been saved by bishops, religious, and laity as well as priests. Abp. Sheen’s exhortation demonstrates the necessity of the laity, but does not dispense with the necessity of good bishops and religious as well. I at least would welcome sequels from the author on those subjects. This criticism too is not likely a matter of disagreement so much as an expansion of the subject from Mr. Wells’ starting point.

Third, The Priests We Need does seem open to one major criticism. As Mr. Wells articulates the eight characteristics of a worthy priest, the study and teaching of scripture is not given any singular attention. He himself is thoughtful in his use of scripture to articulate his points, and gives anecdotal evidence about the importance of scripture in preaching, but “Is devoted to the study of scripture” is not a characteristic Mr. Wells distinguishes, and indeed this is likely the biggest sticking point from an ecumenical perspective. In his Epilogue, the author makes a separate list of twenty identifiers of a good priest, and although he includes among these praying the Divine Office and daily reading of a spiritual masterpiece from a Church Doctor, the study of scripture is not listed. Love of scripture seems integral to every characteristic of the priesthood that Mr. Wells identifies, and this is a strange omission.

Kevin Wells is right to bring to task the clergy of the church he so clearly loves. Every voice pleading for the healing of the church is vital and welcome, as is the vigilance of every faithful congregant who will no longer abide sinfulness, or even mediocrity. His perspective on the needs of lay people within and without the church is one to which clergy, and the church as a whole, should hearken and respond.

The featured image is a detail from “The Missionary’s Adventures” (ca. 1883), by Jean-Georges Vibert, and is in the public domain, courtesy of the Metropolitan Museum of Art.