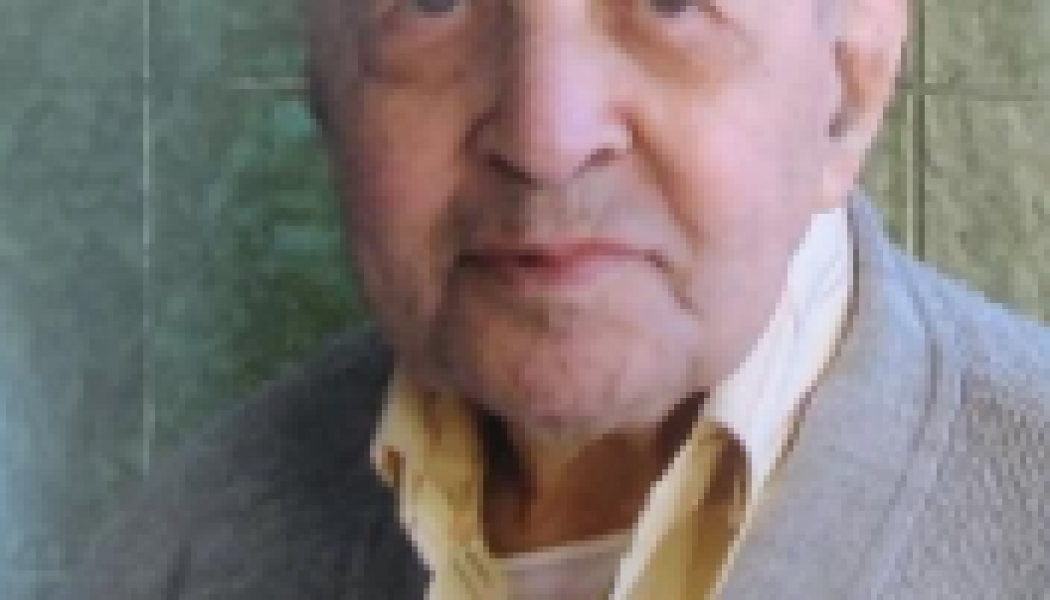 Sami was born in 1915 to a Jewish family in Romania. His father was killed in WWI when Sami was just 4 years old. His mother, who couldn’t provide for her 4 children alone, sent Sami, by train, on his own with only a small suitcase, to another town to learn a trade. Sami, who was only 9 yrs. Old, suffered from great loneliness and cried a lot. The owner of the place where he stayed sent Sami to Bucharest. Because Sami had no address to go to and didn’t know how to ask for help, he lived in the streets and worked on odd jobs, eating from the food thrown away in the marketplace.

Later on, Sami would tell his story and relate that even though he was alone, he knew Someone up above was watching him and cared for him. “For he shall give his angels charge over thee, to keep thee in all thy ways.” Psalm 91:11. “Take heed that ye despise not one of these little ones; for I say unto you, that in heaven their angels do always behold the face of my Father which is in heaven.” Matthew 18:10 And sure enough, one day a friend of his older brother’s found Sami and took him back home.

This same friend, together with Sami’s brother, had attended Richard Wurmbrand’s gospel meetings, and both came to saving faith in Yeshua the Messiah. At some point, they took Sami along with them, and he too was saved at 17! When Sami shared his faith with his mother, she, like many other Jewish parents, disowned him. It was a price that many Jewish believers had to pay.

Sami married at 27 yrs. old. His wife, who was 18 yrs. old was from an ultra-orthodox Jewish family, and she too came to faith at Richard Wurmbrand’s meetings and was disowned by her family. During WW2 Sami was sent to a labor camp, but he somehow escaped. During the entire period of the war, both Sami and his wife had to hide from the Germans and informers.

After the war, Romania became communist, and Sami, who was a good tradesman and had ‘hands of gold’, provided for his wife and six children in relative providence. Sami had a shop for spare parts. He did not forget his years of want, however, and was generous especially to those who were needy. The communist government did not like to see Sami do well and tried many ways of harming his business. After many unsuccessful attempts, they sent Sami to prison for 3 years, for handling foreign currency. Twice Sami and his family tried to escape communist Romania, but they were caught. The third time they tried, God opened the door for them, and miraculously they crossed the border into Hungary, then into Rome, and lastly arriving in Israel in 1961.

In Israel, Sami worked as a confectioner in Nazareth Ilit and later in Tel Aviv. He was forced to change his working place more than once because when religious Jews found out he was a Messianic Jew and believed in Yeshua (Jesus), they would fire him. In those days, the believers in the Land were few, and many were Romanian Jews. They used to gather in home groups and also in Sami’s home in Nazareth Ilit.

Like many in the Ebenezer Senior Citizen’s Home, Sami could find rest and care among the other believers. Although many have paid a high price for their faith and following Yeshua, they don’t regret it, remembering the much greater sacrifice that our Lord paid for us! They understand that their reward is eternal and that they will be rewarded for following our Lord – no matter the price!

“And every one that hath forsaken houses, or brethren, or sisters, or father, or mother, or wife, or children, or lands, for my name’s sake, shall receive a hundredfold, and shall inherit everlasting life.” Matthew 19:29