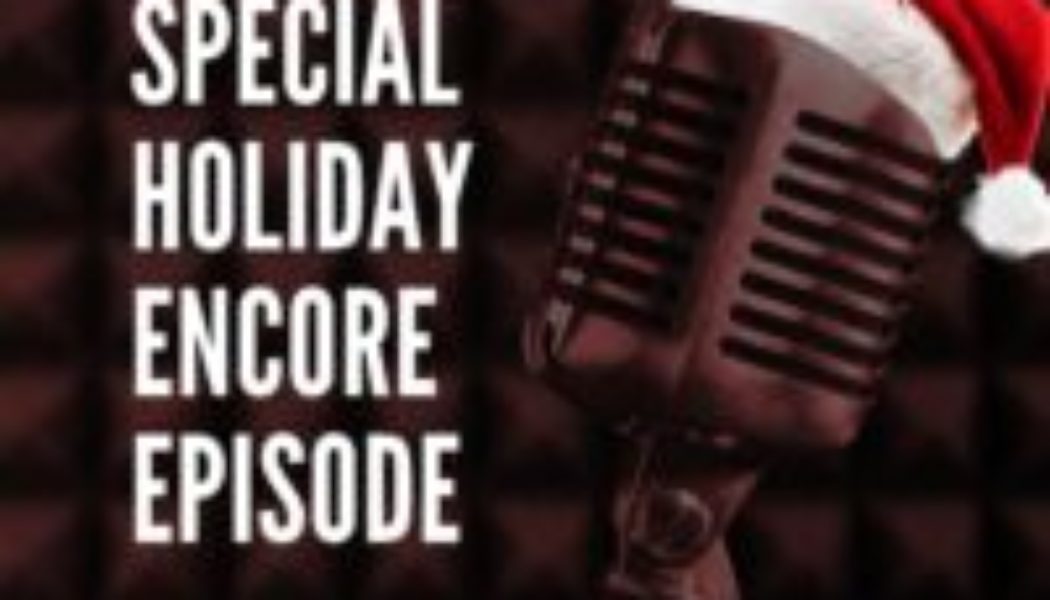 Despite its sinking into insignificance upon initial release, the eventual ascendency of It’s a Wonderful Life was always almost inevitable. For one thing, it stars Jimmy Stewart. For another, like all the greatest Christmas literature, it has an undercurrent of darkness to it. Like A Christmas Carol or A Charlie Brown Christmas, it deals with the death of human hopes as much as their renewal. And, most importantly, its emotional punch grows, not diminishes, with rewatching over the years.

An icon with such well-established status is an irresistible target, and the competition to come up with the definitive contrarian takedown of the film is now a Christmas sub-tradition in its own right. Every year people write their little pieces about how Mr. Potter is a new urbanist or Bedford Falls is full of NIMBYs or George is a toxic narcissist or Uncle Billy caused the financial crisis or umm, the movie is actually really depressing?, or high school gyms don’t really have swimming pools underneath them. Every year I read them and laugh, knowing the movie will bury them all.

But there has always been one criticism I found harder to ignore: the Mary problem. When George Bailey, after a lifetime of sacrificially thwarted ambitions and dreams, facing ruin and disgrace at the hands of his venal enemies and incompetent friends, tries to commit suicide, his guardian angel Clarence is dispatched to help him. In order to convince George that he has in fact had “a wonderful life” that it would be a crime to throw away, Clarence shows him what his town would have looked like had George never been born into it. So far, all well and good.

Clarence shows George the lives in which George intervened at a critical moment or that he shaped through the cascading effects of his choices: the brother he saved from drowning in childhood, the pharmacist distracted with grief whom he prevented from accidentally poisoning a child, and so on. Finally, George asks Clarence to show him his wife, Mary. “You’re not going to like it,” says Clarence. Absent George, Mary is an old maid, closing up the library in a skirt-suit and spectacles. 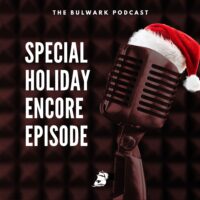 Aside from the dubious implication that the worst fate that could befall a woman is a single life as a small-town librarian, this scenario simply beggars belief. The idea that Mary, played by a luminous Donna Reed, who has been lighting up the screen with her charisma and warmth for the last hour and a half, would be short of suitors in George’s absence—it’s ludicrous. That she needs George to be rescued from spinsterhood as his brother needs him to be rescued from death is insulting. It adds an ugly note to the pageant of significance Clarence puts on. Even in his most intimate partnerships, must George always and only relate to others as a savior? If he were out of the picture, Mary would much more likely be the wife of the wealthy plastics manufacturer Sam Wainwright, wrapped in a new mink coat and spared a life of toil, care, and George’s dark moods, I thought.

It was a flaw in the picture, I had to admit, even as I had no love for the critics who brought it to my attention. At best, I could spin it as subtly implying that George was not an uncomplicated hero, that Clarence could only show him a version of reality he could bear—one in which even his non-existence did not leave him supplanted by another. The movie is perfect, I argued, precisely because it shows the redemption of a self-pitying egoist as well as the vindication of a heroically self-denying preserver of his home and servant of its people. In many stories, these roles are mutually exclusive. In life, and in this movie, they coexist in tension, but without contradiction—such is the pity and possibility of the human heart.

I still believe this. But I no longer think it relates to the Mary problem in the same way, nor do I stand by my earlier resolution of the issue. My mind changed last year, when I had the chance to see It’s a Wonderful Life on the big screen, in my town’s theater. Perhaps you just notice things differently over the years—this is, after all, one of the charms of the movie. Perhaps seeing the film as it was meant to be shown really does unlock new insight. Either way, I found myself paying attention to one exchange as I never really had before.

George: Mary Hatch, why in the world did you ever marry a guy like me?

Mary: To keep from being an old maid.

George: You could have married Sam Wainwright, or anybody else in town.

Mary: I didn’t want anybody else in town. I want my baby to look like you.

The scenario that the counterfactual world presents us is explicitly foreshadowed by Mary’s playful, obviously ridiculous rejoinder, “to keep from being an old maid.” Once I realized this, it became my interpretive key to the problematic later scene.

From the beginning, it is Mary who chooses George, not the other way around. In a scene from their childhood, she sits on the counter and whispers in his bad ear, “George Bailey, I’ll love you ’til the day I die,” while George, oblivious, drones on about coconuts. Reunited at the high school dance, her eyes fix on him with the loving, predatory gleam of a wifely panther. Throughout their strange, bittersweet courtship, it is she who chases him, as much as Barbara Stanwyck in The Lady Eve, Katharine Hepburn in Bringing Up Baby, or Barbra Streisand in What’s Up, Doc? George, for his part, is as outraged, as protesting, as ultimately helpless as any of his counterparts. It is a screwball chump-chase transposed into the register of drama, with George playing the part of the chump.

Mary could marry any man in town. She doesn’t want to. She wants George. She takes the measure of George, seeing something in him that he can’t see, and which is perhaps only partially visible to us. What Mary sees in him does not reflect any of the abortive visions George has for himself.

It is Mary who sees the potential of the old house from the first, Mary who acquires it and patiently restores it over the years. It is Mary who sees the oncoming bank run as well as its solution, Mary who offers up their honeymoon money without wasting time either asking for permission or indulging in regrets. George’s life is shaped by a recurring characteristic act: the heroic acquiescence to duty when circumstances require it. But Mary sees the greater vision from the start. She is determined that George will lasso the moon, even if she is the only one who can see it in the sky.

It is certainly pleasant but not unduly extraordinary to be a popular and beautiful woman who can marry a rich and popular man if she chooses. It is less ordinary to see, with Mary’s perfect clarity and uncanny certainty, the life and man you want, and to choose it in the teeth of discouragement with all its disadvantages apparent, to persist single-mindedly in the face of hardship. It’s a Wonderful Life is, in part, the story of someone becoming, kicking and screaming, against all intentions and desires, a big man. Mary sees the big man in George from the first, because she is a big woman.

She is, as much as George, a profoundly unusual person laboring under her own personal destiny. In the world where George does not exist, she has not married not because she couldn’t, but because she does not want to. There is not a Mary-sized man in town, and Mary Hatch does not do anything just because it’s what might be expected of her. Her story in this counterfactual is a sad one, but it is not one of passive submission to circumstance.

To be chosen and known and loved by such a woman is not a small thing. It is seeing Mary without him that breaks George enough to make him ask for life, as it is her just anger at him that sends him into the most desperate phase of his downward spiral. When he chases the alternate Mary through the streets, his desperate cry is not “Mary! What have they done to you?” but “Don’t you know me? What’s happened to us?” If Mary does not know him, if Mary does not see who he really is, he must not exist indeed.

I would not, now, if I had Frank Capra’s ear and a gasper and martini in my hand and the studio at my command, go back and change the scene I once thought the only major blemish in a perfect movie. It is the climax of a great love story—between people with children and not enough money and frustrations and shameful failures, as many great love stories are. It is a recognition of the unpredictable depths of a woman too easily rated as charming decoration in her own story. But more importantly, it is a pivot within the story Clarence is telling George. For all the extraordinary, irreplaceable good George has done for others, what makes his life finally wonderful—awe inspiring, mysterious—is what has been done for him. He never, after all, set out to win Mary Hatch.

This is the revelation that brings him back to his proverbial knees, begging for his life—crucially, still believing he is facing ruin and disgrace.

George: Clarence! Clarence! Help me, Clarence. Get me back. Get me back. I don’t care what happens to me. Only get me back to my wife and kids. Help me Clarence, please! Please! I want to live again!

But when he gets back, there is no ruin and no disgrace. Everyone in town has heard he’s in trouble, and everyone in town—all people he has served and saved over the years—has leaped into action to extricate him from his plight. Money has once again appeared at the eleventh hour, as if out of thin air, and not, this time, to rescue the Building and Loan, but for his sake.

“Isn’t it wonderful?” says Uncle Billy. “Mary did it, George, Mary did it.”