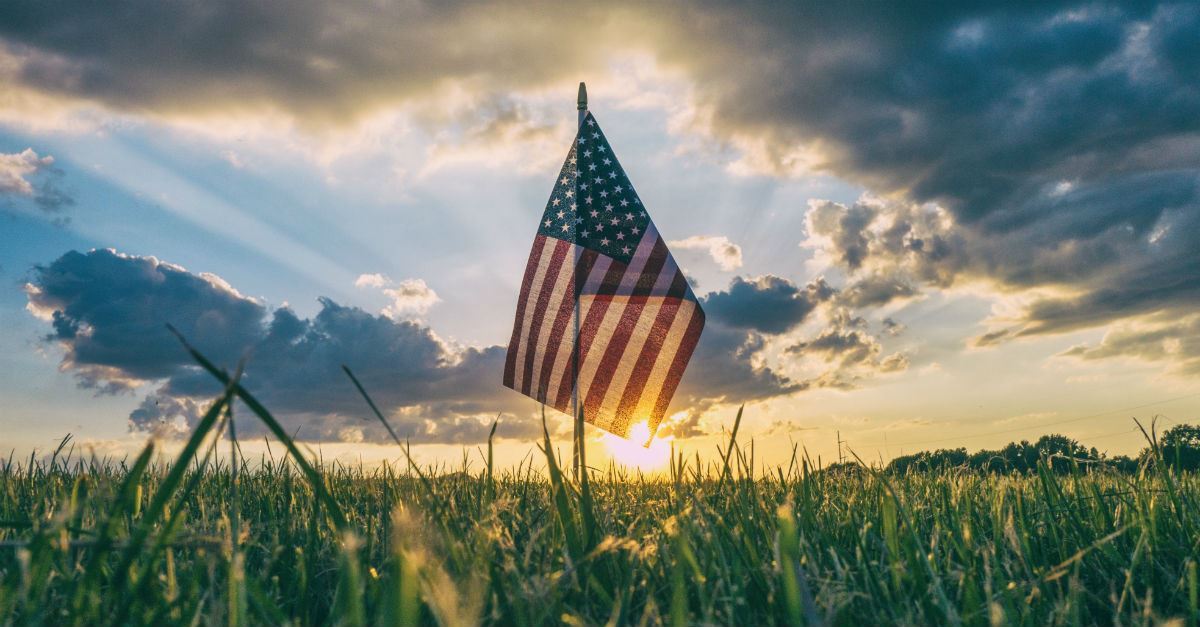 This is post probably has something to make everyone unhappy. But here goes.

With Memorial Day on Monday (in the U.S.) and, no doubt, a number of patriotic services scheduled for this Sunday, I want to offer a few theses on patriotism and the church. Each of these points could be substantially expanded and beg more detailed defense and explanation, but since this is a blog and not a term paper, I’ll try to keep this under 1500 words.

1. Being a Christian does not remove ethnic and national identities.

In Christ there is neither Jew nor Greek, male nor female, slave nor free (Gal. 3:28), but this does not mean men cease to be male or Jews ceases to be Jewish. The worshiping throng gathered around the throne is not a bland mess of Esperanto Christians in matching khaki pants and white polos. God makes us one in Christ, but that oneness does not mean we can no longer recognize tribes, tongues, nations, and peoples in heaven. If you don’t have to renounce being an American in heaven, you shouldn’t have to pretend you aren’t one now.

2. Patriotism, like other earthly “prides,” can be a virtue or vice.

Most people love their families. Many people love their schools, their home, and their sports teams. All of these loves can be appropriate. In making us for himself, God did mean to eradicate all other loves. Instead he wants those loves to be purer and in right proportion to our ultimate Love. Adam and Eve should have loved the Garden. God didn’t intend for them to be so “spiritual” that they were blind to the goodness around them. In the same way, where there is good in our country or family it is right to have affection and display affection for those good things.

Sometimes Christians talk like you should have no loyalty for your country, as if love for your country was always a bad thing. To be sure, this must never be ultimate loyalty. We must always obey God rather than men. But most Christians have understood the fifth commandment to be about honoring not only your parents but all those in authority over you.

Moreover, Jesus shows its possible to honor God and honor Caesar. This is especially clear if you know some of the Jewish history. The tax in question in Mark 12:1 is about the poll tax or census tax. It was first instituted in AD 6, not too many years before Jesus’ ministry. When it was established a man by the name of Judas of Galilee led a revolt. According to Josephus, “He called his fellow countrymen cowards for being willing to pay tribute to the Romans and for putting up with mortal masters in place of God.” Like the Zealots, he believed allegiance to God and allegiance to any earthly government were fundamentally incompatible. As far as they were concerned if God was your king, you couldn’t have an earthly king.

But Jesus completely disagreed. By telling the people to “render to Caesar the things that are Caesar’s” he was saying there are duties to government that do not infringe on your ultimate duty to God. It’s possible to honor lesser authorities in good conscience because they have been instituted by a greater authority.

If you read all that the New Testament says about governing authorities in places like Romans 13:1 and 1 Peter 1:1, you see that the normal situation is one of compatible loyalties. The church is not the state and the state is not God, but this does not mean the church must always be against the state. In general, then, it’s possible to be a good Christian and a good American, or a good Ghanaian or a good Korean. Patriotism is not bad. Singing your national anthem and getting choked up is not bad. Allegiance to God and allegiance to your country do not have to be at odds.

4. God’s people are not tied to any one nation.

When Jesus says “go ahead and give to Caesar what belongs to him” he is effectively saying, “you can support nations that do not formally worship the one true God.” Or to put it a different way: true religion is not bound with only one country. This means-as we see in Revelation 7:1 and Isaiah 49:1 and Psalms 87:1 and Matthew 28:1and Acts 1:1 and a hundred other places-the Church will be transcultural and transnational.

While American churches are in America, they must never be only American churches. We must keep in mind (and when applicable, explicitly state) that our congregations are filled with brothers and sisters from all over the world. Likewise, we must work hard to help people see that Christianity is not just a Western religion or American religion. Christianity started in the Middle East and quickly spread to North Africa, and parts of Asia and Europe. The Church was always meant to be international. Today there are more Anglicans in church in Nigeria than in England, more Presbyterians in South Korea than in the United States. The promise to Abraham way back in Genesis is that through his family God would bless the whole world. Christianity is not tied to just one certain nation. Following Christ is not an ethnic thing. You can be from any country and worship Jesus.

5. All this leads to one final point: while patriotism can be good, the church is not a good place for patriotism.

But please think twice before putting on a Star Spangled gala in church this Sunday. I love to hear the national anthem and “God Bless America” and “My Country, Tis of Thee,” but not in church where the nations gather to worship the King of all peoples. I love to see the presentation of colors and salute our veterans, but these would be better at the Memorial Day parade or during a time of remembrance at the cemetery. Earthly worship should reflect the on-going worship in heaven. And while there are many Americans singing glorious songs to Jesus there, they are not singing songs about the glories of America. We must hold to the traditions of the Apostles in our worship, not the traditions of American history. The church should not ask of her people what is not required in Scripture. So how can we ask the Koreans and Chinese and Mexicans and South Africans in our churches to pledge allegiance to a flag that is not theirs? Are we gathered under the banner of Christ or another banner? Is the church of Jesus Christ-our Jewish Lord and Savior-for those draped in the red, white, and blue or for those washed in the blood of the Lamb?

In some parts of the church, every hint of patriotism makes you a jingoistic idolater. You are allowed to love every country except your own. But in other parts of the church, true religion blends too comfortably into civil religion. You are allowed to worship in our services as long as you love America as much as we do. I don’t claim to have arrived at the golden mean, but I imagine many churches could stand to think more carefully about their theology of God and country. Churches should be glad to have their members celebrate Memorial Day with gusto this Monday. We should be less sanguine about celebrating it with pomp and circumstance on Sunday.

Kevin DeYoung is Senior Pastor at University Reformed Church in East Lansing, Michigan. He is married to Trisha with four young children. This article originally appeared on Kevin DeYoung’s blog, “DeYoung, Restless, and Reformed,” at The Gospel Coalition website. 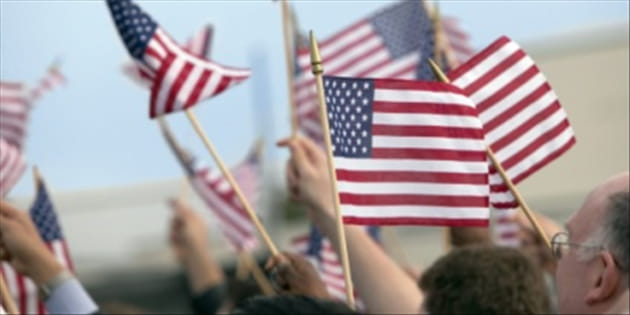