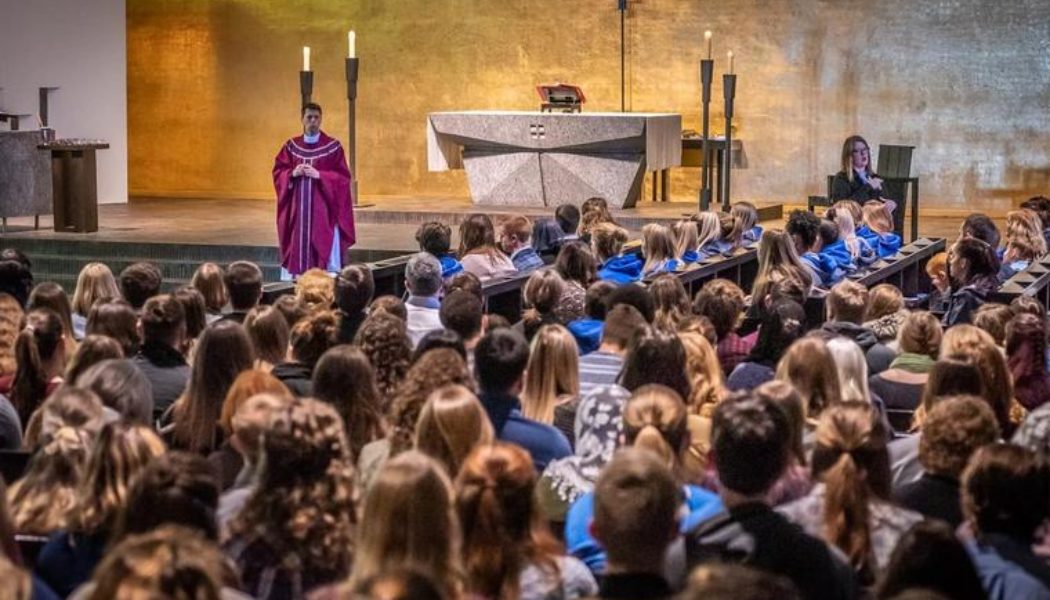 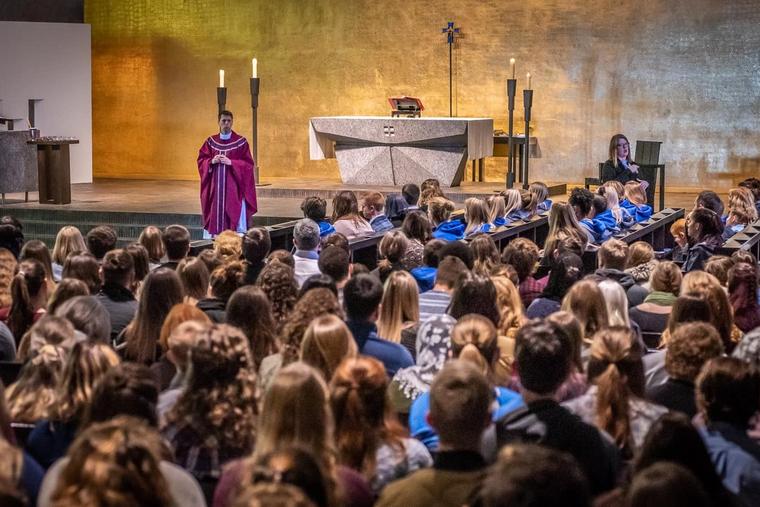 A lesson should be learned: there is a time to fight, and the federal courts are often a favorable battleground.

Friday’s federal court ruling that protects Catholic organizations from the Obamacare “transgender rule” should be a huge relief to Catholic families, healthcare workers and medical educators. But the latter group is not getting much attention in media reports, perhaps because journalists don’t quite see the relevance of the rule to Catholic education.

In fact, there was much at stake for Catholic education in Friday’s ruling, which is why faithful University of Mary in Bismarck, North Dakota, was part of the group that valiantly fought back against the federal government for more than six years.

‘We Had No Choice’

The Eighth Circuit Court of Appeals found that the Biden administration is violating the Religious Freedom Restoration Act (RFRA). Its implementation of the Affordable Care Act infringes upon the conscience rights of Catholic organizations without making a reasonable effort to avoid conflicts with the First Amendment. The rule forces medical facilities and programs that receive federal money from the Department of Health and Human Services (HHS) to perform “sex reassignment” procedures, and religious organizations are not exempted. Any employer receiving HHS funds must also cover such “sex reassignment” procedures as well as abortion and sterilization in their employee health insurance plans.

It’s this latter requirement that directly impacts the University of Mary, which has been fighting the rule together with the Sisters of Mercy, Sisters of Mary of the Presentation, Diocese of Fargo, State of North Dakota and Becket Fund attorneys since November 2016. The Trump administration halted the rule for a short while, but the Biden administration reinstated it as part of an authoritarian campaign to force gender ideology upon Americans — but Friday’s ruling dealt a severe blow to the administration.

“This is all a profound relief,” University of Mary President Msgr. James Shea told me on Friday. He admitted that the University had not been eager to take on the federal government: “We did not take this course of action lightly and were under no illusions that it was a trivial matter to challenge a powerful agency. … But we felt we had no choice.”

Health-related programs are among the University of Mary’s most important contributions to Catholic education. The university offers quality programs in nursing, physical therapy, occupational therapy, speech and language pathology, radiologic technology, respiratory therapy, exercise science, athletic training and social work. It is one of only a few American institutions offering a master’s degree in bioethics, in partnership with the National Catholic Bioethics Center.

Firmly grounded in Catholic teaching, these programs are of great value to the Church and to Catholic healthcare, graduating students who are prepared to meet today’s enormous ethical challenges.

“The integrity of our mission as a Catholic university is so important to us at the University of Mary,” Msgr. Shea told me, “and we have been painstaking and intentional in crafting our policies and plans so that we can sincerely welcome and serve all persons while also defending our resolve to conduct the university and all of its activities in accord with Catholic teaching.”

That, according to the “transgender rule,” would have been illegal due to the university’s receipt of a three-year grant for over $1 million from the Department of Health and Human Services, to train nurses to improve rural healthcare in North Dakota. Because of that grant, the University would have been forced to provide immoral health benefits to its 360 employees.

“The University sincerely believes that providing insurance coverage for gender transitions, sterilization, or abortion would constitute impermissible material cooperation with evil,” stated the lawsuit filed in 2016. “The University must now choose between (a) following its faith, or (b) following the Regulation. If it follows its faith, the University will be subject to financial penalties and lawsuits, including loss of its funding to train nurses …”

A Time to Fight

But on Friday, the Court of Appeals issued a permanent injunction blocking enforcement of the rule against the plaintiffs, and the Biden administration now has up to 90 days to appeal the case to the U.S. Supreme Court. It chose not to appeal a similar district court ruling, letting its time expire in August.

One especially exciting aspect of the appeals court ruling is its protection of the plaintiff’s religious freedom despite the Supreme Court’s 2020 Bostock ruling. In that case, the Court found that “sex discrimination” according to Title VII, the federal employment law, includes “sexual orientation” and “gender identity.” But the appeals court upheld the protection of RFRA, even regarding employee healthcare benefits, which is a hopeful sign.

Of course, many Democrats have been trying to undermine despite RFRA despite its near-unanimous approval by Congress in 1993, championed by then-Congressman Chuck Schumer. Defending RFRA remains an important priority for Catholic organizations.

Meanwhile, the Biden administration has proposed the new HHS Section 1557 rule, a broader regulation that is likely to go into effect soon. It will mandate coverage for “gender affirming” surgeries, cross-sex hormones, puberty blockers for children as young as 12, and more in every employer’s health plans, while again requiring “gender reassignment” surgeries in hospitals.

So the threats continue, but for now we breathe a sigh of relief and thank God for religious freedom in this country. Catholics should also be grateful for the courageous legal defense waged by the University of Mary, the religious sisters who are committed to truly Catholic healthcare, and the other plaintiffs and attorneys in this case.

A lesson should be learned: there is a time to fight, and the federal courts are often a favorable battleground. On the other hand, compromising fidelity to comply with gender ideology and sexual confusion is neither charitable nor the best protection for Catholic apostolates. It means the willing demise of Catholic services that are helpful to their communities and invaluable to Catholic families, while inviting serious mental, physical and moral harm to many people.

Sadly we have seen such compromise across much of Catholic higher education in recent decades. Renewal can’t come fast enough. May God bless the University of Mary for standing firmly in the truth, with genuine love and desire for the good of all its students and employees. That’s a model of Catholic education that should be emulated.