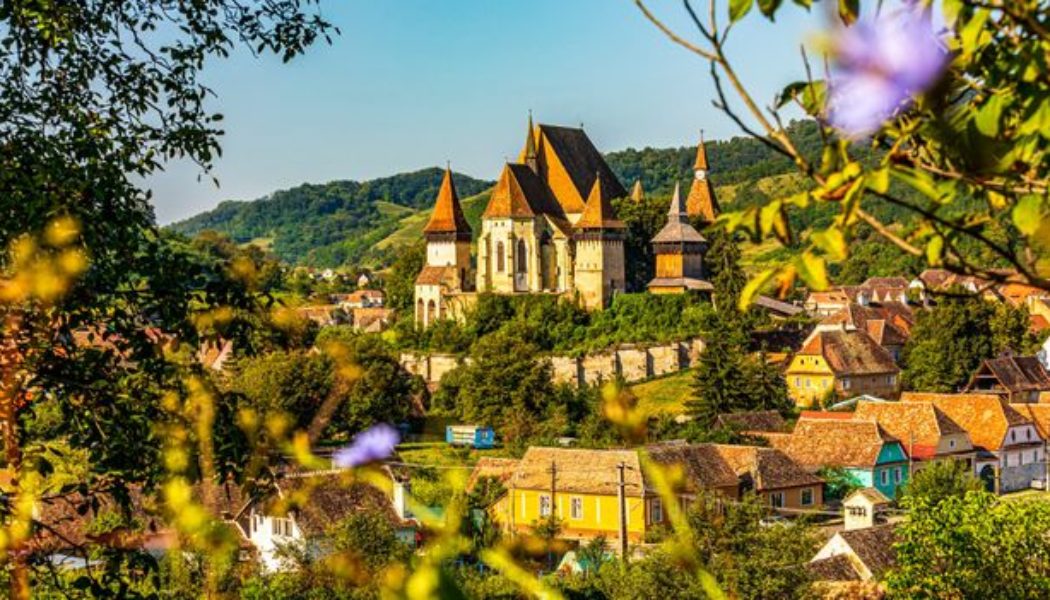 One of the most interesting of these artisans is Marinel Györfi, who, with the help of Fundația ADEPT, has revived traditional Saschiz blue pottery in the Saxon village of the same name, 20km north of Viscri. In a workshop at his Atelier de Ceramică Saschiz, at the end of a narrow lane opposite the village’s towering fortified church, I watched him pound and deftly spin the clay into pots and plates that were then glazed with a rich cobalt blue. He scratched the motifs into the glaze, rather than painting them on, a sgraffito technique that the previous potter of Saschiz used before him in the late 18th Century. What Marinel makes depends on the weight of the clay – and how he’s feeling on the day. “Making a pot is about the journey, rather than the destination,” he told me. “It is all about the emotions you feel along the way.”

Saschiz, like Viscri and all the other villages in Târnava Mare, has remained relatively unchanged since the Saxons first settled here: it consists of two parallel rows of pastel-hued houses, built in a line on either side of a stream. The villages were originally organised into different neighbourhoods, or Nachbarschaften; supportive communities who worked together to carry out communal tasks, a practice that continues today. Livestock owners, for example, are still required to spend a certain amount of time (depending on how many cattle or sheep they own) clearing the pastures and meadows of scrub.

It was a creaking ride by horse and cart up to the scrub-cleared pastures between Viscri and Criț. Liviu Damian, the man chosen to look after the village flock this season, was spending the entire summer at the sheepfold here, his only company a couple of local shepherds and the fierce sheep dogs that (mostly) keep the area’s wolves and bears at bay. His temporary home was a bare-floored shack, where he cooks, eats, sleeps and – in the room next door – makes cheeses using an assortment of wooden troughs and trays. There were about 180 sheep under his watch, which his shepherds milked by hand each evening; most households own between 10 and 20 sheep, and they all receive a few kilograms of cheese from Damian each week.