Few people have anything approaching an articulate philosophy—at least as epitomized by the great philosophers. Even fewer, I suspect, have a carefully constructed theology. But everyone has a worldview. Whenever any of us thinks about anything—from a casual thought (Where did I leave my watch?) to a profound question (Who am I?)—we are operating within such a framework. In fact, it is only the assumption of a worldview—however basic or simple—that allows us to think at all.

What, then, is this thing called a worldview that is so important to all of us? I’ve never even heard of one. How could I have one? That may well be the response of many people. One is reminded of M. Jourdain in Jean Baptiste Molière’s The Bourgeois Gentleman, who suddenly discovered he had been speaking prose for forty years without knowing it. But to discover one’s own worldview is much more valuable. In fact, it is a significant step toward self-awareness, self-knowledge and self-understanding.

So what is a worldview? Essentially this: A worldview is a commitment, a fundamental orientation of the heart, that can be expressed as a story or in a set of presuppositions (assumptions which may be true, partially true or entirely false) that we hold (consciously or subconsciously, consistently or inconsistently) about the basic constitution of reality, and that provides the foundation on which we live and move and have our being.

This succinct definition needs to be unpacked. Each phrase represents a specific characteristic that deserves more elaborate comment.

Worldview as a Commitment.
The essence of a worldview lies deep in the inner recesses of the human self. A worldview involves the mind, but it is first of all a commitment, a matter of the soul. It is a spiritual orientation more than it is a matter of mind alone.

Worldviews are, indeed, a matter of the heart. This notion would be easier to grasp if the word heart bore in today’s world the weight it bears in Scripture. The biblical concept includes the notions of wisdom (Proverbs 2:10), emotion (Exodus 4:14; John 14:1), desire and will (1 Chronicles 1:18), spirituality (Acts 8:21) and intellect (Romans 1:21). In short, and in biblical terms, the heart is “the central defining element of the human person.” A worldview, therefore, is situated in the self—the central operating chamber of every human being. It is from this heart that all one’s thoughts and actions proceed.

Expressed in a Story or a Set of Presuppositions.
A worldview is not a story or a set of presuppositions, but it can be expressed in these ways. When I reflect on where I and the whole of the human race have come from or where my life or humanity itself is headed, my worldview is being expressed as a story. One story told by science begins with the big bang and proceeds through the evolution of the cosmos, formation of the galaxies, stars and planets, the appearance of life on earth and on to its disappearance as the universe runs down. Christians tell the story of creation, Fall, redemption, glorification—a story in which Jesus‘ birth, death and resurrection are the centerpiece. Christians see their lives and the lives of others as tiny chapters in that master story. The meaning of those little stories cannot be divorced from the master story, and some of this meaning is propositional. When, for example, I ask myself what I am really assuming about God, humans and the universe, the result is a set of presuppositions that I can express in propositional form.

When they are expressed that way, they answer a series of basic questions about the nature of fundamental reality. I will list and examine these questions shortly. But consider first the nature of those assumptions. Assumptions that may be true, conscious, consistent. The presuppositions that express one’s commitments may be true, partially true or entirely false. There is, of course, a way things are, but we are often mistaken about the way things are. In other words, reality is not endlessly plastic. A chair remains a chair whether we recognize it as a chair or not. Either there is an infinitely personal God or there is not. But people disagree on which is true. Some assume one thing; others assume another.

Second, sometimes we are aware of what our commitments are, sometimes not. Most people, I suspect, do not go around consciously thinking of people as organic machines, yet those who do not believe in any sort of God actually assume, consciously or not, that that is what they are. Or they assume that they do have some sort of immaterial soul and treat people that way, and are thus simply inconsistent in their worldview. Some people who do not believe in anything supernatural at all wonder whether they will be reincarnated. So, third, sometimes our worldviews—both those characterizing small or large communities and those we hold as individuals—are inconsistent.

The Foundation on Which We Live.
It is important to note that our own worldview may not be what we think it is. It is rather what we show it to be by our words and actions. Our worldview generally lies so deeply embedded in our subconscious that unless we have reflected long and hard, we are unaware of what it is. Even when think we know what it is and lay it out clearly in neat propositions and clear stories, we may well be wrong. Our very actions may belie our self-knowledge.

Because my book, The Universe Next Door, focuses on the main worldview systems held by very large numbers of people, this private element of worldview analysis will not receive much further commentary. If we want clarity about our own worldview, however, we must reflect and profoundly consider how we actually behave.

Basic Questions
If a worldview can be expressed in propositions, what might they be? Essentially, they are our basic, rock-bottom answers to the following questions:

Within any given worldview, core commitments may vary widely. For example, a Christian might say, to fulfill the will of God, or to seek first the kingdom of God, or to obey God and enjoy him forever, or to be devoted to knowing God or loving God. Each will lead to a somewhat different specific grasp of the Christian worldview.

A naturalist might say to realize their personal potential for experiencing life, or to do as much good as they can for others, or to live in a world of inner peace in a world of social diversity and conflict.

The question and its answers reveal the variety of ways the intellectual commitments are worked out in individual lives. They recognize the importance of seeing one’s own worldview
not only within the context of vastly different worldviews but within the community of one’s own worldview. Each person, in other words, ends up having his or her own take on reality.
And though it is extremely useful to identify the nature of a few (say, five to ten) generic worldviews, it is necessary in identifying and assessing one’s own worldview to pay attention to
its unique features, the most important of which is one’s own answer to this eighth question.

Within various basic worldviews other issues often arise. For example: Who is in charge of this world—God or humans or no one at all? Are we as human beings determined or free? Are we alone the maker of values? Is God really good? Is God personal or impersonal? Or does he, she or it exist at all? When stated in such a sequence, these questions boggle the mind. Either the answers are obvious to us and we wonder why anyone would bother to ask such questions, or else we wonder how any of them can be answered with any certainty. If we feel the answers are too obvious to consider, then we have a worldview, but we have no idea that many others do not share it. We should realize that we live in a pluralistic world. What is obvious to us may be “a lie from hell” to our neighbor next door. If we do not recognize that, we are certainly naive and provincial, and we have much to learn about living in today’s world. Alternatively, if we feel that none of the questions can be answered without cheating or committing intellectual suicide, we have already adopted a sort of worldview. The latter is a form of skepticism which in its extreme form leads to nihilism.

The fact is that we cannot avoid assuming some answers to such questions. We will adopt either one stance or another. Refusing to adopt an explicit worldview will turn out to be itself a worldview, or at least a philosophic position. In short, we are caught. So long as we live, we will live either the examined or the unexamined life.

It is my assumption that the examined life is better. 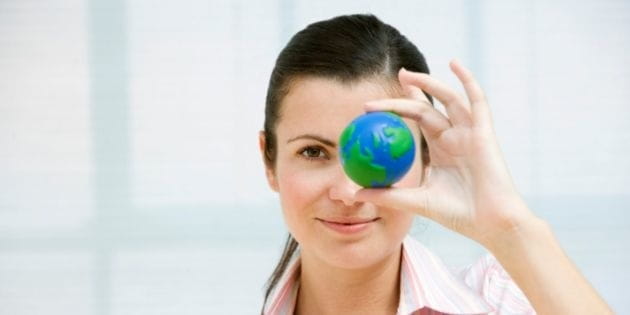