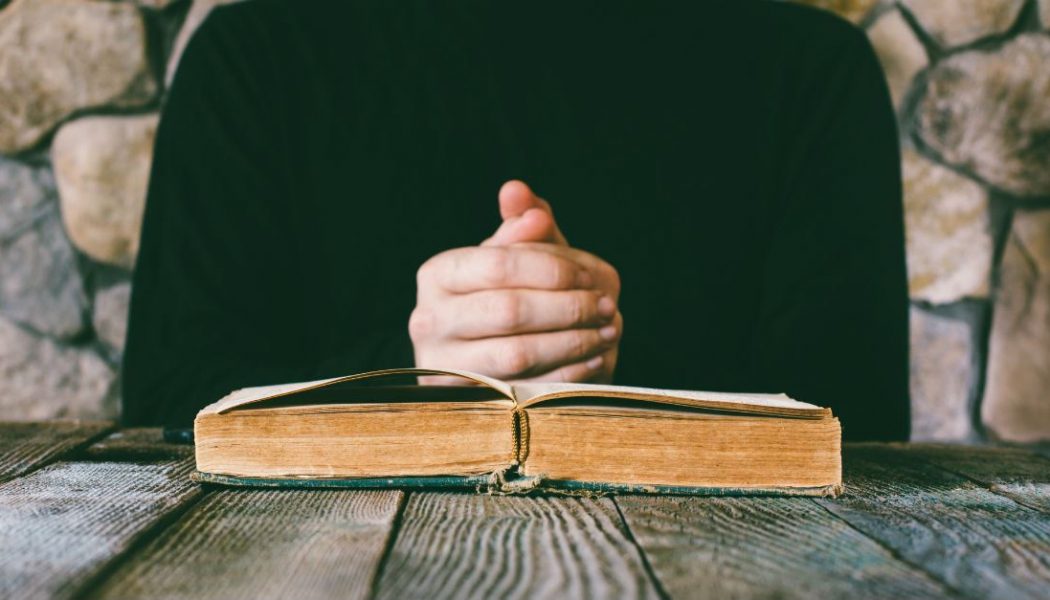 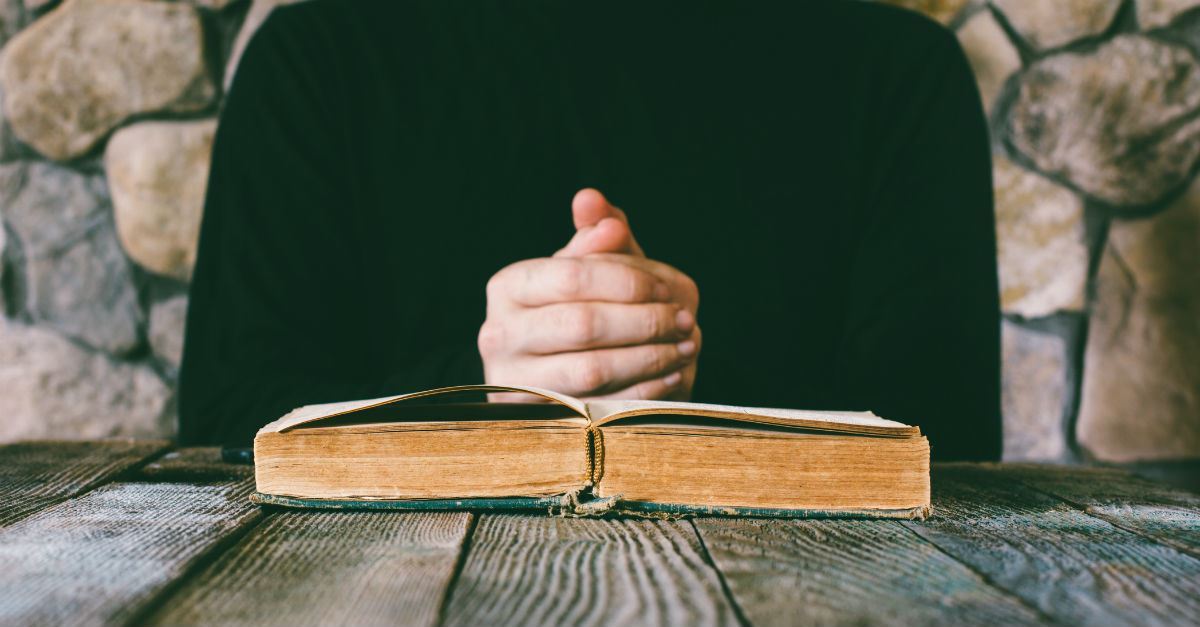 The World Mission Society Church of God, (WMSCOG) which originated in Korea, currently claims three million followers in 175 countries and about 7,500 churches worldwide, according to their website.

While the Christian church labels the WMSCOG a “cult,” this organization counters that “the truth has disappeared, and lawlessness prevails.” They claim to be “leading the true religious reformation by restoring the truth of the early Church to lead mankind to eternal life.”

“A typical cult […] persuades by coercion and exploits its members, economically, sexually, or in some other way,” Rick Ross wrote on The Guardian.  Cult leaders often have strong, authoritative, and even charismatic personalities. They often use intimidation tactics to maintain and grow control over their followers.

Members of this cult use Scripture as the basis for their beliefs. For example, they promote a version of the Trinity in which “Father, Son, and Spirit are three roles played by the same singular person,” according to Luke Wayne on CARM.org.

Also, “keeping the ceremonial Passover feast is absolutely necessary for salvation,” Wayne also wrote.  Christ’s crucifixion and the received gift of grace was not sufficient in itself.

What the World Thinks about WMSCOG

“One of the most pervasive, fundamental convictions of contemporary American society” is that “all roads lead to God,” James Emery White noted on ChurchLeaders.com. To say that “other ways are wrong is narrow-minded, bigoted and prejudicial.”

Many people reading about the WMSCOG’s religious beliefs will care less about theology and more about results. There are no reports of mass suicide, polygamy, or statutory rape. Volunteering is important to the World Mission Society Church of God, who have received awards from world leaders for environmentalism, disaster relief, and more. In light of prevailing Universalist sentiments (meaning everyone is saved and going to Heaven), there is nothing wrong or dangerous about this cult.

One former member of WMSCOG, interviewed by People Magazine, described how church leadership demanded that followers “spend hours in services or studying the Bible. The church, […] controlled the music [they] listened to and forbade [members] from using the Internet.” Apparently, “tithes of 10 to 15 percent of their salaries were mandatory, and [] the church even encouraged members to donate possessions that were later sold at church fundraising events,” the former member told People.

If claims of financial exploitation are true, this fits with the definition of a cult offered above.

Another former member claims he was “lured” into the group and frightened into signing a contract. This “confidentially agreement was meant to hide “illegal and wrongful conduct,” such as forced abortions, tax fraud and advocation of doomsday prophecies,” he said.

Such claims are evocative of coercion and pressure, tactics often used by cult leaders.

A further rumor, this one in reference to sex trafficking, was refuted personally by members of a branch of the church in Washington State. The answer church members are given to any such rumors circulated by detractors, or even questions unbelievers might pose about abortion etc., is that “Satan will use the people closest to you to try to ‘kill your spirit,’” according to this local news report.

Questions are not well received according to people who have either left the church or outsiders who have interviewed believers. In contrast, 1 Peter 3:15 instructs Christians to “always be ready to make a defense” of your faith. The one true God is unafraid of questions and encourages thoughtful belief.

Current members of this cult disagree about the tactics outlined in People Magazine; members are not encouraged to have abortions for example. They argue that the WMSCOG does not use its influence for selfish financial or sexual gains as cults typically do. They serve the public rather than themselves, appearing not to grow financially stronger as a result of their activities.

Statements about sex trafficking and financial exploitation are difficult to substantiate. One cannot take rumors or the views of a handful of people and pit them against the numerous proponents of such a popular religious group in order to arrive at the truth. One can, however, use the authority of the Bible as a means of evaluating the danger of the WMSCOG theologically and also determining the risks of believing its tenets.

Is the WMSCOG Dangerous? What’s wrong with their beliefs?

When comparing WMSCOG activities to the horrors of mass suicides, polygamy, and teen pregnancies arising out of other cults, the World Mission Society Church of God sounds harmless.

Jesus, however, told his disciples “whoever causes one of these little ones who believe in me to sin, it would be better for him to have a great millstone fastened around his neck and to be drowned in the depth of the sea.” (Matthew 18:6) In that same book, He also warns, “Beware of false prophets, who come to you in sheep’s clothing but inwardly are ravenous wolves.” (7:15)

The danger is two-fold: for those who lead believers away from the truth and for those who are not cautious of false teaching. Having been led into sin themselves, these individuals fail to recognize that Jesus is “the way, the truth, and the life” and that “no one comes to the Father except through [Him]” (John 14:6). The threat of eternal damnation is not benign, and eternity apart from the Father is precisely the risk one takes following a religion which practices and preaches heresy. Let’s examine just a few heretical WMSCOG beliefs.

God is not one figure taking on roles at appointed seasons. “The Trinity is the doctrine that there is only one God in all creation, all time, and all places. This one God exists as three persons: Father, Son, and Holy Spirit. Each person is not the same person as the other, yet there are not three gods, but one,” as Matt Slick stated on CARM.org.

Paul’s letters to the Romans and Corinthians tell us that the Father, Son, and Holy Spirit are One. Paul speaks of Jesus “who through the Spirit of holiness was appointed the Son of God in power by his resurrection from the dead: Jesus Christ our Lord” (Romans 1:4). He points out that some of his readers were dead in sin, “but you were washed, you were sanctified, you were justified in the name of the Lord Jesus Christ and by the Spirit of our God” (1 Corinthians 6:11).

Jesus hotly criticized the Pharisees for their “unbearable religious demands” and that they “never lift a finger to ease the burden” (Matthew 23:4).

Paul, writing to followers of Christ, says “sin will have no dominion over you since you are not under law but under grace” (Romans 6:14).

WMSCOG believes observing the Passover is “absolutely necessary for salvation,” Wayne said. But there is only one way to salvation. “The Scriptures are abundantly clear that forgiveness of sins, future resurrection, and eternal life in the kingdom of God are attained by grace alone through faith alone and entirely on the basis of Christ’s once-for-all finished work rather than our ceremonial practices,” he stated. One might keep the Passover as a memorial, now known as Easter, because Christians celebrate the new covenant fulfilled by Christ’s death on the cross and His resurrection as victory over death – that is, victory over sin. But “Christians [are] not bound to keep the feasts” because “the sacrifice of Jesus is enough,” he said. “We need not add anything to it.”

For example, they assert that Christ already returned in human form 50+ years ago in the form of their founder, Ahnsahnghong. Although he has died, they await the return of the Holy Spirit.

Conclusions about the World Missions Society Church of God

The World Mission Society Church of God paints an attractive picture to a world looking for kindness and peace, but they remain a cult teaching false doctrine.

On The Gospel Coalition, Colin Smith instructs readers in how to recognize false teachers. Leaders of cults ask “what do people want to hear? What will appeal to their flesh?” Their “movement away from the centrality of Christ is subtle,” he said. An example of this is the WMSCOG’s teaching about Passover.

Scripture has warned that “people will not endure sound teaching but having itching ears they will accumulate for themselves teachers to suit their own passions” (2 Timothy 4:3). As with any question that Christians encounter, they need only to prayerfully turn to Scripture to discern the truth.

23ct rhodium plated cz speckled square shaped stackable band. Significant improvements have been made to ways to limit gambling addiction and get help for those who need it the most. For more information about the ride neuron affiliate program please click here.