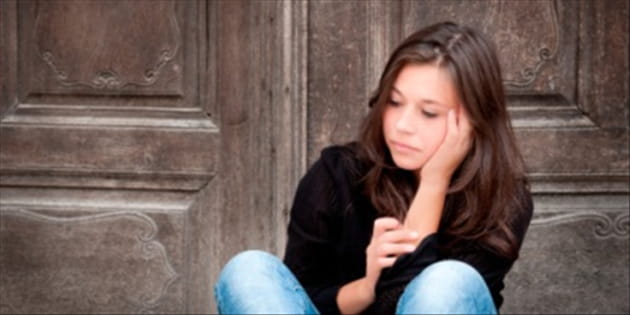 [Editor’s Note: While we cannot address every wrong in the world, the horrifying situation at Steubenville, Ohio led us to ask contributing writer, Justin Holcomb, to write on the matter of sexual assault. How can we best help those who have experienced the trauma of sexual assault? What can we do to foster a culture of safety in our communities and churches?]

“Silence in the face of evil is itself evil: God will not hold us guiltless.
Not to speak is to speak. Not to act is to act.”
~Dietrich Bonhoeffer

In the small Ohio town of Steubenville, several high-school football players have been charged in the gang-rape and kidnapping of a 16-year-old girl at multiple parties while she was allegedly drugged and unconscious. The story is making headlines after hacking group Anonymous released photos and video of teenagers laughing about the assault with jokes like, “She is so raped right now.” Leaked photos recovered from Instagram also show what appear to be members of the so-called “Rape Crew” holding the limp, unconscious victim by her wrists and ankles. The incident, which occurred in August and rose to prominence after the New York Times reported it in December, turned into a scandal after the leaked information suggested the case was being covered up by town leaders to protect the high-school athletes at the center of the case.

Tragically, incidences of sexual violence like Steubenville are all too common. In fact, the problem is actually worse than you might think from the news stories: sexual assault is one of the most under-reported crimes, and less than 40 percent of all sexual assaults are reported to law enforcement. This is because of the unique shame, fear, and embarrassment that sexual assault victims experience. The pressure to say nothing is compounded by our culture of victim-blaming in which rape and assault victims are often said to be “asking for it” by dressing too provocatively, going out alone too late at night, or drinking too much. The victim-blaming impulse shows up every time these stories appear. In the Ohio case, some residents have blamed the girl, accusing that she “put the football team in a bad light and put herself in a position to be violated.”

With the prevalence of sexual violence, it is important to have a clear definition of sexual assault and consent. Many victims are not sure if what happened to them was assault, and the shame and pressure to remain silent lead to a recurring cycle of traumatization.

“Sexual assault” is the current legal term that replaced the former narrow definition of rape, though some states use the terms interchangeably. In Rid of My Disgrace (the book my wife and I wrote on gospel hope and healing for sexual assault victims), our definition of sexual assault is: any type of sexual behavior or contact where consent is not freely given or obtained and is accomplished through force, intimidation, violence, coercion, manipulation, threat, deception, or abuse of authority.

A key concept in all of these cases of sexual assault is that the victim did not consent to the sexual contact. What is consent? Consent is when an individual is freely able to make a choice based upon respect and equal power, and with the understanding that there is the freedom to change her or his mind at any time. To judge whether a sexual act is assault, we ask: (1) Are both people old enough to consent? (2) Do both people have the capacity to consent? (3) Did both agree to the sexual contact? If any of these are answered “no,” it is likely that sexual assault has occurred.

Sexual assault affects millions of women, men, and children world-wide. Though its prevalence is difficult to determine exactly because of under-reporting, the statistics are still overwhelmingly high: One in four women and one in six men will be sexually assaulted at some point in their lifetimes.

According to the Bureau of Justice, women sixteen to nineteen years old have the highest rate of sexual victimization of any age group. Statistics show that 15 percent of sexual assault victims are under age twelve, 29 percent are ages twelve to sev­enteen, and 80 percent are under age thirty. The highest risk years are ages twelve to thirty-four, and girls ages sixteen to nineteen are four times more likely than the general population to be victims of sexual assault.

Shedding Light on the Truth

While these stories of rape and assault like that in Steubenville are horrifying, the bright spot is that violence like this, which is common and often kept quiet, is finally getting widespread attention in the news and the minds of the general public. For victims, acknowledging and naming what happened to you is an important step in the healing process. For everyone else, greater awareness of the culture of violence and exploitation of women is essential so we can work to fight this evil and, rather in blaming the victims, care for those around us who have been victimized.

·         Several more free chapters and excerpts from Rid of My Disgrace.

·         On child sexual abuse: 5 Things You Should Know About Child Sexual Offenders

·         For pastors: Advice for Pastors in Caring for Victims of Sexual Assault (audio)

·         Myths and Misconceptions About Sexual Assault