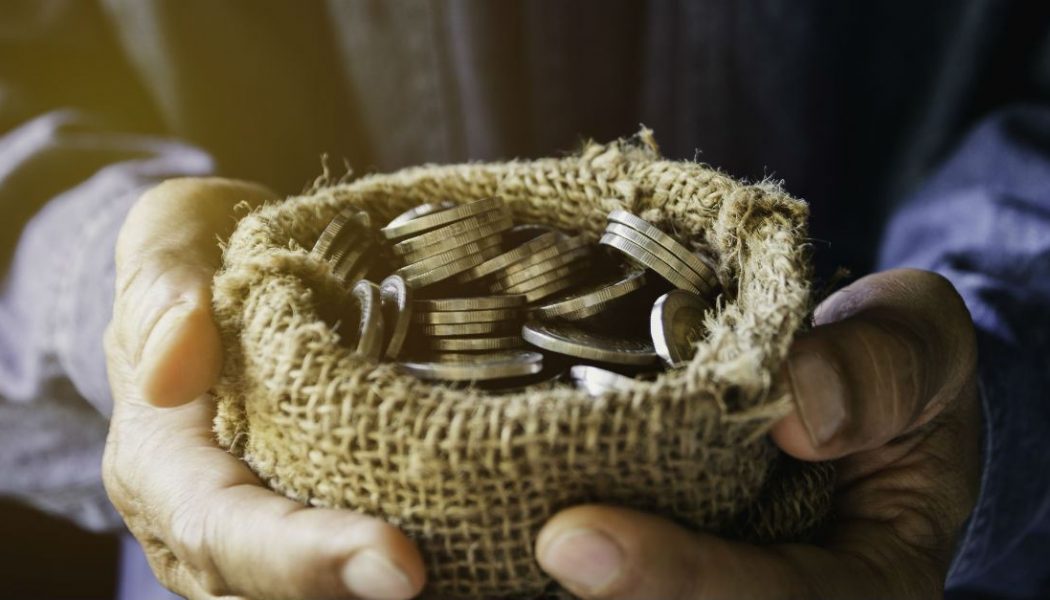 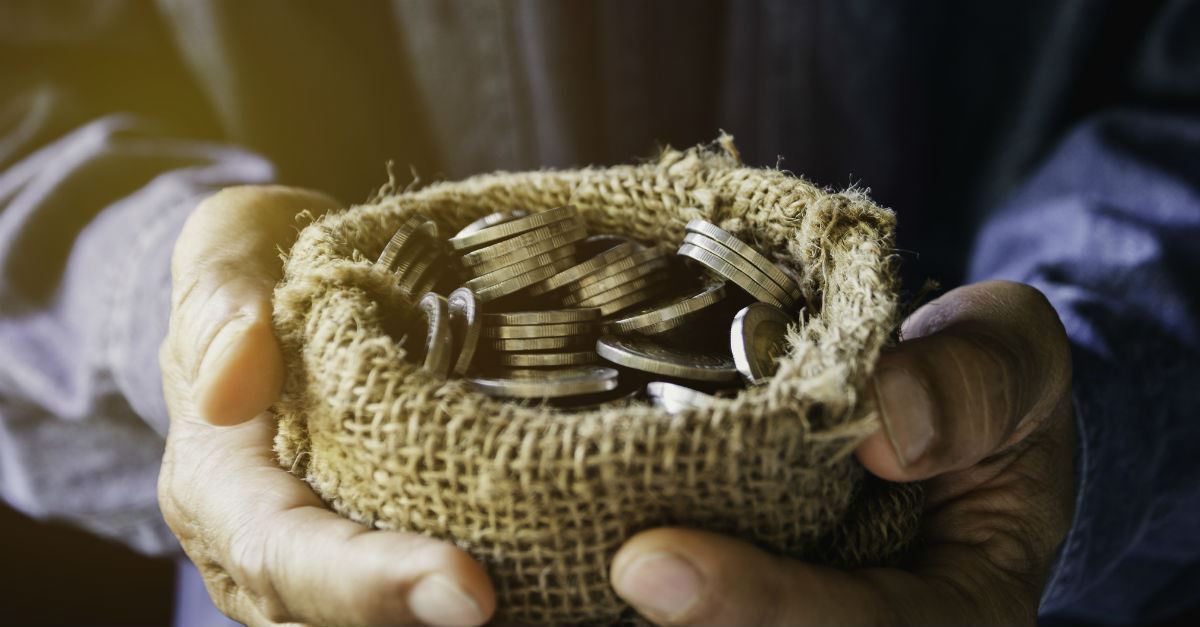 Judas’s name is the Greek version of the Hebrew “Judah” which roughly means “Praise” or “Let God Be Praised.” However, the origin of “Iscariot” is not as clear. It is widely held that the Greek iskariotes comes from Hebrew ishq’riyoth, meaning “man of Kerioth,” a city in Palestine. Thus, in this case a name like Judas Iscariot would be similar to calling someone “Bob from Los Angeles” or “Jenny the Bostonian.”

Judas lived near the beginning of the first century A.D. If the speculations about the meaning of “Iscariot” are true, he would have been from southern Judah, which also means he would have been the only one of the 12 disciples from Judea; the rest were from Galilee. Though we don’t know for sure where he grew up, he joined Jesus during His three-year ministry, definitively placing him in Israel around 30 A.D.

At the time, Israel was occupied by Rome, which was newly transformed from a republic to a massive empire of rapid conquest. In Israel, the Pharisees and Sadducees were the religious rulers of Israel and Jerusalem’s grand temple, but they were submitted in temporal matters under the authority of Roman-appointed kings or Roman governors.

Israel was already a fractured land with fighting between Samarians, Jews, and other local groups, but with the Roman occupation, Israel became a hotbed of political unrest, rebellion, and oppression, making it a volatile place to live—especially for anyone following a leader like Jesus who attracted so much attention and controversy.

Judas was one of the 12 disciples, Jesus’ closest companions. Although a specific scene of Jesus calling Judas is not included in the Gospels, as it is for others such as Philip, Nathaniel, and Peter, he is included in the list of the 12 from early on (e.g. Mark 3:19).

Though Judas isn’t mentioned nearly as much during Jesus’ ministry as others like Peter, James, and John, the Bible does record that he was the treasurer for the disciples (John 12:6; John 13:29). However, the Bible also reveals that Judas used this position for his own personal gain. John 12:6 states, “he was a thief; as keeper of the money bag, he used to help himself to what was put into it.”

Another tidbit the Bible offers is a scene in which Judas protests Jesus’ actions. John 12 opens on a dinner scene. There, the Bible records that Jesus’ friend Mary took a large quantity of expensive perfume, poured it over Jesus’ feet, and wiped His feet with her hair as an act of worship.

Judas objected. “Why wasn’t this perfume sold and the money given to the poor? It was worth a year’s wages” (John 12:5).

Though his intentions seemed pure, John 12:6 states, “He did not say this because he cared about the poor but because he was a thief.” He fully intended to skim the funds from the money bag.

Rather than expose Judas, Jesus responded to the supposed concern, at the same time poignantly addressing His own impending death, which would, of course, be partially brought about by Judas. “‘Leave her alone,’ Jesus replied. ‘It was intended that she should save this perfume for the day of my burial. You will always have the poor among you, but you will not always have me’” (John 12:7-8).

This seems to have been a tipping point of sorts for Judas. After recounting the story of the perfume (which is included in all four Gospels), both Matthew and Mark immediately follow this scene with that of Judas’ deal with those who wanted to kill Jesus. Matthew records,

“Then one of the Twelve—the one called Judas Iscariot—went to the chief priests and asked, “What are you willing to give me if I hand him over to you?” So they counted out for him thirty silver coins. From then on Judas watched for an opportunity to hand him over.”(Matthew 26:14-16)

Throughout the Gospels, Jesus repeatedly predicted that He would be betrayed (e.g. John 6:70-71). However, this betrayal came to a culmination on the night of the Last Supper, Jesus’ final meal with His disciples before He was taken away and crucified.

During this scene, John 13:2 records that the devil had already prompted Judas to betray Jesus. The Bible does not state why Judas did what he did. His habits with the money bag might suggest greediness, but it is also quite possible that he was troubled by Jesus’ insistence that He would die. Many were looking for a strong political leader in a Messiah, and Jesus was not what they expected. The Bible also explicitly states that Satan was involved with Judas’ actions, but not to what extent.

During the Last Supper, Jesus told His disciples He would be betrayed. When asked by whom, He replied,

“It is the one to whom I will give this piece of bread when I have dipped it in the dish.” Then, dipping the piece of bread, he gave it to Judas, the son of Simon Iscariot. As soon as Judas took the bread, Satan entered into him.

He is next seen entering the garden later that night where Jesus is praying. Knowing the place, Judas led a detachment of soldiers and officials to Jesus. Judas told the men, “The one I kiss is the man; arrest him” (Matthew 26:48). He then proceeded to approach Jesus and kiss him in greeting. After this, Jesus was arrested.

Matthew 27 records Judas’s demise. When Judas saw that Jesus was condemned to death, he was “seized with remorse” (Matthew 27:3) and returned the 30 coins to the chief priests and elders. When they disregarded him, he threw the money into the temple, left, and went away and hanged himself.

What We Can Learn from Judas

Judas’s life story is a tragic one, but it points to God in powerful ways.

Multiple prophecies hundreds of years before Judas’s birth predicted his betrayal. Zechariah predicted Jesus would be betrayed for 30 pieces of silver (Zechariah 11:12-14). Psalm 41:9 predicted that Jesus’ betrayer would share his bread, which Jesus directly referenced in John 13:18 and acted out in John 13:26-28.

Thus, God knew of this “disastrous” turn of events long before it ever occurred. God was not blindsided by this betrayal. In fact, it was part of His plan. In order to save the world from sin, the Bible claims, Jesus had to die. God therefore used Judas’ betrayal to help bring about the salvation of His people.

Satan may have thought he was thwarting God’s plan through Judas, but the results show just how impossible that is. Judas reminds us that God is always in control. Judas’s name itself, “Let God Be Praised,” is a reminder that even the worst of situations can be used by God in powerful ways.

Alyssa Roat is a literary agent at C.Y.L.E., a freelance writer,and an editor with Sherpa Editing Services. More than a hundred of her works have been featured in various publications ranging from The Christian Communicator to Keys for Kids. When she isn’t writing, she has a habit of spending way too much time researching ancient and pre-medieval history. Find out more about her hereand on social media @alyssawrote.