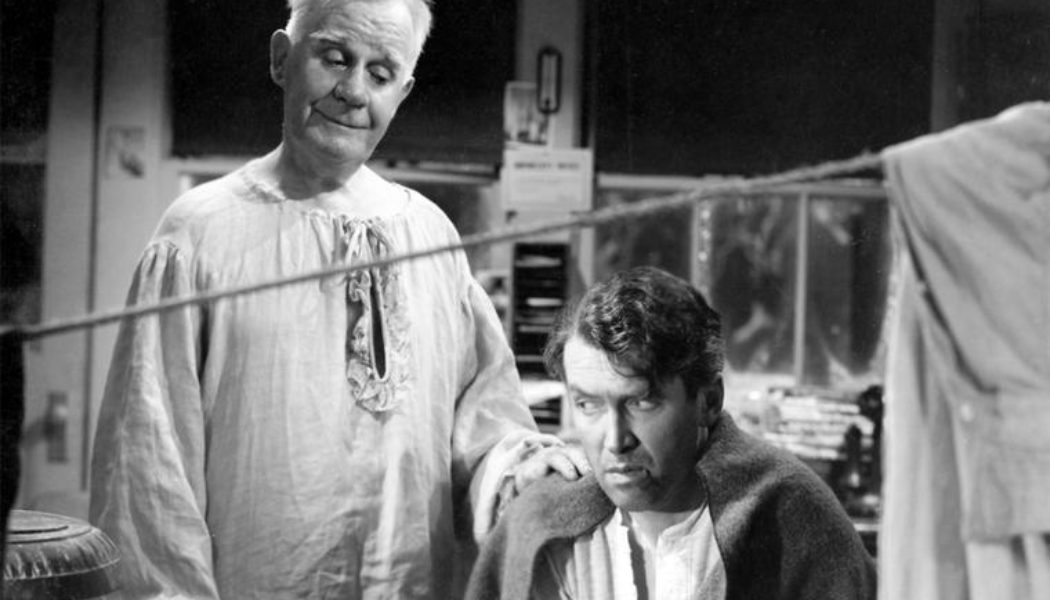 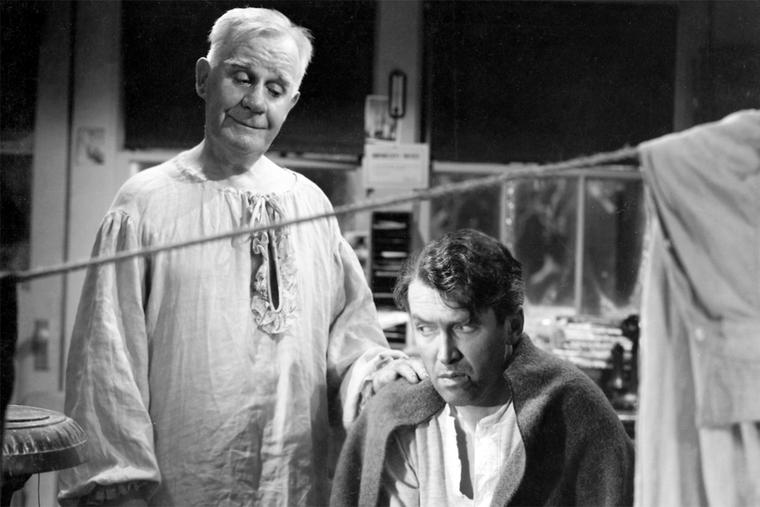 Clarence opens our eyes to the reality that our virtuous actions are not done in a vacuum; they help heal the world.

Even after repeated viewings, It’s A Wonderful Life refuses to grow stale in our hearts. The film is so rich that we can discover something in the tenth viewing we failed to notice in the ninth. Perhaps that is because — though each frame of the film remains identical — we have grown. Each viewing prompts new ideas and questions. Lately, I have begun to ponder the question: Who is the hero of the movie?

Over the years, I have pridefully identified with George Bailey. After all, we both have big families; we both worked in the financial services industry in tiny towns; we both served the little guy, rather than mega-millionaires and corporate titans. George is the hero, right?

Harry Bailey was a bona fide war hero, risking his life to save others. You can make a strong argument for Harry.

What about Mr. Peter Bailey? From his perspective, the movie begins in medias res, but Peter Bailey has stood up to Mr. Potter for many years before George ever came on the scene. Even after Peter Bailey passed away, George continued to look to him for guidance. What about Mrs. Bailey, who raised her sons to be heroes? She also urged George to call upon Mary Hatch one evening — an encounter that led to a marriage blessed with many children.

The argument has also been made that Mary is the hero. Again, there’s a strong case.

It is the rare human being who — with an emphatic smile — sacrifices her honeymoon money to appease an unruly crowd. In a world focused on money, Mary — a person of uncommon beauty and exceptional virtue — was never motivated by wealth. Whenever life handed Mary lemons, she turned around and cheerfully made lemonade by the gallon.

So there we go. For the question of best hero in the film, our multiple-choice test is ready, consisting of the possible answers provided above. It’s pretty simple.

Why then — in the dawn following a recent family viewing of the film — did I find myself tearfully pleading, “Dear God, please help me be more like Clarence?”

Granted, Clarence Odbody does not possess the common traits of a hero. Clarence lacks good looks, intelligence, charm and etiquette. He’s a misfit in any and every situation. Even when he is alone, he seems out of place. Nothing seems to fit him, and he fits nothing. We are told that Clarence desperately wants wings — and he’ll need them, simply to avoid tripping over his own feet.

But Clarence is unshakably certain of this one thing: George’s life had profound influences on everyone around him — an impact that rippled out to the universe. Clarence’s challenge was not to prove that fact scientifically; the difficulty was helping George see that reality. Clarence underwent mockery, injury, freezing water and verbal abuse in order to inform George of his infinite worth. But Clarence stayed the course. George quipped that money “comes in pretty handy down here,” but Clarence realized that it was not money that George was lacking — it was his inability to see the value in his own life. In an icy world, Clarence offered warm encouragement, which helped George treasure his own life. Of whatever else heroism is made, surely it consists of that.

Considering the central importance of encouragement, it’s odd how stingy we fallen humans tend to be with it. Though encouragement can be the genesis of great things, we tend not to employ it outside apocalyptic times. Worse, we sometimes go out of our way to discourage others. Maybe we see the damage this may cause; maybe we don’t. But whether it is intentional or not, discouragement stifles good. As Father Lawrence Lovasik wrote, “There are few things that resist grace so much as discouragement. Many plans for God’s glory have failed because there was no bright look or kind eye or kind word to support them.”

Clumsy as he may have been, Clarence had that “bright look” and “kind eye” and “kind word” to inspire George. And that made all the difference.

The story doesn’t tell us, but the imagination spurs us to ask where these characters might go next. Perhaps Clarence has done his job so well that he becomes the guardian angel of Bedford Falls, offering each man and woman the chance to see the good he and she has done. For surely, if George had a wonderful life, then so did others.

We might note that the movie is not called George’s Wonderful Life. Rather, the picture makes a majestic and universal claim: Life is wonderful. Consider Clarence’s statement:

Strange, isn’t it? Each man’s life touches so many other lives. And when he isn’t around, he leaves an awful hole, doesn’t he?

This is a commentary on each and every life — on each man and woman and child and baby yet to be born. Our virtuous actions are not done in a vacuum; they help heal the world.

Our world has no shortage of villains — men who make the vicious and opposite claim that life is anything but wonderful. This world needs to hear Clarence’s heroic message. But it does not have to come from an angel, nor should we wait for Clarence’s message to be spoken on another’s lips. This Christmas, open your vault of encouragement. Remind others of the great good they have done.

Yours is a wonderful life.

I’ve been at this game of buying domains since the…. The suggestion of action you should take every day to constantly generate sales and income. Advanced real estate: how advanced real estate marketing can help sell your home faster and easier.