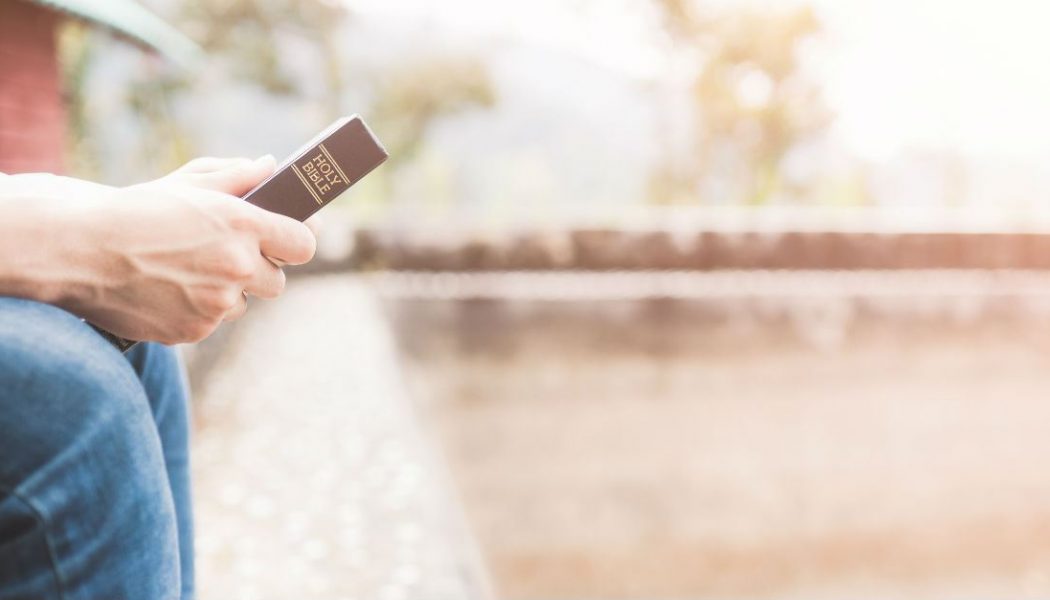 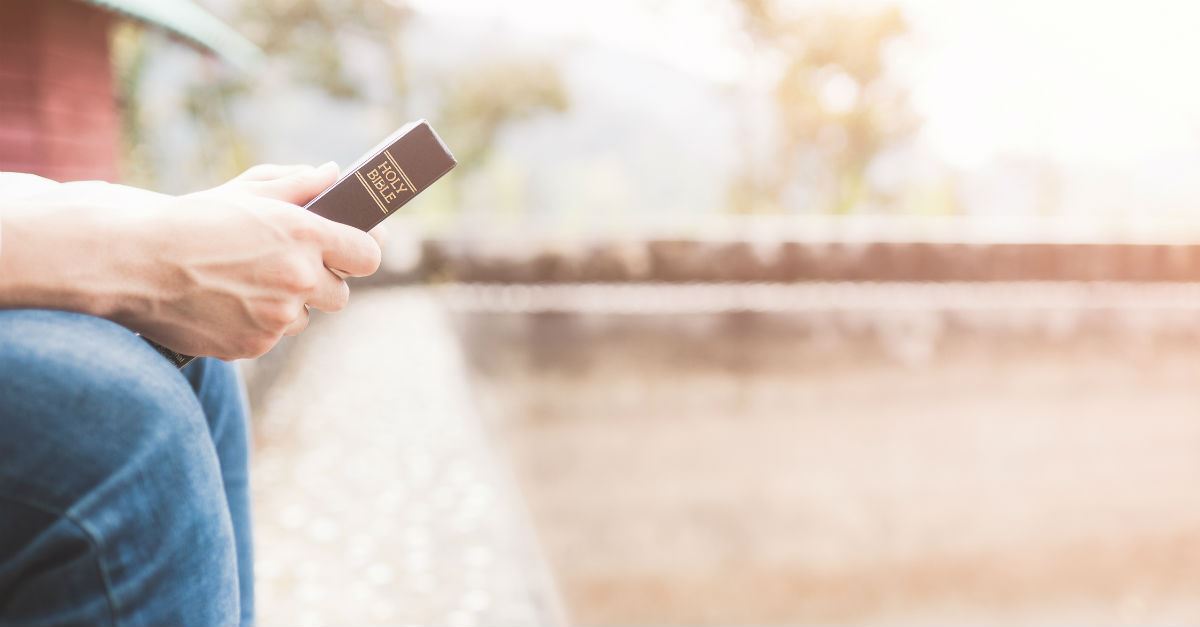 To the modern mind, the idea of purposely slaughtering animals and offering them up to a deity may seem barbaric. It also may seem incongruous with the Christian God of love. Certainly, a vengeful ancient god or angry spirit might demand blood compensation, but a God of forgiveness and love?

However, after some exploration, this seeming paradox may not be so conflicting after all.

To understand animal sacrifice, we must start at the beginning. Genesis 3 records the story of the fall of humanity, during which Adam and Eve disobeyed God, bringing sin into the world.

Genesis 3:21 then records the first death in the Bible, when God made clothes for Adam and Eve out of animal skin. Presumably, this would have been shocking and horrifying to the first couple. It was a graphic demonstration of the nature of their sin. Because they sinned, they now had to be clothed, or covered. That covering was only accomplished by the shedding of blood, a metaphor for their spiritual death and a foreshadowing of things to come.

Things only went downhill. By the second generation of humanity, Cain killed his brother Abel in jealousy, which was the first murder.

Mankind grew so wicked that only a single God-fearing man was left, Noah, and even his story ended in drunkenness and family discord. There were a couple of vague references to a Messiah (e.g. Genesis 3:15), but as of yet, there had been no permanent means of reconciliation offered between the holiness of God and the sinful nature of man.

It became evident that mankind was desperately wicked and separated from God.

The Problem: A holy God wanted reconciliation with His sinful people.

Though the world was in shambles from sin and violence, God called a nation out of captivity to become a holy people, dedicated to Him. He miraculously delivered the Israelites out of Egypt so they might commune with and worship Him.

But even God’s chosen people could not stand in His holiness. When the Tabernacle was built, the place God instructed the Israelites to build as His dwelling among them, there was a certain part almost no one could enter. The Holy of Holies, where His Presence dwelled, was curtained off from the rest of the temple and could only be entered once a year by the high priest (who had a rope tied around his ankle, just in case he was not properly cleansed and was struck dead by God’s glory, and the body needed to be pulled out). Moses himself could not gaze fully on God’s face and live (Exodus 33:20) and those who touched the Ark of the Covenant instantly fell dead.

Not only was mankind separated from God; sinful man could not stand in the burning presence of God’s holiness and live.

We now have an impasse. God, a loving God, wants to draw His people to Himself. However, the sinfulness of man made it impossible for anyone to stand directly in His presence on earth, much less in His full presence in heaven.

Hailing back to the Garden of Eden and Adam and Eve, recall that God made a “covering” for the first couple, to cover over their nakedness. They were still sinful, but God had given them a covering. Blood was shed because of their sin. This would become a recurring theme.

Mankind in the Old Testament was undeniably sinful. When God drew out Israel to be his people, he gave a long list of laws to abide by, laws against murder and stealing and laws mandating the care of widows and the poor.

However, the people could not live up to these standards. They still sinned before God. They needed a covering. Therefore, God instituted sacrifice.

The Meaning of the Animal Sacrifice

Animal sacrifice was a deeply symbolic ritual. Blood, representing life, was to be drained from the animal, reminding worshippers of death.

The way animals were prepared for different types of offerings was also deeply symbolic, as in the case of the “scapegoat,” in which one goat was slaughtered and another released into the wild, metaphorically carrying away the sin of Israel (Leviticus 6:1-34).

The sprinkling of blood around the Tabernacle (and later the temple) represented life cleansing the death of sin, since blood was a symbol of life (Leviticus 17:11).

Unlike other deities of the time, an angry God was not being “appeased” by these offerings. Rather, in His love, He offered a way for His people’s sin to be covered over, so that they could approach Him. Rebellion and sin required death. They were not to be taken lightly. In order for the Israelites to gain forgiveness, something had to die.

It was a painful process, yes. That was the point. Sin led to death. It was serious. In order to avoid their own destruction because of their sin, the Israelites had to offer something innocent to die in their place—in this case, an animal without blemish.

Unfortunately, this was not enough. The sinful nature of people led them to sin again and again. No amount of animal blood could completely wash them clean or pay for the death price they owed.

The centuries of animal blood weren’t the only thing that pointed to a need for something greater. The nation of Israel quickly fell apart, and its history was checkered with war, oppression, and serious immorality. In the end, they were carried away into captivity in Assyria and Babylon, and only returned to Israel as a subjugated people, first to Babylon, then Persia, all the way until the Roman Empire. God’s chosen people were a disaster.

There was no natural means for forgiveness. No amount of animal sacrifices would be enough; the blood served as a reminder of the people’s endless guilt, the death that would come to them in the contrast between their own sinful nature and the consuming fire of Holiness.

Israel (now known as the Jews) knew that forgiveness required blood, and that “the wages of sin is death” (Romans 6:23).

Mankind, deserving of death, could only be redeemed by the blood of something great enough to cover all humanity, and nothing could be that great but the Divine Himself. When Jesus Christ came, He was the perfect sacrifice, without blemish. As the animals offered had to be pure, He was perfect, without sin. And as death was required, someone had to die. The blood of life had to be poured out on the dead, mankind, and the scapegoat had to take on the sin of the people.

Jesus’ death and resurrection made animal sacrifice obsolete; what more could animal blood add to the cleansing blood of Christ Himself? There is no longer a curtain between the people and the Holy of Holies (Matthew 27:51). Fully cleansed by the blood of Christ, believers can stand in the presence of God.

Reading about animal sacrifice in the Bible still serves a couple purposes in modern times:

1. Animal sacrifice in the Bible reminds us of the horror of sin.

When we look back at the sacrificial rituals of the Old Testament and are rightly horrified, we are reminded of the immense, unpayable debt of sin, and the incalculable amount of blood needed to bring life back to a dead soul.

2. Animal sacrifice in the Bible reminds us of God’s love and provision for His people.

Rather than the actions of a cruel, morbid God, the Lord’s demand for animal sacrifice pointed the way to Him offering His very own Son as our sacrifice. It was a painful, horrifying slaughter of the Innocent on our behalf, but it was the ultimate gift of a loving God that the sinner might live, made innocent by the blood of a perfect Lamb.