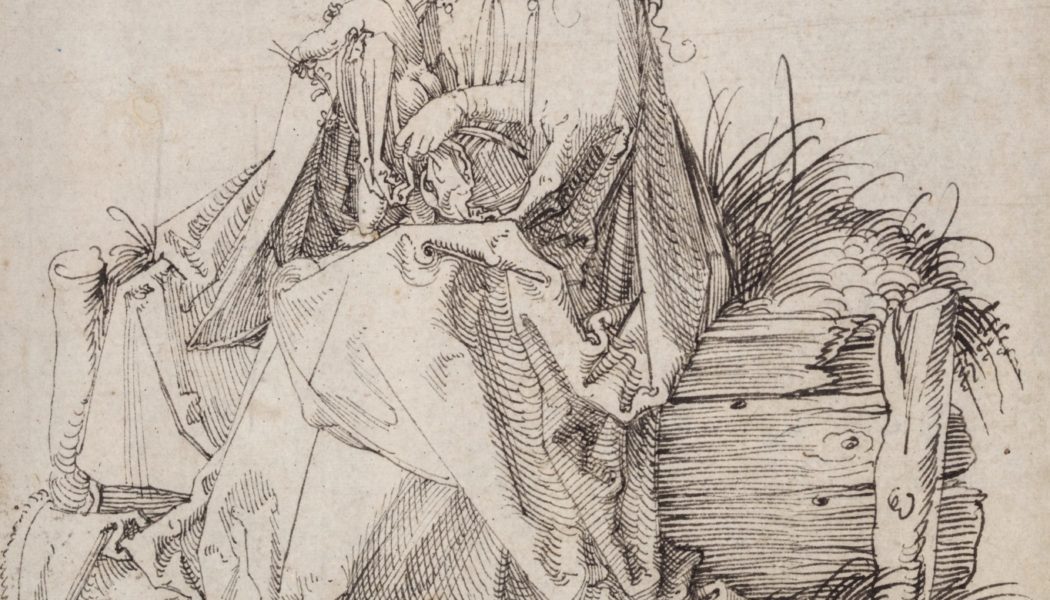 A man in Massachusetts attended a routine estate sale four years ago, where a small drawing of a woman and child caught his eye. At the bottom was one of art history’s most recognizable monograms: “A.D.”

On a lark, he bought it for $30. At the very least, it was “a wonderfully rendered piece of old art, which justified purchasing it,” he recalled.

As it turns out, the drawing is very likely worth much more—maybe up to $50 million. At least that’s what Agnews Gallery in London is asking for the piece, believing that the “A.D.” behind the artwork is indeed German Renaissance master Albrecht Dürer.

The gallery has good reason to think it’s an original drawing by Dürer. After analysis, Christof Metzger, head curator at the Albertina Museum in Vienna and a leading authority on the artist, declared the work to be genuine. Metzger has even included it in his forthcoming catalogue raisonné on the Old Master. Giulia Bartrum, a former curator of German Prints and Drawings at The British Museum, also believes the drawing is authentic and has organized an exhibition around it on view at Agnews now.

Both experts suspect the work was created around 1503 as a preliminary study for Dürer’s well-known watercolor, The Virgin with a Multitude of Animals, which was finished roughly three years later. (The painting is now in the collection of the Albertina.)

For the consigner, who wishes to remain anonymous, getting to this point of recognition—and the payday that may come with it—has not been easy. After he acquired the artwork in 2017, he brought it to several experts for authentication or potential sale, only to be denied in each instance, according to Agnews.

It wasn’t until the owner was connected by chance to Clifford Schorer, a Boston-based collector, that the artwork was seriously considered. Schorer brought the drawing to Agnews—where he’s a shareholder—who in turn took it to Metzger and other experts. A paper restorer, for instance, confirmed the age of the material, and located Dürer’s signature Trident and Ring watermark.

More was learned about the provenance of the piece, too. An architect who lived outside of Boston had inherited the drawing as a family heirloom, and it was likely purchased in Paris by his grandfather in 1919. The architect died in 2012.

The gallery has not set a specific price for the piece, called The Virgin and Child with a Flower on a Grassy Bank, according to the Art Newspaper, but Schorer suspects it could go for as much as $50 million.

According to a spokesperson for Agnews, the gallery has a “standard consignment agreement” with the owner of the drawing, and will be “compensated for the three to four years of research” required to authenticate it.

Follow Artnet News on Facebook:
Want to stay ahead of the art world? Subscribe to our newsletter to get the breaking news, eye-opening interviews, and incisive critical takes that drive the conversation forward.