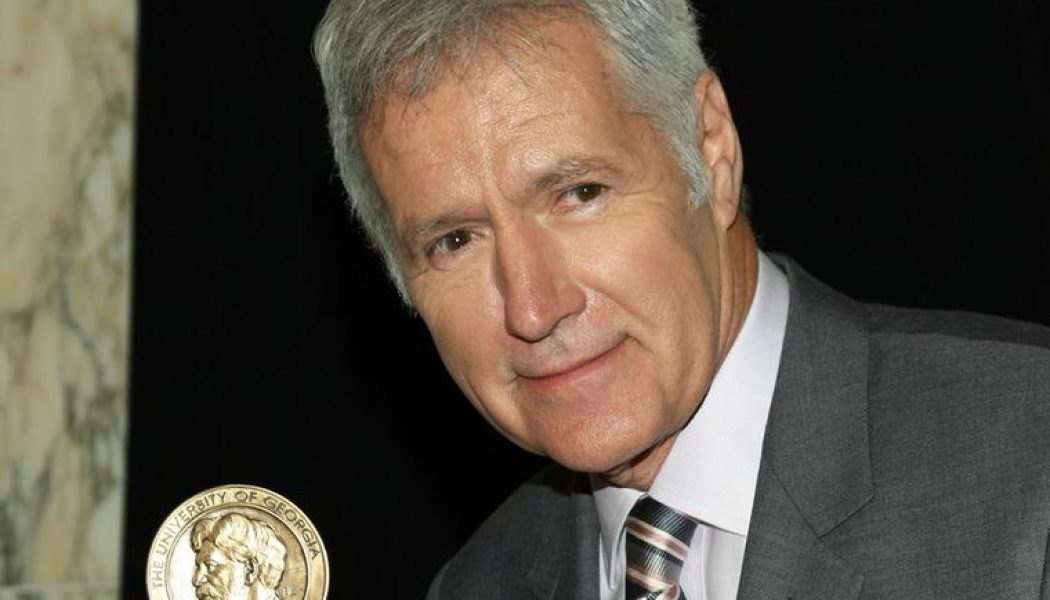 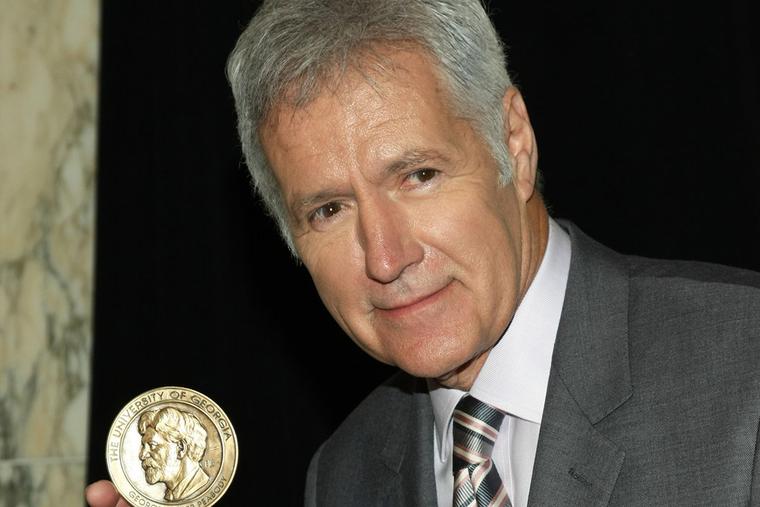 Throughout its 34-year run, the revived Jeopardy! just couldn’t shake its fascination with all things Catholic. As watchers of the popular TV game show mourn the Nov. 8 passing of its genial longtime host Alex Trebek to pancreatic cancer, we decided to look back on four decades of Catholic answers and questions.

The show had a unique format, originally suggested by Julann Wright, the wife of talk-show host and producer Merv Griffin. It made its debut in 1964 and experienced several revivals and runs before becoming an evening hit with Trebek as the avuncular host.

Instead of being a quiz show where people are asked trivia questions, contestants are given the answers and have to reply in the form of a question. For example, a $1,000 answer (Show No. 4621, Monday, Oct. 11, 2004) was “A litany may address the Lamb of God, saying ‘you take away’ these.” It led to this exchange after long-time champion Ken Jennings buzzed in:

Ken: What are our sins?

Alex: Be a little more specific.

Ken: What are the sins of the world?

The J! Archive is a treasure trove of similar information from the Trebek run of the show, a revival that ran 1984 to until the host’s recent death. The archive offers a searchable database of every episode, complete with contestants, winnings, questions and charts. Running Catholic terms through the engine generates hundreds of hits, and reveals that three priests (although, apparently, no brothers or sisters) competed over the years.

One of those was Father Michael Kavanaugh, the pastor of St. Peter the Apostle Parish in Savannah, Georgia, who calls his Season 14 appearance (Jan. 27, 1998) “the most fun of my adult life” and “the fulfillment of a lifelong dream” even though he came in “dead last.” He wiped out on the Final Jeopardy category Man in Space when he incorrectly guessed the name of the mission that put the third man on the moon. (Father Kavanaugh guessed Apollo 9. It was Apollo 12.)

“One thing I noted — once the week’s contestants were together we were immediately bonded and there was no sense of competition. We actually shared our favorite bits of trivia, our best secrets for wagering, and the like. We were brothers and sisters in Jeopardy!.”

Because Trebek knew all the questions and answers, he didn’t mingle with or speak to the contestants, and the contestants themselves were walled off from the audience while they waited to tape their own episodes.

“The only time contestants saw Alex Trebek was when you see them seeing him — while the show is being taped,” recalls Father Kavanaugh. “It is a bit painful now to watch the last shows Alex taped knowing that he has died.”

Father Kavanaugh had several kinds of questions he wasn’t too eager to see show up on the board, and one of them was anything to do with his vocation: “I was a little worried that Saints or The Bible or Popes would come up and I would make a mess of things!”

Plenty of other contestants had to face down countless questions on these subjects, though. A trip through the database reveals entire categories dedicated to general Catholicism (multiple times), Catholic Nations, A Catholic Education, Roamin’ Catholics, Catholic Geography, Nun But the Brave, The 7 Habits of Highly Effective Nuns, Catholic Priests, C is for Catholics, Catholic Terms, And Then There Were Nuns, Nun Sense, The Seven Catholic Sacraments, and multiple categories related to priests and nuns in literature, film, and TV. (“Who is Sally Field?”) And, of course, plenty of Bible questions.

There were also a striking number of categories and questions entirely about saints, places named after saints, patronages, relics, feast days and more. The amount and diversity of saint questions and categories is vast and fascinating. For example:

They even did an entire category called Thomas Aquinas, Advice Columnist, with questions such as:

Catholicism popped up in other categories, as well, such as Signs & Gestures:

That one was a visual cue, with a crew member making the sign of papal blessing.

To use one of the show’s favorite categories, here’s a Potpourri of Catholic answers through the years:

Even though Alex Trebek is gone, Jeopardy! will no doubt go on with a new host and more questions about our faith, providing a rare pop-culture catechesis watched by millions.

ANSWERS TO QUESTIONS ABOVE:

#5 – What is the Counter-Reformation?

#9 – What is ex cathedra? (A contestant incorrectly answered “Excalibur”)

3. Because omnicommissions lets you start profiting out of thin air. Systemizing your real estate business with the use of automation & outsourcing.