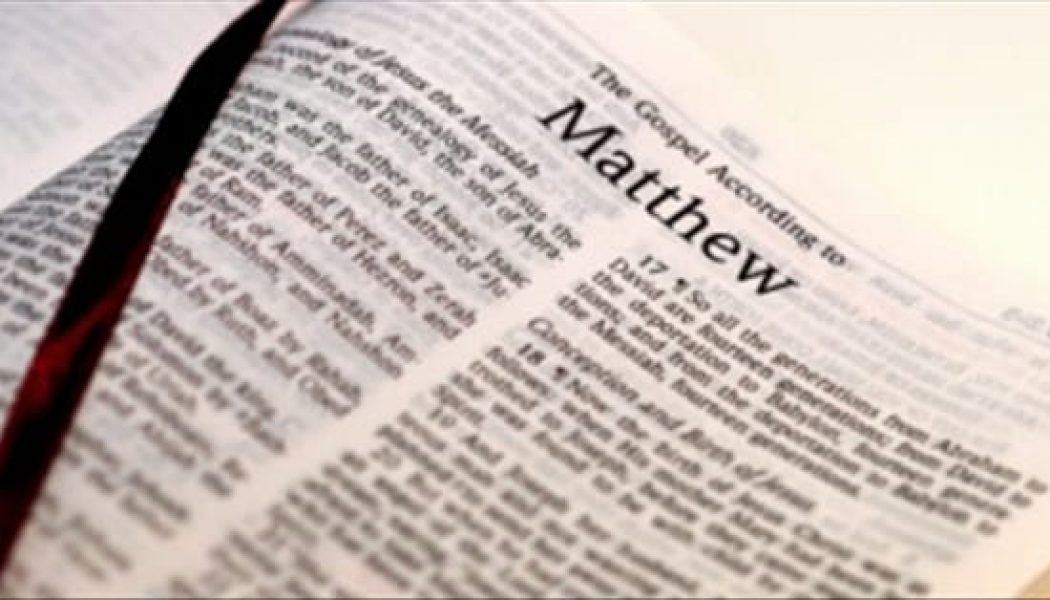 I read a story recently about a church who had just received a new young pastor. Intent on visiting every Sunday School class, the eager young man began his first Sunday on the job by visiting a boys’ class.

While meeting with them, the young pastor asked the boys, “Would you tell me please, who knocked down the wall of Jericho?” The boys immediately fell silent and began to look at one another, saying, “I didn’t do it! I didn’t do it!”

Shocked and dismayed by their lack of biblical knowledge, the pastor called a parish council meeting the next week to discuss the incident.

After hearing what happened, an elder of the church stood up and said, “Minister, let’s just get some money out of the repair and maintenance fund and fix the wall and get on with it!”

Unfortunately, this lack of biblical knowledge is more true than not! Knowledge about the Word of God has decelerated drastically among Christians, especially over the past 100 years.

We go through this life with such speed that it has isolated us from the Word of God like never before.

I will spare you a history lesson, but experts agree that our generation is in a period of time called “postmodernism.” And while the term itself is relatively new, the root causes of postmodernism are as old as time itself.

Back in the Garden of Eden, Satan asked a very simple, yet damning question when he asked Adam and Eve, “Did God really say that?” With this one inquiry, Satan cast doubt on God and eventually neutralized what God had said to Adam and Eve in the Garden.

And so it goes today; Satan neutralizes the power of the Word of God by the mantras of postmodern thinking: “Truth is relative.” “Morality is obsolete.” “Authority as a concept is passé.” “Honesty is for fools.” “The pursuit of truth is meaningless.”

Do any of these sound familiar? Beloved, we are dogged with postmodern thinking… with Satan’s deception… every day. It is endless, from the moment we wake up to the time we go to bed!

It’s in the movies we see… the TV shows we watch… the internet we surf… the books we read… the words teachers teach… and (most sadly) even in some of the sermons we hear preached.

There is no way on God’s earth that two hours of church one day a week are going to neutralize the impact our postmodern culture has upon you.

Think about it. The Bible makes it clear that Satan bombarded Adam and Eve in the Garden of Eden with continuous doubt about the words of God. And eventually, Eve got weary, threw in the towel and gave in.

So many in the church react to Satan’s bombardment the same way. And I desperately want you to avoid this same reaction! That’s why I want to challenge you to ingest the truth of the Word of God on a daily basis.

God tells us in Proverbs 14:12, “There is a way that seems right to a man, but in the end it leads to death.” Did you see that? Man’s postmodern way of thinking leads only to death.

I want to make you a promise. It’s not just a promise based upon my own experience over the course of 30 years, but upon the testimonies of thousands upon thousands of people:

I pray you will make a daily commitment to spend time in God’s Word. Trust me, it will bless you in ways you never thought possible! Your life will be radically changed as you make the truth of God’s Word your daily diet.

Leading The Way claims Dr. Youssef as the ministry’s number one volunteer. He receives no compensation for his time, nor does he receive royalties from the sale of any of the resource materials he produces and authors. God called Dr. Youssef, even before birth, and is using Leading The Way to reach millions of lost souls, equip the saints, and build up His church worldwide.