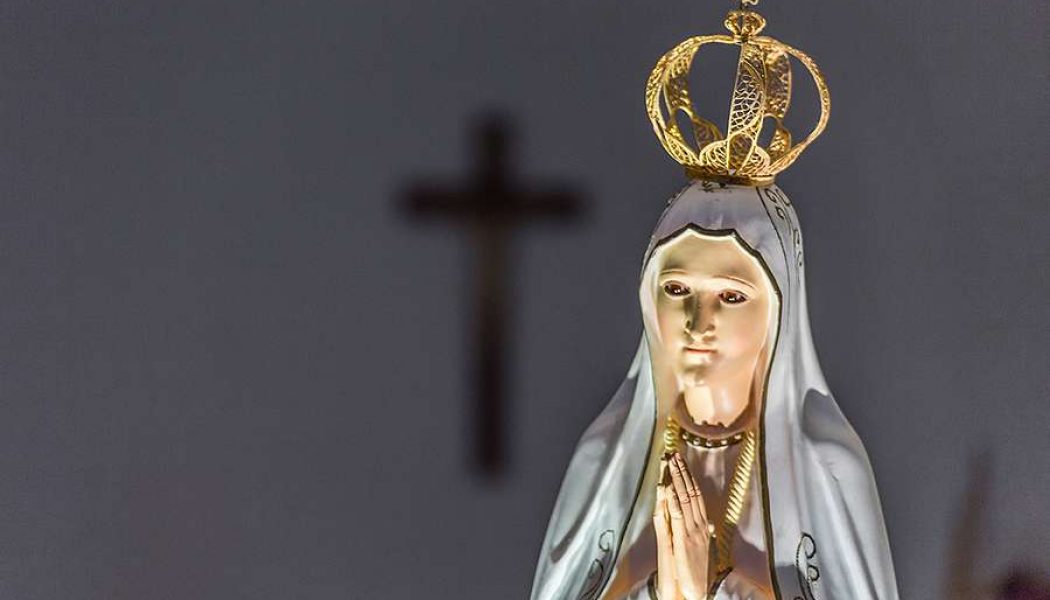 CNA Staff, Aug 14, 2020 / 12:38 am MT (CNA).- The Archbishop of Seoul, Cardinal Andrew Yeom Soo-jung, has announced that he will consecrate the Diocese of Pyongyang to Our Lady of Fatima on the Solemnity of the Assumption.

“In this meaningful year, marking the 75th anniversary of [Korean] Liberation and the 70th anniversary of the outbreak of the Korean War, I decided to dedicate the Pyongyang Diocese to Our Lady of Fatima through careful prayer and discernment,” Cardinal Yeom wrote in a message for the Assumption feast published on the archdiocesan website.

“I hope that the North Korean Church will be able to praise the Lord again in joy and peace as soon as possible through the protection and help of Our Lady,” Yeom said.

It will be the first consecration of the Pyongyang Diocese to Our Lady of Fatima since the diocese was established in 1927, according to the cardinal. The dedication will take place in a Mass in Seoul’s Myeongdong Cathedral on August 15.

The Marian feast on August 15 has a special place in the historical memory of the entire Korean peninsula as it coincides with “Liberation Day,” the date that Korea was liberated from Japanese colonial rule. It is the only Korean public holiday celebrated in both North and South Korea.

“I hope that the day will come soon when we will be able to share the joy and happiness of the Assumption with our North Korean brothers and sisters,” Yeom said.

The South Korean cardinal said that he asked Pope Francis for a special blessing for the Diocese of Pyongyang and that the pope will ask for the Virgin Mary’s protection on the date of consecration.

Cardinal Yeom serves as both the Archbishop of Seoul and the apostolic administrator of the Diocese of Pyongyang, North Korea’s capital.

“In the midst of the division of North and South Korea following liberation and the vortex of the Korean War in 1950, all of our nation suffered beyond words,” Yeom said.

“Religious people had to face greater suffering. Throughout the Korean War, all cathedrals in North Korea were closed and the monasteries were disbanded. In addition, priests, religious, and Christians were mercilessly arrested and suffered torment or killed,” he said.

The report is based on interviews with North Korean women who were detained in North Korea between 2009 and 2019 after attempting to escape by crossing the Sino-Korean border. An informal network of Christian groups and NGOs run an “Underground Railroad” to bring these North Korean escapees out of China, where they face repatriation, to safety.

“If one is found to have gone to a South Korean church while staying in China, they are dead. I therefore tried hard not to reveal my life in China. I was beaten up as a result. I was beaten to a level that my rib was broken. I still feel the pain,” one North Korean defector testified to the UN Human Rights staff.

Cardinal Yeom said that there is not a single active priest in North Korea. “As the head of the Seoul Archdiocese and the Pyongyang Diocese, I believe that God’s special grace is necessary to resolve this unfortunate reality,” he said.

The cardinal asked Korean Christians to support and practice evangelization with determination so that North Korean Catholics can someday enjoy the freedom of faith as a fruit of this Marian dedication.

“We must also ask Our Lady, the Queen of Peace, for true peace in our society,” he said.

In a message for the 2020 Day of Prayer for the Reconciliation and Unity of the Korean People, Bishop Peter Lee Ki-heon of Uijeongbu stated that “To nurture peace on the Korean Peninsula, not an easy task, it is essential that the two Koreas join hands.”

He added that peace on the peninsula must be achieved by the Korean people, rather than by the powers surrounding the peninsula.

The bishop urged the South Korean government to arrange for the reunification of separated families, reopen the Kaesong Industrial Complex,  resume tourism to Mount Geumgang in North Korea; and develop an inter-Korean railway connection project.

He called it “most important” that a peace agreement be reached, with an official declaration of the end of the Korean War. “Such developments will have to be followed by an authentic peace treaty and new international relations,” he stated.

In thee, O Lord, do I put my trust; let me never be ashamed: deliver me in thy righteousness.
Psalm 31:1
DailyVerses.net