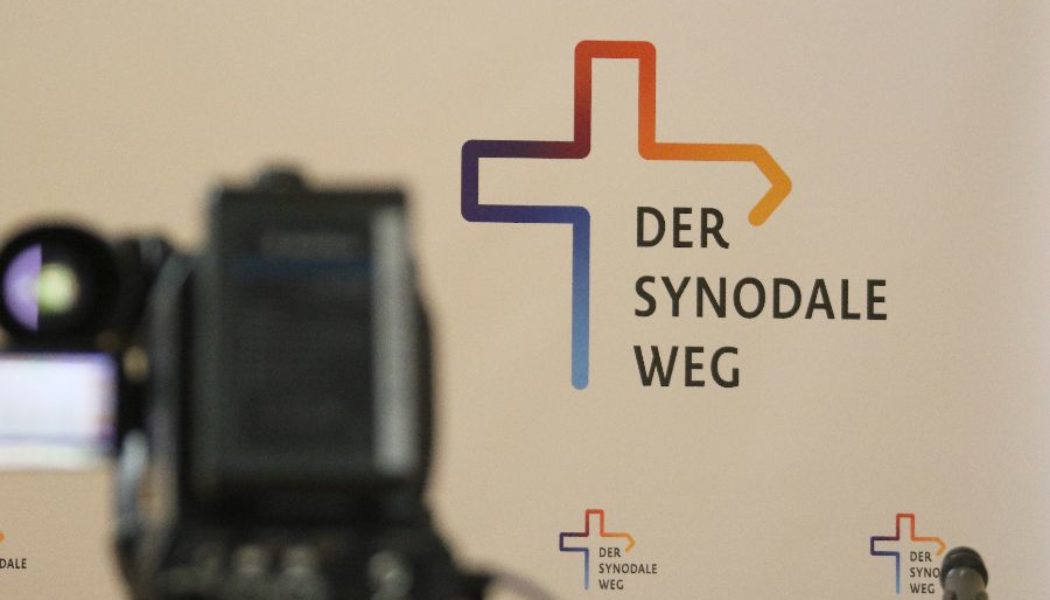 The German bishops’ conference unveiled the initial results Wednesday of a study measuring global support for the goals of the country’s controversial “synodal way.”

The study, co-funded by the bishops’ conference, is gauging the attitude of Catholics around the world toward the four main themes of the German initiative: power, the priesthood, women in the Church, and sexuality.

The 599 participants from 67 countries, surveyed online in April, were either current or former beneficiaries of scholarships in Germany, but researchers concluded that this did “not mean that they automatically adopted the German perspective, as shown by the significant differences …  in responses, especially by region.”

Almost two-thirds of respondents — more than 90% of whom were Catholic — strongly agreed with the statement that “shared participation of lay and clergy in the mission of the Church helps in proclaiming the message.”

But only 44% strongly supported the abolition of mandatory priestly celibacy and 42% firmly backed the admission of women to the diaconate and priesthood. Less than 38% strongly agreed that “the Catholic Church should reassess its stance on homosexuality.”

Researchers noted marked differences in opinion between respondents in Africa and Latin America, with Africans significantly more likely to agree that “sexuality may have its place only in a Catholic marriage” and disagree with the call to reassess homosexuality.

The study’s results come at a delicate time for supporters of the synodal way, a project launched in 2019 to bring together Germany’s bishops and select lay people to discuss hot-button topics such as women deacons, married priests, and homosexuality.

Vatican officials strongly criticized the initiative during the bishops’ November ad limina visit to Rome. They appealed for a moratorium, but the majority of German bishops rejected the proposal.

With the Vatican expressing deep reservations, synodal way organizers have begun to stress that their concerns are shared widely outside Germany and should be high up the agenda of next year’s synod on synodality in Rome.

Addressing Vatican cardinals on Nov. 18, bishops’ conference chairman Bishop Georg Bätzing underlined that “the issues we are dealing with in the four forums and at the synodal assemblies are also being discussed in other parts of the Church.”

Irme Stetter-Karp, a co-president of the synodal way along with Bishop Bätzing, said on Nov. 19 that the call for a moratorium “shows me how important it will be that we clearly bring our agenda to the global synod.”

The synodal way published a 68-page magazine in English in August, aimed at building support for the initiative outside Germany.

Writing in the introduction, Bishop Bätzing and Stetter-Karp said that the magazine aimed to show that the synodal way’s topics were being “addressed – in different ways, perhaps, but no less clearly – in many different places throughout the Universal Church.”

In an interview published on Dec. 2, one of the synodal way’s architects said that the initiative had “opened up” issues such as married clergy, women priests, and homosexuality, and they were now being “discussed internationally, not only in Germany.”

Thomas Sternberg, former president of the powerful lay Central Committee of German Catholics (ZdK), suggested that the synodal way was exerting global influence because it was not a synod in terms of Church law and therefore “even the prefabricated critical objections that have been raised in Rome come to nothing.”

He added that organizers employed tactics drawn from the political world, such as using “processes and developments to make topics worthy of discussion in the first place,” to build pressure for change in the Church.

The study of global attitudes toward the synodal way, conducted by the Catholic Academic Exchange Service (KAAD) and the Institute for the Global Church and Mission (IWM), is part of a project entitled “Synodal Way – World Church Perspectives.”

The research is divided into two parts: an initial “quantitative phase,” followed by a “qualitative phase.” Researchers will now lead regional focus groups to better understand variations in opinion.

Reflecting on the results of the quantitative phase, they said: “In summary, it can be stated that the participants are positively inclined to strengthen the role and influence of the laity in the Church in order to achieve a better distribution of power, which can also help in the proclamation of the message. Both aspects get clear approval, showing the highest values in the survey and a clear consensus within the sample.”

“In contrast, there were ambivalent opinions regarding the value of celibacy and the way priests live today. However, participants also did not clearly agree with letting them decide on their lifestyle in the future.”

“In addition, the role of women in parishes was visibly well evaluated; yet respondents expressed ambivalent opinions about their influence in their parishes and communities. The idea of allowing them to be admitted to ordained ministries seems controversial.”

The researchers concluded: “Finally, most respondents agree that the Church should be intensely concerned with the issue of sexuality, yet, their opinions about the Church’s current teaching on sexuality, marriage, and homosexuality are more ambivalent.”

“Analyses of variance between groups by background variables showed that the region of origin significantly differed in all cases. In contrast, other variables such as gender, lifestyle, or religious denomination mattered only in some specific aspects.”

Perfect gifts for game. Add to basket. Home office workstation on a budget.