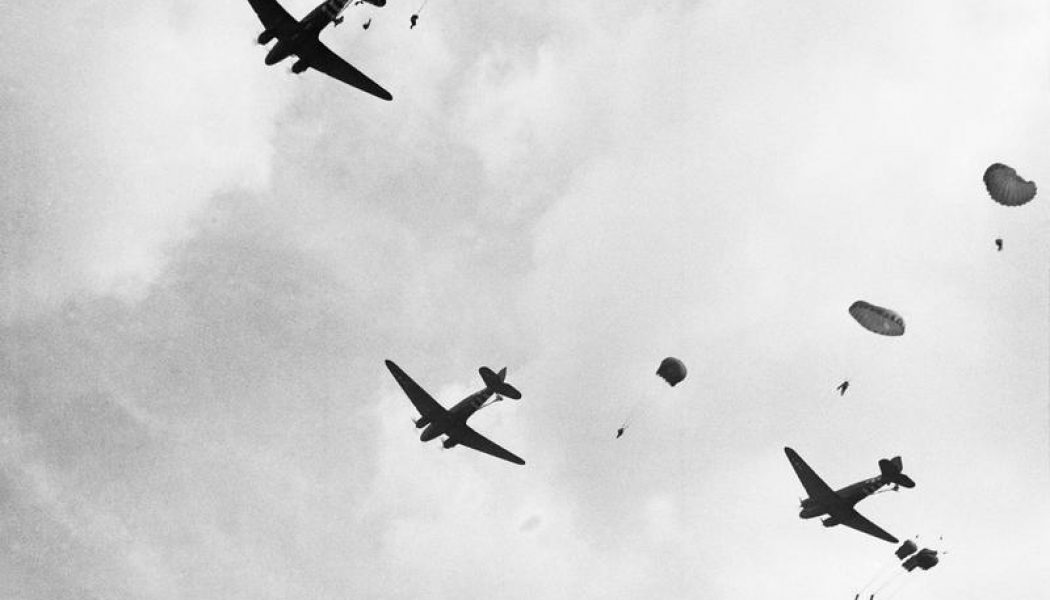 September 26, 1944. In an Arnhem hospital, Father Danny McGowan decides to go for it. He fills a bag with food, calmly leaves the building and finds a ride to the nearby town of Oosterbeek. The German who gives him the ride, seems to think that transporting a British captain in the midst of an ongoing war is an entirely normal thing.

McGowan was one of the chaplains of the British First Airborne Division. He had landed by parachute in the fields near Ede only eight days before. Like almost all chaplains involved in this battle, he spent his time caring for the wounded both physically and spiritually. On the Sep. 20, upon returning from saying Mass in a local church, German soldiers capture him and send him to Apeldoorn.

There, he celebrated Mass daily, visited the wounded and spread the news that he was hearing at night over a hidden radio set. As a chaplain, he was allowed a little more freedom to move around, and when he heard of the many British airborne soldiers still hiding in and around Oosterbeek, he decided to act.

The former battlefield became the stage for a spectacle that must have astonished the Germans: An impeccably dressed British officer, sporting a priest’s collar and a Red Cross band, wandering around, burying both German and British soldiers and collecting personal items. Afterwards, McGowan entered the surrounding woods, where he found hiding British soldier, to whom he left his bag of supplies. Back in the hospital, he informed the Dutch resistance, who eventually managed to get the soldiers to safety.

Over the next two weeks, a remarkable game unfolded: On and on, often all on his own and occasionally under friendly fire, McGowan searched the area. He collected the names of remaining British soldiers, which he then sent to the resistance, who informed the British army and the Red Cross. Time after time, the Germans caught him and sent him back to Arnhem, only to see him return afterwards.

“I knew him,” wrote Brigadier General John Hackett, who was wounded in the battle and tended to by McGowan. Hackett said he “almost felt sorry” for any German trying to stop this priest from doing “what he felt was his duty.”

McGowan’s story is told in Verscheurde Horizon (“The Torn Horizon”), a book written by Dutchman Chris van Roekel. It serves as a small monument for the fifteen British and three Polish chaplains who served in Operation Market Garden.

Van Roekel was born in Oosterbeek and was 11 years old in 1944. The battle, as well as the part the chaplains played in it, would stay with him until his death in 2018.

When we interviewed him in 2014, he mentioned two reasons for writing the book.

“On the one hand, I was struck by the discrepancy: That people with such a vocation were condemned to working in such circumstances. On the other hand, I was intrigued that so little was known about men with such great merits. Nobody had an overview of what they had done here. And they wouldn’t be giving it themselves: They were humble, servants who didn’t pride themselves on what they did.”

“Fifteen chaplains of various denominations out of more than 10,000 soldiers in total, as grains of sand in a large whole, who nevertheless did a great amount of work and dedicated themselves to their task entirely. None of them shied away from their duty. That also intrigued me,” Van Roekel said.

During his research, Van Roekel noticed how their performance ‘in the field’ earned the clerics – who had endured the same tough training as the men – the soldiers’ respect. The airborne troops, he said, may have been a “raw bunch” but everything points to the fact that the ‘padres’ really fitted in.

Between the lines, one reads in Verscheurde Horizon how normal and sometimes also comforting their presence was to the men, most of whom came from a Christian background.

Van Roekel attended many of the postwar memorial services, where, he said, the respect was still tangible.

“Men like the Reverends Bowers and Buchanan – the latter went on to become a bishop and then an archbishop in the Anglican Church of Ireland – were one with those with whom they endured that misery.”

“Moving.” That was the word Van Roekel used for the story of Father Bernard Benson. While he was tending to wounded soldiers, the Jesuit was hit by shrapnel, which shattered his lower right arm. It had to be amputated.

The whole situation “struck him terribly. Benson thought he wouldn’t be able to function as a priest anymore, now that he had only one arm. He didn’t know that in practice, bishops interpreted the relevant rule flexibly.”

The priest was also tortured by the thought that he wouldn’t be able to serve the wounded anymore.

McGowan’s fate was almost equally tragic. Of all the chaplains he described, this Catholic priest made the biggest impression on Van Roekel.

“Both sides respected him. They saw him putting himself aside entirely. McGowan never managed to process the terrible experiences. He wasn’t able to function in the everyday life of a parish anymore – the difference was too big. He applied for a dispensation from the priesthood and later he married. He took up a job at the probation department and worked with people who didn’t fit into the daily routine.”

The British, later followed by a Polish brigade, landed around Arnhem to take a bridge over the Rhine. Similarly, American airborne troops were tasked with taking bridges in and around Eindhoven and Nijmegen. They were to form a ‘carpet’ of airborne troops, allowing British Field Marshal Bernard Montgomery to cross the Rhine in 1944 and enter Germany.

Nine days of bitter fighting in and around Arnhem ensued – according to the plan, two would have sufficed. It turned out to be in vain: The Arnhem bridge was never entirely taken, the lightly armed airborne troops were forced to yield to German armored forces. The Dutch resistance had warned the Allies about these forces, but their reports were ignored. In any case, the ground forces fighting their way up from Belgium never made it to Arnhem in time.

The story of the ill-fated operation was the basis of Cornelius Ryan’s 1974 book A Bridge Too Far, later turned into a blockbuster 1977 film directed by Richard Attenborough and starring Michael Caine, Sean Connery, and Gene Hackman.

Of the nearly 12,000 British and Polish soldiers at Arnhem, a little less than 4,000 made it back to their own lines. Of the 15 British and 3 Polish chaplains, 3 were killed and 10 were taken prisoner.

On September 29, 1944, The Anglican Church Times quoted a BBC-correspondent who described the escape of the airborne troops, slipping into the darkness “after a prayer by the padre. The Church should be proud of her clergy who join their men in the dangers of such battles”.

This news article was translated for Crux by Peter Doorakkers.

I’m sure some of you are familiar with the concept of reseller web hosting. Works seamlessly for sales pages, squeeze pages, videos, and much more. (economical) will real estate prices come down? what’s the 411 | real estate lead generation.