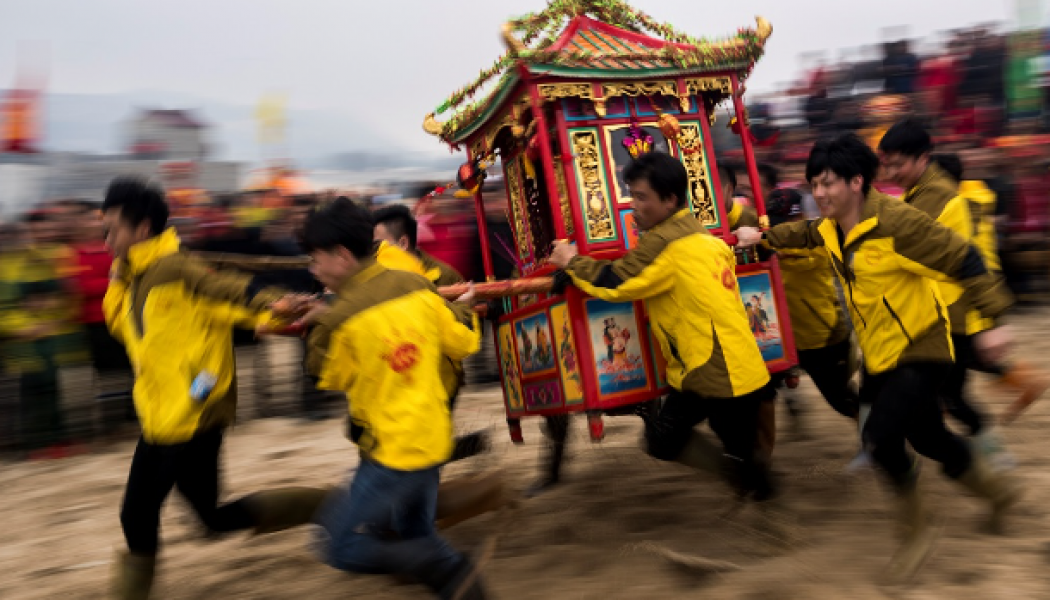 Barely reported outside China, in late October the country’s ruling Communist Party published a 10,000-character document on social mores or, more simply put, morality. It was the latest shot to be fired in leader Xi Jinping’s war against religion that has seen repression, especially against Christianity and Islam, amped up to levels not seen since the dark days of Mao Zedong which culminated in the bloody, murderous and disastrous Cultural Revolution from 1966 until the dictator’s 1976 death. But the new paper, as we will discover, is also a long overdue de-facto recognition of the spiritual vacuum that has been wrought by the officially atheist Chinese Communist Party (CCP), whose legitimacy now rests precariously, not on its original aims of creating an equal society but on the continuance of success of the nation’s economic growth and prosperity, which is also spectacularly, unequally shared and is now slowing while hundreds of millions of people remain in poverty. Those who have escaped poverty are now struggling as much as ever due to soaring living costs and personal debt, Rampant crony capitalism, along with the removal of the core of all spiritual movements and their ethical compass by the party in its various forms, has created a society where there is a parlous trust deficit. The search for spirituality by many Chinese is a way of trying to address this. Despite its official atheism, the CCP has always been involved in spiritual matters. This has involved the close control of the country’s five “official” religions: Catholicism, Protestantism, Chinese Buddhism, Daoism and Islam

Thank you. You are now signed up to our Daily Full Bulletin newsletter

It has also developed the party as savior and moral guide as its own counter-religion, with he most extreme examples being the cult of Mao Zedong and now the emerging cult of Xi Jinping. So it’s unsurprising that this is not the first time that the CCP has attempted to specifically carve out a role as the moral guardian of the Chinese people that has always been implicit in the Marxist–Lenist ideology. Indeed, the party’s track record of attempting to be all things to all Chinese people, including its moral guardian, dates back to its inception. It’s a common thematic of authoritarian regimes in modern times: they eschew existing organized religions, which after all pose a real or imagined threat regarding “loyalty.” Moral guardian of Chinese citizens The last time such a lengthy missive was disgorged by the party was in 2001. But as noted by The New York Times’ Ian Johnson, whose book The Souls of China: The Return of Religion After Mao is essential reading for anyone interested in religion in today’s China, there is a key difference in that this time the party is co-opting so-called traditional religions in its project to elevate itself as the moral guardian of Chinese citizens.  Here is a key section: “Instil Chinese traditional virtues. Chinese traditional virtue is the essence of Chinese culture and an inexhaustible source of moral construction. It is necessary to treat Chinese outstanding traditional culture with respect and pride, fully explore the rich moral resources carried by cultural classics, historical relics and cultural relics, and carry forward the good words of ancient saints, national heroes and philanthropists, so that the Chinese cultural gene will grow deeper roots in people’s ideology and moral concepts. “In-depth explanation of the Chinese philosophy of emphasizing benevolence, respect for the people, respect for integrity, respect for justice, respect for harmony and seeking for greatness, and dig deep into self-improvement, devotion, righteousness, help to the perilous, seeing the cause of justice, filial piety and other traditional virtues, combined with new era conditions and practical requirements to inherit and innovate, fully demonstrate its value of the times and eternal charm, make it harmonious with modern culture and real life, and become a clear sign of the spiritual life and moral practice of all people.” Johnson describes China’s new “civil religion” and party “curated revivalism.” The party’s latest war on religion began in 2015. Under Mao religion was consistently and often fanatically persecuted and repressed. This was so clear from the beginning of the communist state that the Vatican broke off relations with communist China in 1951. Pope Francis’ still-secret deal with the Vatican on the appointment of bishops was agreed by Beijing in an effort to assert more control over Chinese clerics by having the approximately 50 percent of China’s 12 million Catholics who worship in the so-called underground church come under the auspices of the party-run Chinese Catholic Patriotic Association. But the combined Christian churches have 70-100 million followers — Protestantism, separated by the party from Catholicism, is in its evangelical form China’s fastest-growing religion — and China’s estimated 28 million Muslims are still only a small percentage of the overall population. Hundreds of millions of Chinese tend to identify with a mixture of more traditional religions, including state-controlled Chinese Buddhism, which is very different from Tibetan Buddhism. The Dalai Lama is famously much loathed by Beijing, which is insisting on its right to “recognize’ his reincarnation. The other major recognized religion is Daoism, aka Taoism. Both Chinese Buddhism and Daoism have absorbed more ancient traditions of ancestor worship and animism, and the April 5 Tomb Sweeping Day remains a significant national holiday devoted to attending to the tombs of deceased relatives. In its march to power, the CCP paid lip service to traditional religions but soon set about destroying countless thousands of Buddhist and Daoist temples as well as Christian churches when it came to power with another major wave of anti-religious activity during the Cultural Revolution. In his New York Times piece, Johnson notes by way of example: ”Scholars estimate that by the middle of the 20th century, half of the temples that existed in China at the end of the 19th century had been destroyed. An 1851 survey of the old city of Beijing listed 866 temples; today, I count just 18. At the end of the 19th century, most villages had at least one temple and many had half a dozen; vast sections of the Chinese countryside now have no temples at all.” The hypocrisy of an elitist, officially atheistic and highly corrupt organization attempting to carve out a role in morality is well worth noting, but under Xi Jinping that is precisely what the CCP is attempting more specifically than ever. The opinions expressed in this article are those of the author and do not necessarily reflect the official editorial position of ucanews.

And it shall come to pass, if thou shalt hearken diligently unto the voice of the Lord thy God, to observe and to do all his commandments which I command thee this day, that the Lord thy God will set thee on high above all nations of the earth.
Deuteronomy 28:1
DailyVerses.net

Working from a Place of Rest

Thomas Howard and the wonder of our earthly and heavenly homes…

Flannery O’Connor is an antidote to our own unraveling…