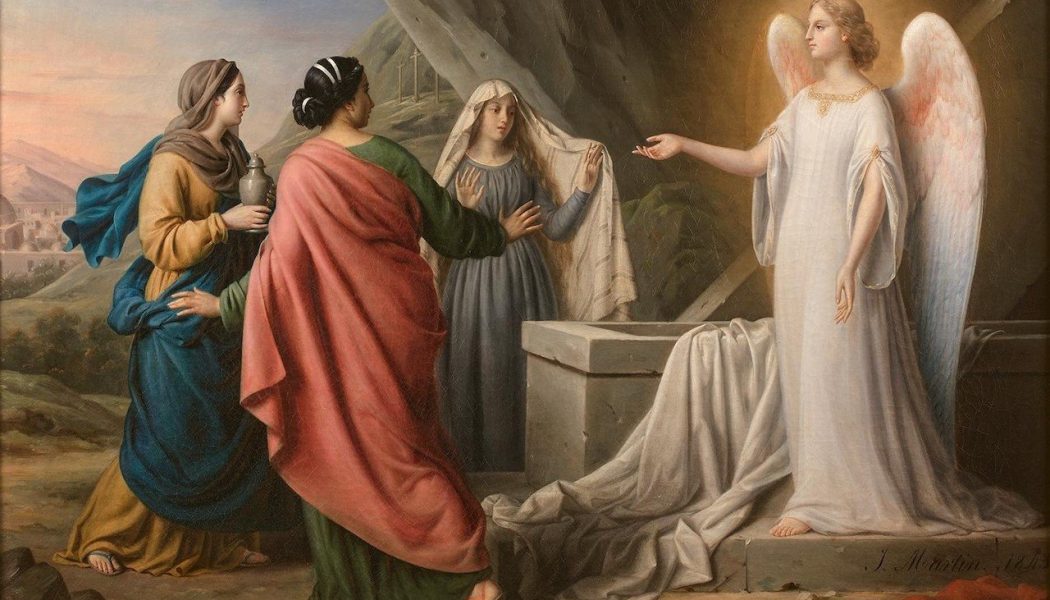 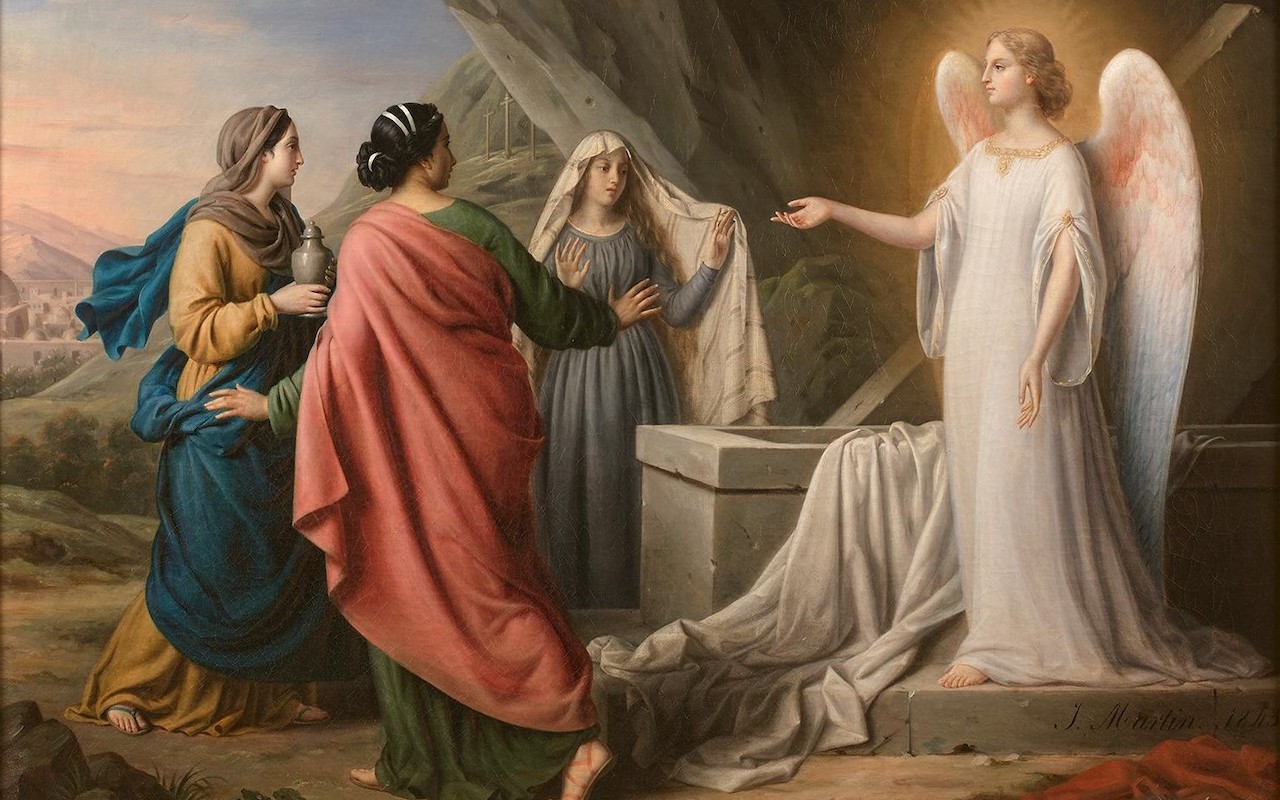 If the Resurrection never happened, then the whole of Christianity is a fraud.

Everything Hinges on the Door of that Tomb.

Everything hinges on the door of that tomb. Christians have understood that fact since the first Easter morning, when the women at the tomb anxiously began telling others that Jesus had risen from the dead. Many disbelievers—both then and now—also sense the Resurrection’s implications, and thus frantically insist that it never happened.

Every year around this time, history professors, scientists, and skeptics offer explains as to why the Resurrection never could have happened. The explanations vary. Most people don’t posit complete skepticism, such as the notion that Jesus never lived. After all, non-Christian contemporary sources confirm His life, His large following, and the consequent societal conflict that lasted until the fall of the Roman Empire and beyond. Non-Christian historians also recount—in detail—the fact that Christians believed to the point of death, beginning with the Apostles.

That’s where things get really interesting.

A Cause Worth Dying For

The argument has been made that the Apostles were crazy. Were they? The Apostles had their share of foibles and weaknesses: they weren’t the greatest fishermen, they exhibited cowardice during Holy Week, they heatedly argued about which of them was the greatest. But one thing they were not was crazy. True, the Apostles (as well as hundreds of their Christian contemporaries) died for a cause. But if dying for a cause is evidence of insanity, then military graveyards from Arlington to Normandy are the final resting places not of heroes, but of lunatics.

Were they itching to die for their cause? Not particularly. After the Resurrection, each Apostle was willing to lay down his life for Jesus, but none were eager to do so. In fact, when they had the chance, they escaped their captors—even Socrates didn’t do that. Like any good soldier for any good cause, each Apostle willingly accepted the fact that he might die in the course of his mission, but his mission was never to die—and there is a world of difference between the two.

But die, they did. And martyrs, they became.

Saint Peter denied Christ three times before the Crucifixion, but after the Resurrection, Peter’s belief was so robust that, when sentenced to Crucifixion, he insisted that he was unworthy to die in the same manner as his Savior. So, Peter was crucified upside down. As he bled out, Peter certainly remembered the promise of his Risen Lord—that Peter would also rise from the dead. Like Dismas, the good thief on the cross, Peter would soon walk in Paradise with his Risen Lord.

What of the other Apostles? Philip was tied to a cross and crucified upside down—the process taking three days, during which he preached Christianity, winning passing converts until he took his last breath. Simon and Andrew were also crucified. James the Greater, Bartholomew, and Matthias were beheaded. Thomas, who had doubted until he had touched the wounds of his risen Lord, was stabbed to death with a spear.

The method of Matthew’s death is uncertain, but nearly all ancients accounts suggest martyrdom by either burning, stoning, or beheading. Jude Thaddeus was beaten to death. Like Matthew, James the Less’ particular method of martyrdom is disputed, but it was likely beating or stoning. John the Beloved, the youngest of the Apostles, lived to become an old man in his exile on the island of Patmos in Greece.

Never have twelve men been more unified in belief.

The Fear and Fury that Drove the Apostle’s Persecutors

What was it? What had they seen?

They had seen Jesus.

They had seen the risen Christ, touched him, and spoken with Him after His Death and Resurrection. And then they went about the world, telling the world what they had seen.

Even as late as Good Friday, the Apostles wavered. But after they saw Jesus in His resurrected glory, they never wavered again. These Apostles—men who had been too scared to kneel at the foot of the cross just days prior—now believed unshakably all the way to martyrdom.

Of course, it was not just the Twelve Apostles who believed. Rodney Stark, author of The Triumph of Christianity: How the Jesus Movement Became the World’s Largest Religion, notes that Christianity spread like wildfire almost immediately after the Resurrection. The bloodthirsty reigns of rulers like Nero and Domitian saw many Christians executed, and it is worth remembering that some of those executed had personally spoken and walked with Jesus. They believed that Jesus’ Resurrection happened.

Stark notes the letter of the Roman magistrate Pliny the Younger, lamenting in the year 112 that Christianity had taken firm root—not only among the poor class, but also among the wealthy and prestigious.

“For the moment, this is the line I have taken with all persons brought before me on charges of being Christians. I have asked them in person if they are Christians, and if they admit it, I repeat the question a second and third time, with a warning of punishment awaiting them. If they persist, I order them to be led away for execution….Now that I have begun to deal with the problem, as so often happens, the charges are becoming more widespread…for a great many individuals of every age and class, both men and women, are being brought to trial, and this is likely to continue.”

(Some might find it odd that—when discussing a historical period in which Christian men and Christian women and Christian children were thrown to hungry lions before cheering crowds—it the Christians who are considered the crazy ones; as opposed to say, the anti-Christian rulers who threw them there.)

It must have infuriated the persecutors of Christians they could not find the body of Jesus. Of course, the Apostles were all too willing to tell them where the Body of Jesus could be found: seated at the right hand of God the Father in Heaven. Unhappy with that answer, and the personal implications of that answer, they renewed their ghastly attacks. As the personal implications remain the same, it is little wonder that attacks on Christians throughout the world have continued to this day

It also must have infuriated the Christian persecutors that they could not find the body of Jesus’ Mother. Christians were known as having a powerful devotion to the bodies of the saints—considering them relics—and yet the body of Mary was nowhere to be found. We know where most of the Apostles are buried. Where is Mary buried?

The Apostles knew what such a search was in vain. For she was, and she is, in the presence of Heaven, gazing upon Her divine Son in all his glory.

What the Empty Tomb Meant

We are reminded at Easter, that is also our destiny. For the words of the angel at the tomb were also meant for us.

“Fear not you; for I know that you seek Jesus who was crucified. He is not here, for he is risen, as he said. Come, and see the place where the Lord was laid. And going quickly, tell ye his disciples that he is risen: and behold he will go before you into Galilee; there you shall see him. Lo, I have foretold it to you.”

That is still our mission, for we understand what the empty tomb meant, what it still means, and what it will always mean. Christ has conquered death.

Christ is Risen! Indeed He is Risen.

Shroud of Turin: Available for Veneration Via Livestream

[Video] The Body of Christ After the Resurrection

How the Resurrected Jesus Reveals Himself to Us