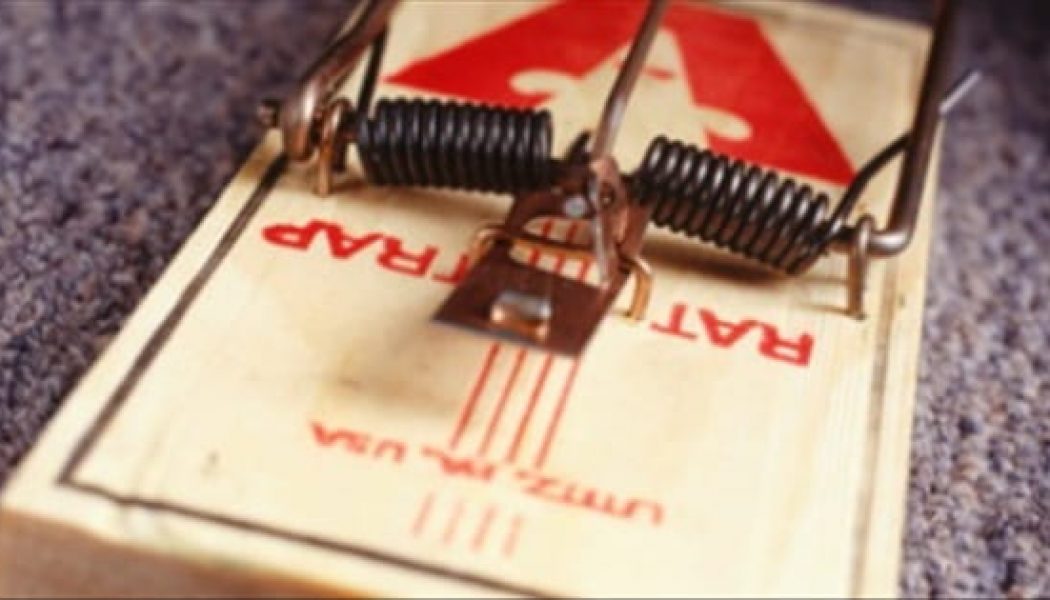 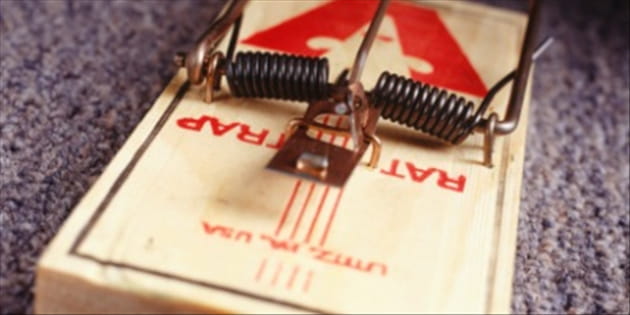 I recently had to call the exterminator. My father-in-law was visiting and thought he spotted termites. I tried not to panic, hoped insurance would cover the costs, and had someone come inspect the house. Thankfully, no termites. That was the good news. The bad news is that we do have carpenter ants. And, based on this fella’s look in our crawl space, a few mice to boot. When I got home that day, Holly (my wife) was ready to sell the house. She doesn’t do mice. So, now I’m on a quarterly pest control plan and am a few hundred dollars poorer.

Dealing with pests is annoying. I don’t have time for this kind of stuff. Why did God make ants and mice anyway?

But not dealing with pests is dangerous. Carpenter ants (along with termites) eat wood and can cause serious structural damage to a house. And mice carry diseases. If you don’t exterminate the pests, they just might exterminate you. Or make you really sick. Or cost you a lot of money in home repairs later on. Better deal with the pesky pests now than ignore them and pay for it later.

It kind of reminds me of what a seventeenth-century theologian named John Owen once said about sin. “Be killing sin or sin will be killing you.” Sins are the termites of the soul, the carpenter ants that eat away at our hearts, our inner lives, the subterranean parts of our very selves. Sins are like mice: they may seem harmless enough when you look at them behind glass in the pet store, but they also carry deadly disease.

Having to deal with sin in my life is sometimes annoying. I don’t particularly enjoy confession and repentance. But not dealing with sin is dangerous. And the Apostle Paul tells us that they must be exterminated: “If you live according to the flesh, you will die; but if by the Spirit you put to death the misdeeds of the body, you will live” (Romans 8:12, NIV). Be killing sin, or sin will be killing you.

So, how do you kill sin?

Look to the Cross

Well, first we must go to the place where sin has already been slain: the cross of Christ. “‘He himself bore our sins’ in his body on the cross, so that we might die to sins and live for righteousness; ‘by his wounds you have been healed'” (1 Peter 2:24, NIV). Or, to quote John Owen again, “There is no death of sin without the death of Christ.” The only way you can really kill a sin is through faith in Jesus, who has already died for your sins on the cross.

Get to the Root

Next, it’s important that we get to the root of sin in the heart. Jesus taught that wickedness and sin come from the heart (Matthew 15:18-20) and Paul exhorts us to go after not just sinful deeds, but evil desires (Colossians 3:5). To draw on the pest illustration again, it’s not enough to just stomp on the ants when they appear. Our exterminator sprayed the perimeter of our house, our trees, and more. This was evidently the best chance of killing off the nest. Our sinful actions always spring from a deeper nest of disordered affections, sinful motives and evil desires. To kill sin, you have to go deep.

Make No Provision for the Flesh

Of course, that doesn’t mean you can ignore the behaviors themselves. Paul, in fact, tells us to “make no provision for the flesh, to gratify its desires” (Romans 13:14, ESV). If you struggle with lust, you may need to cancel your Sports Illustrated subscription before February. If the temptation is drunkenness, then stay out of bars. Or, if it’s gluttony (and almost no one ever talks about that weighty sin), maybe you need to avoid fast food restaurants and the snack aisle in Walmart. But whatever your sinful tendency is, you’ve got to pay attention to where and when you’re tempted and avoid those times and places.

Depend on the Spirit

But don’t think you can exterminate sin on your own. You can’t. That’s why Paul says that it’s “by the Spirit” that we put to death the misdeeds of the body (Romans 8:12). This doesn’t mean no effort on our part is required. It means, rather, that all of our effort must be dependent effort. It’s kind of like parachuting. You can’t parachute unless you jump. But you still have to trust the parachute to work. In the same way, you and I must act. But we act in reliance on the Spirit’s power to carry us.

Finally, realize that this will be an ongoing battle. I can expect at least quarterly visits from my exterminator, and, if ants show up inside my house, I will have to call them back sooner.  They’re going to keep coming back. Therefore, aggressive action is required. Left unchecked, sins will also creep back into our lives. In fact, quarterly bouts of repentance will be far too little in this fight. The pests of sin have to be hunted and killed daily. Aggressive action is required.

Brian G. Hedges is the lead pastor for Fulkerson Park Baptist Church in Niles, Michigan. Brian has been married to Holly since 1996 and they have four children. He is the author of Christ Formed in You: The Power of the Gospel for Personal Change (Shepherd Press, 2010). And Licensed to Kill: A Field Manual for Mortifying Sin (Cruciform Press, 2011).