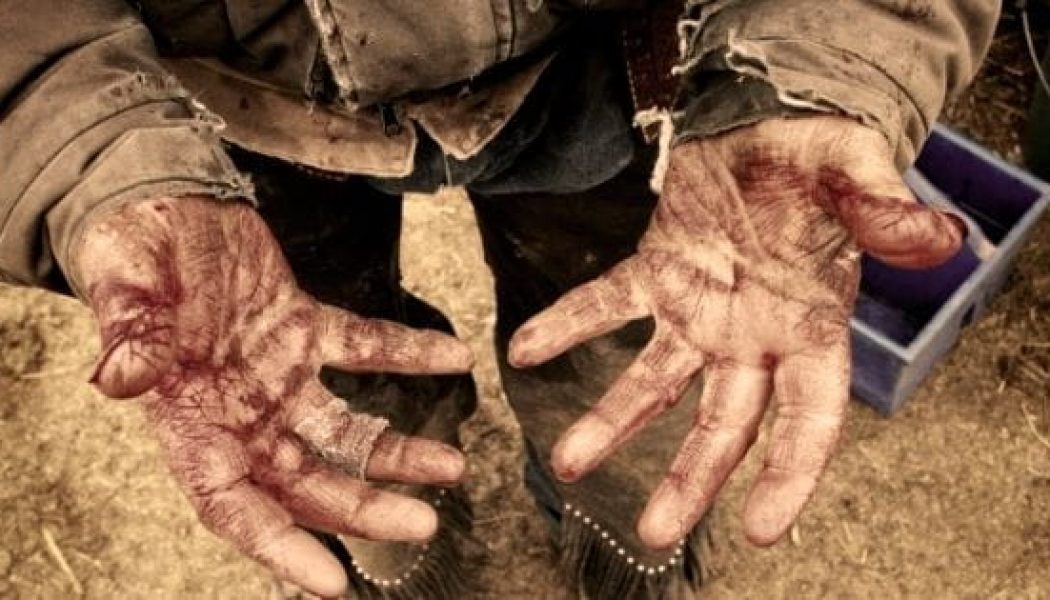 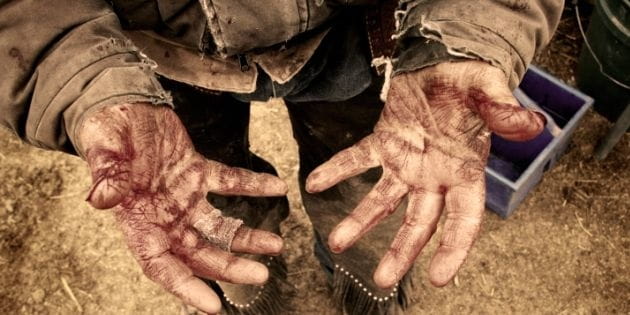 Guilt. When everything else is quiet, it’s the disquietness within you saying, “I wish I had never done that.” “I wish I could go back and do that differently.”

Older men may have guilt for failing to be present and intentional in their children’s lives when they were small. Women sometimes have it over their role in early pregnancies. Teammates have guilt for missing the winning catch or shot.

There’s no undo button in life, but we wish that our feelings of guilt could go away forever. And we need a better solution than just not talking about it, avoiding people and places that remind us of the guilt, suppressing our guilty feelings somehow, or busying ourselves to the point that we have no time to think guilt-ridden thoughts.

“If we say we have no sin, we deceive ourselves, and the truth is not in us. If we confess our sins, he is faithful and just to forgive us our sins and to cleanse us from all unrighteousness.”

These verses are not addressing the principle of sin. One cannot confess original sin and be done with it. However, we can confess thesin that is at the root of our guilt. To say “we have no sin” was a way of covering up the guilt of sin—a way of turning off the guilt feelings by just saying, “I didn’t do anything wrong.”

The Apostle John teaches the right way to get rid of our guilty status and—along with it—many of our feelings of guilt. First, we must stop denying sin. Second, we must confess our sin.

How do we deny our sin? I see at least four ways:

2)      We can reclassify sin so that it is not sin. We conveniently call something a disorder to be treated rather than a sin rooted in lack of self-control. At the end of his trial, when Ariel Castro was allowed to speak to the three victims of his decades-plus imprisonment and abuse in Cleveland, he said, “I’m not a monster; I have an addiction, like an alcoholic.” He reclassified terrible wrongdoing as something that could not be helped. At least the funk musician, George Clinton, had the decency to add nice beats to his reclassification: “Why must I chase the cat? Nothin’ but the dog in me.”

3)      We can blame others for our guilt or constantly focus on what other make us do. Yet we make the choices that later bring the guilt:We choose to use the Lord’s name in vain and curse; we choose to sleep in on Sundays rather than being with God’s people to worship. We choose to disrespect our parents. We choose to steal because we think we have earned the right to more. We choose to hate people and to lie. No one makes us do anything.

1) We fool ourselves when we deny our guilt and sin. 1John 1:8b says, “We deceive ourselves.” We might think we are over guilt, but the signs of guilt resurface in anger, a combative spirit, sheepishness around people we don’t want to find out what we did wrong, or in quickness to self-defense.

2) We fail to internalize the gospel when we deny our guilt and sin. 1John 1:8c says, “The truth is not in us.” The truth as synonymous with “the message,” mentioned in 1:1-5 that concerns the eternal life who was with the Father and manifested to us—the person of Jesus Christ, the divine Son of God. The message about him is the gospel. The proclamation of the death of Christ for sin, and his resurrection from the dead to offer life, does not allow us to deny sin when we are guilty. The gospel is the very remedy of God. He is light and has not one bit of darkness in him (cf. 1:5). Only God is without sin.

Denying the fact that we sin won’t get rid of our guilty status before God no matter how we dress it up. We must stop denying sin.

Confess
Not only do we need to stop denying sin, these verses tell us to start confessing sin. Confession is an admittance of wrongdoing. The Greek word itself is a compound made from “the same” and “to speak or say.” It is to say the same thing about what you did that God says about what you did. It is to say something specific—what you actually did—rather than something general.

John intends for us to say, “I disrespected my manger today,” and not, “Well, maybe I did something wrong at the office today.” John intends, “I grumbled, Lord,” “I am having an emotional affair and need to break it off,” or “I intentionally provoked her because I wanted revenge and I’m tired of her.” By confessing in this manner, you are calling these specific things what God calls them: Sins. As such, we must confess them, and we must turn away these specific things.

Confession gets us to the forgiving God (1:9b). Sin blocks fellowship with God. A lifestyle of denying sin means the truth of the gospel has not been internalized. But if you confess sin, you can have fellowship with God because He is faithful to His promises to forgive sin. Proverbs 28:13 says “Whoever conceals his transgressions will not prosper, but he who confesses and forsakes them will obtain mercy.” Jeremiah 31:34 says, “For I will forgive their iniquity, and I will remember their sin no more.” God is just in forgiving the sin of one who acknowledges sin.

Forgiveness is actually a problem for God because He is absolutely holy and cannot overlook sin. If He did, He would be unjust. The only way for Him to be just toward sin is to make an accounting for it. Proper confession says, “I am wrong in your sight God—a wrong for which Jesus had to die!”

Confession also gets us to the cleansing God (1:9c). In 1John 1:7, John establishes that the cleansing comes through God’s application of the death of Jesus for sins to our specific sins – “the blood of Jesus His Son purifies us from all sin.” On this basis, when we confess our sins, the work the Divine Son of God did on the cross comes and takes away our objective guilt, leaving us with no reason to feel guilty.

So if you have a guilt-causing addiction, admit it! It does not matter if the addiction is to certain foods, drugs, shopping, or painkillers. Confess and then get specialized help.

It would be wise, too, to set a time to confess sin before going to bed. Reviewing your day will make a huge difference in your approach to work, church, and family the next day, because you will have confessed wrong in the office, hypocrisy at church, and that you get on people’s nerves at home too. Look through your day, asking the Lord daily to show you were you messed up so that you can become avoid behavior that is sin and keep being cleansed by the blood of Christ.

Third, review the gospel daily. The gospel for saints is the same as the gospel for sinners: Jesus Christ cleanses us from all unrighteousness! There is not one sin that we can confess for which Jesus’s blood is not powerful enough to cleanse.

Recently I went to the dry cleaners to retrieve a shirt with a spot on it. There was a note attached to my shirt, which said, “Special attention was given to the spot(s) on this garment. However, [the dry cleaner] was unable to remove the spot(s) due to the risk of causing damage to the fabric or color in your garment.” So now the shirt is useless to me unless I wear it with a jacket, or put a pin over the spot like my children have taught me to do.

In contrast, when I take my sin-stained soul to Jesus, he has no problem washing away my sin. I can say to him, “Jesus, I was having a rough day, and I let some attitude slip out that was not right; some words I know were harmful came out of my mouth.” And because we confess rather than deny, because God is faithful and just, because He forgives and cleanses, Jesus can say, “All the guilt of your bad day, is purged by the blood I shed for you on the Cross.”

In this way, we get rid of guilt by going to Jesus.