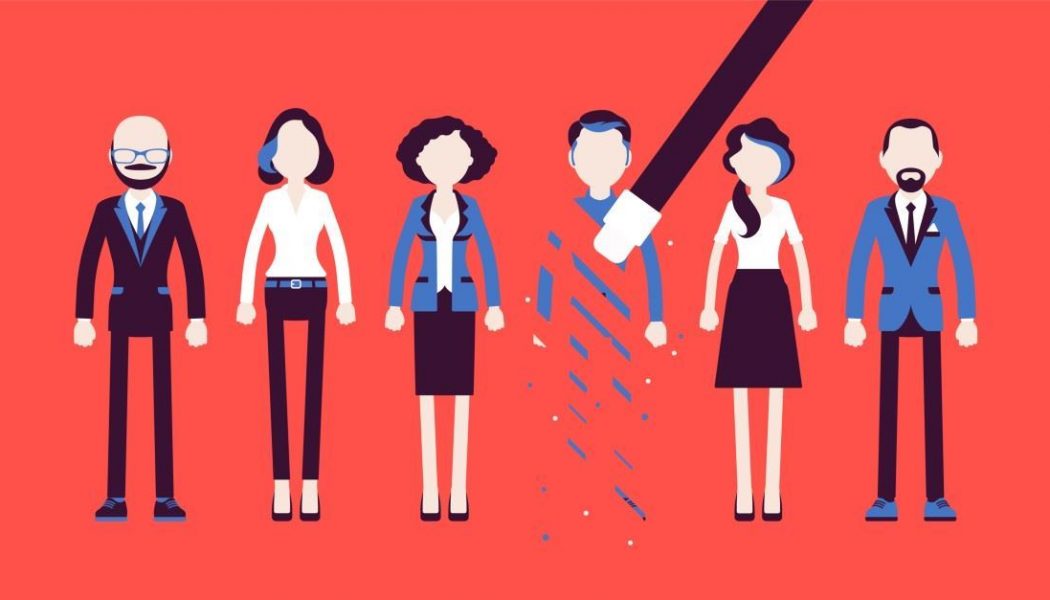 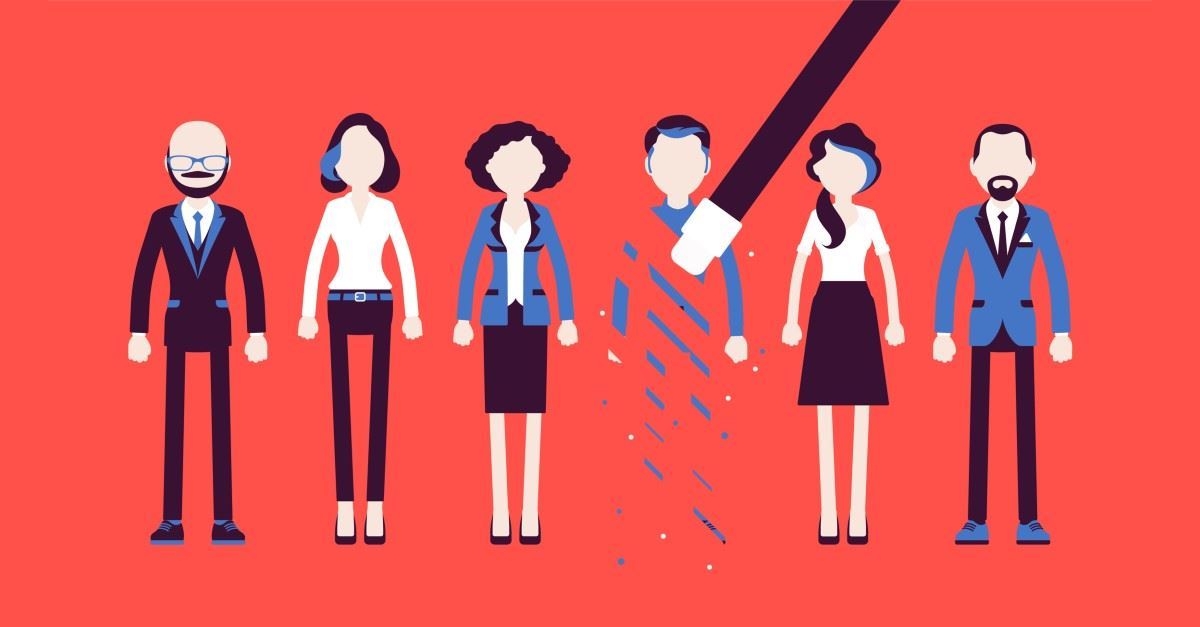 Between those extreme views is great room for misconception and error, which can devastate a person’s life or severely compromise the effective public ministry of a local church.

An inquiring friend put the question to me in the plainest of terms: “Is excommunication biblical? Or is this just human meanness towards each other?” I like that question. There is significant perception in the way this is asked. By the end of this study I hope you have an unassailable response to these questions. But how so?

Navigating our vessel through the wild and raging river of human emotions, pressed in between the steep stony crags of potential calamity, we can arrive at a conception and appreciation for the final step of church discipline: excommunication.

Let us travel the study with the sturdy schooner of Holy Scripture, and the long oars of biblical wisdom. Leaning on the wisdom of older sailors of theology and pastoral practice will be indispensable.

What Scripture Says about Excommunication

We always do well to go to the Scriptures first and finally: “To the law and to the testimony (Isaiah 8:20)! Therefore, let us lay out some of the prevalent operative passages in the Bible concerning the practice of excommunication.  First, however, let us add some delimitations, interpretive guidelines, that help direct us in our pursuit of biblical truth.

1. Some verses are informational, while others are practical.

The reader will take note that some of these Scriptural examples of excommunication are principia (principles to inform) will and some are praxis (practical application to guide).

2. Some Old Testament principals were fulfilled in Christ.

We should also note that some of the principles found in the Old Testament were fulfilled in Christ (though the model or principles continue). Other New Testament examples are to be handled with great care, moving from context to expositing the universal values that continue.

3. Excommunication should not be decided by one, sole person.

We should also remember that the Apostolic actions involving excommunication are non-repeatable. That is, there are no more apostles — those who have seen the Lord Jesus Christ face-to-face in his earthly ministry, the Apostle Paul being the last apostle. An Apostle often, but not always, acted alone in his pronouncements (Acts 15 and the Council of Jerusalem or Apostolic Council held in Jerusalem around AD 50, being a notable exception). Decisions concerning the most severe form of church discipline should be undertaken by a plurality of elders elected democratically and according to representative government within a local church. The local lay officers of the church with the ordained ministers (or a similar expression of ecclesiastical polity) should conduct their proceedings in confidentiality, with sensitivity to all involved, and with humble, prayerful dependence upon the Lord.

“If your brother sins against you, go and tell him his fault, between you and him alone. If he listens to you, you have gained your brother. But if he does not listen, take one or two others along with you, that every word may be confirmed by the evidence of two or three witnesses. If he refuses to listen to them, tell it to the church; and if he refuses to listen even to the church, let him be to you as a Gentile and a tax collector. Truly, I say to you, whatever you bind on earth shall be bound in heaven, and whatever you loose on earth shall be loosed in heaven” (Matthew 18:15-18).

“But now I am writing to you not to associate with anyone who bears the name of brother if he is guilty of sexual immorality or greed, or is an idolater, reviler, drunkard, or swindler—not even to eat with such a one. 12 For what have I to do with judging outsiders? Is it not those inside the church whom you are to judge? 13 God judges those outside. “Purge the evil person from among you” (1 Corinthians 5:11-13).

“If anyone does not obey what we say in this letter, take note of that person, and have nothing to do with him, that he may be ashamed” (2 Thessalonians 3:14).

“You are to deliver this man to Satan for the destruction of the flesh, so that his spirit may be saved in the day of the Lord” (1 Corinthians 5:5).

“As for a person who stirs up division, after warning him once and then twice, have nothing more to do with him” (Titus 3:10).

“And the Lord’s servant must not be quarrelsome but kind to everyone, able to teach, patiently enduring evil, correcting his opponents with gentleness. God may perhaps grant them repentance leading to a knowledge of the truth, and they may come to their senses and escape from the snare of the devil, after being captured by him to do his will” (2 Timothy 2:24-26).

“Brothers, if anyone is caught in any transgression, you who are spiritual should restore him in a spirit of gentleness. Keep watch on yourself, lest you too be tempted” (Galatians 6:1).

“For such a one, this punishment by the majority is enough, so you should rather turn to forgive and comfort him, or he may be overwhelmed by excessive sorrow. So I beg you to reaffirm your love for him” (2 Corinthians 2:6-8).

What Does Scripture Mean by Excommunication?

We must never interpret Scripture text outside of context. While each of the aforementioned texts speaks to the matter of excommunication, some are primary, and some secondary. One should exegete the respective passages without forcing the passages to support an imposed topic. Having admitted this, let’s exposit from the passages those universal truths that inform the subject of excommunication.

1. Excommunication is a formal biblical remedy afforded to church leadership to shepherd those who have fallen into unrepentant sin of a notorious nature.

2. Excommunication does not necessarily indicate a loss of eternal salvation. However, those who continue in the respective the acts that lead to excommunication jeopardize their continuing role in the visible Church.

3. Excommunication is not punitive, but rather restorative. The aim of excommunication is to burden the conscience of the unrepentant believer so that he or she returns to the church recognizing the presence of sin, the need of repentance and faith in Jesus Christ.

4. Excommunication is spiritual only. There is no civil or physical authority in church discipline. The powers of a minister or a minister with a governing board of the church are limited to spiritual powers.

5. We must remember that councils, synods, associations, districts, conferences, dioceses, and other ecclesiastical bodies have, do, and will, from time to time, err in their decisions. The Westminster Confession of Faith (1647, London) states, with Scriptural citation and historical case study (Chapter 31, article 4).

“All synods or councils since the Apostles’ times, whether general or particular, may err, and many have erred; therefore, they are not to be made the rule of faith or practice, but to be used as a help in both” (Chapter 31, Article 4).

7. Pastoral leadership must be prayerfully sensitive to distinguish between diseased sheep and ravenous wolves in sheep’s clothing.

8. Best to err on the side of caution in apply the most severe form of church discipline, knowing that the Lord Jesus teaches that pulling up weeds can unintentionally harm healthy stalks of wheat.

On the other hand, church discipline, including excommunication, can become a healing process that leads a person to see his or her sin, and the need to come to the Lord Jesus Christ in repentance and genuine sorrow. Such repentance produces the fruit of righteousness.

The Author’s Pastoral Experience of Excommunication

In my own pastoral ministry career, I have, mercifully, had only a few cases of excommunication. One always stands out in my memory. The young man had left his wife and little child to pursue a hedonistic lifestyle. Repeated warnings to him were disregarded. He went deeper into a life of sin.  Rather than making his calling and election sure, as the apostle Peter teachers, this young man was demonstrating a heart of unbelief.

Several years later, even after his former wife had remarried and established a new family, the burden of the excommunication affected the conscience of young man. And I will never forget seeing this young man before our session, broken, weeping, and asking that God have mercy upon him. We gathered in the sanctuary that night, where I and four other elders laid hands on this man and formally restored him to the church. Because of the continuing destructive nature of his sin, and to allow for healing of all parties, we commended him to another Christian body for the sake of the peace of the church and the opportunity for spiritual growth.

Things don’t always turn out that way in cases of excommunication. But it is very true that God honors biblically-based church discipline that seeks to gently, lovingly, but decisively guard the gospel, nurture the flock of Christ Jesus, and seek the good of those caught in the grip of the unmerciful evil of the devil, the flesh, and the world

​​Pringle, William, and John Calvin. Commentary on the Book of the Prophet of Isaiah by John Calvin. Vol. 1. Bellingham, WA: Logos Bible Software, 2010.