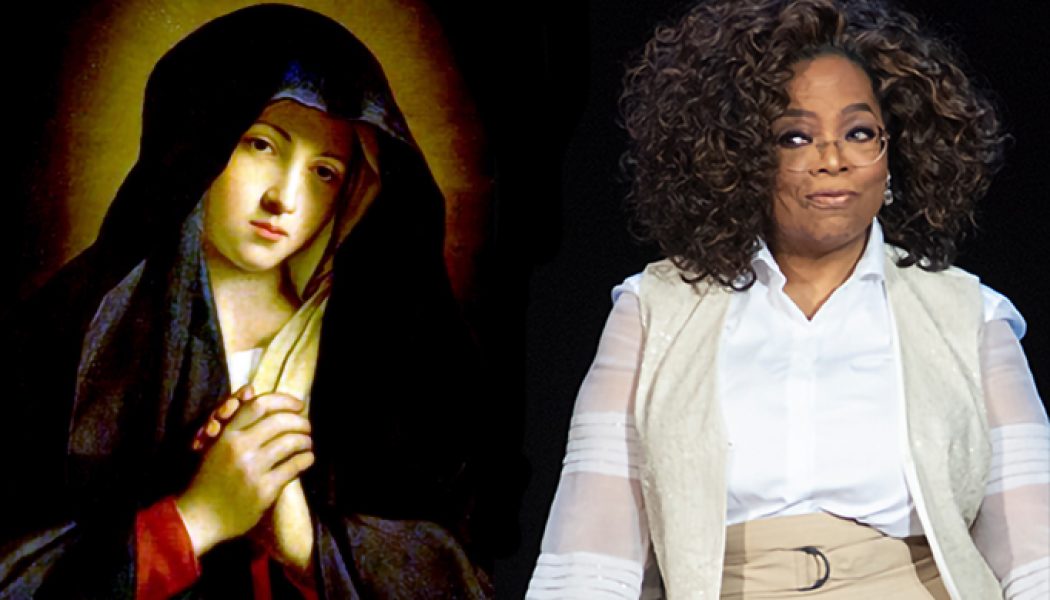 Until we find new ways to reach women and help them to see the deadly ideology that is sold to them every day as truth and light, the culture of death will continue.

Recently, two alarming studies have surfaced showing just how uneducated Catholics are about key issues, particularly the Real Presence of Christ in the Eucharist and the immorality of abortion.

As talking heads scramble to both help explain and remedy this situation, one question hasn’t been addressed: Are we doing the messaging wrong when it comes to educating women about the Catholic faith? Reaching Catholic women is a vital issue. As the heart of the family, what the mother values will largely imprint itself on the whole family. Satan knew of this influence when he targeted Eve and the pattern has repeated itself ever since. If you get the women, you get everyone.

A place to start answering the question of how to reach women is to look at where they spend their viewing and reading time. Most women aren’t wonks, consuming a steady diet of TV news and news sites, but when they have time to watch TV it’s going to be networks like HGTV and The Food Network. During my recent stay at the hospital while delivering my fifth child, the labor and delivery nurses told me that every woman they work with ends up watching one of these two channels.

Magazines are another great indicator. Though not as profitable as they once were, they still exist in print while most everything else has gone online exclusively. Women (including Catholic women) continue to savor thumbing through the pages, despite the often-disconcerting content and ads.

One of the regnant pieces of advice I often get about informing women is that we will never be able to beat what I’ve come to call the matriarchy on their own terms. This is the group of elite women who inform the pro-choice, pro-sexual revolution messaging behind politics, the fashion industry, Hollywood, book publishing, academia and magazines. With billions at their disposal, the matriarchy largely controls the way most women — including Catholic women — think.

This is why, despite our best efforts, so frequently our daughters (and sons) reject the faith when they head off to college. The matriarchy’s influence is simply too powerful and the influence of the Church too weak. We can never compete, I’ve been told, with their cash and their influence.

What is curious, however, is that many Catholics are unafraid to try to engage radical feminism on its own turf by trying to reinvent a feminism that can satisfy even the most dogged of secular feminists. While contributions have been made about the essence of womanhood, these many efforts have resulted in the splintering of feminism into so many camps that few can keep track of them all.

While we have carefully steered clear of engaging secular culture on a popular level because “we can’t every compete with them,” we haven’t been shy about embracing and redefining the feminist ideology. Rather than moving within our own intellectual tradition, we have cozied up to their terms, their concepts, and their premises to try to compete with them. We have adopted their ideology to try to transform it, but the net effect has been to transform us into an awkward population of women and men confused about who women are because of the effort to integrate an ideology into our intellectual tradition.

These trends make some sense when one considers that as Catholics, we are very at home in the intellectual life. But could this intellectualism go too far? Are we resistant to influencing the broader secular culture because it either feels like fluff — unimportant and unserious — or because we think it can’t be done?

Here again, the regnant belief is that either there aren’t enough Catholics to fund these projects or that Catholics won’t spend money on specialty items marketed to them. But there are roughly 35 million Catholic women in the U.S., close to the number of inhabitants in all of Canada. The LGBT population, which weighs in at little more than 3% of the population, seems omnipresent in the culture, while Catholics, who make up between 20-25% are practically invisible. This invisibility isn’t simply because the matriarchy despises us, but also because we haven’t seen the value in reaching out to the larger culture with our messaging in a savvy and compelling way.

We embrace plenty of the beauty of the ancient truths of our faith, but we seem to recoil from the idea of presenting our ideas as both “ancient and yet so new.” Ironically, the Church, which has been the greatest supporter of the arts in the history of the world, has circles run around it by the messaging and media of the secular world.

Currently, we have on offer plenty of books, institutes, and news sites that are generally directed at Catholic men, instead of catering specifically to the interests of Catholic women. As one male Catholic influencer told me recently, Catholic content is largely “by men talking to men about women” instead of driven by what really engages women, namely, the practical — our homes, cooking, food, fashion, travel, cosmetics and relationships.

Of course, women aren’t only interested in these things, but these are the things that spark our creativity, and capture our attention. There is plenty of evidence for the power of these concepts when we look at how the culture was lost — it wasn’t because women were reading Karl Marx and Margaret Sanger, but because they were reading Cosmo, watching Oprah, and listening to Madonna and Beyoncé. These are the types of messaging that saturated our culture with the lies that most of us have come to believe – that our children are an obstacle to our happiness and our true freedom is in a career.

Catholic women have a remarkable message to share that needs to get beyond the walls of academia and into much more popular mainstream media. Studies continue to show that we are among the happiest, if not the happiest, women on the planet. We have what most women yearn for — a life of meaning, families, faithful husbands, and a deep faith that helps us through thick and thin. These are the messages secular women and Catholic women need to hear and yet culturally there is scarcely any place to find them.

We are fighting the culture of death, which generally paints us as doormats. There is no better way to fight this caricature than with a culture of vivification that shows the joie de vie that is ours. Rather than always playing defense to the dictates of the matriarchy, we have the capacity to go on offense by showing the richness of our faith and the peace and joy that come from a life that adheres to it.

Until we as Catholics begin to truly start reaching women in a way that is compelling and accessible to them, the culture will remain as it is. Abortion rates will remain staggering. Gender dysphoria will continue. We may continue to try to fortify our city on a hill with ramparts and barbicans, and all matter of defenses, but until we can shore up the rot and disease that keeps entering through the back door, like the plagues of old, our culture of death will continue.

Until we find new ways to reach women and help them to see the deadly ideology that is sold to them every day as truth and light, the confusion about the Church, its teaching, and the power it has to transform the lives of everyday women, will remain.