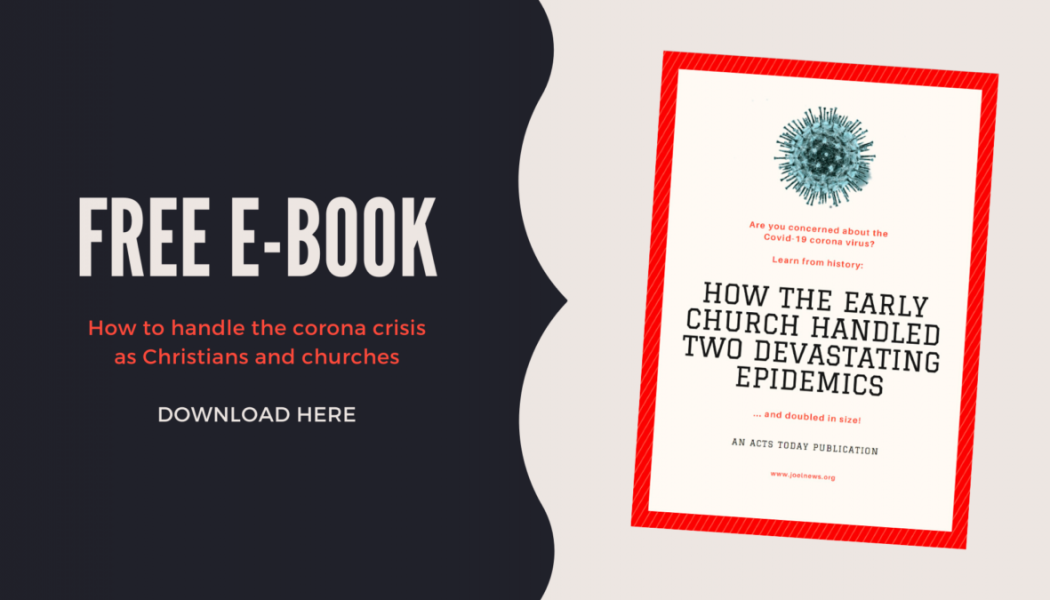 How can Christians respond effectively in times of crisis? Church history can teach us an important lesson – to keep calm, to care for others, and to focus on God’s Kingdom.

In the years 165 AD and 251 AD two devastating epidemics – smallpox and measles – swept through the Roman Empire. It was lethal. During the 15-year duration of the epidemic, from a quarter to a third (!) of the empire’s population died from it. The epidemics weakened the Roman military and societal structures. So many people died that cities and villages in Italy and in the provinces were abandoned and fell into ruin.

How did the tiny Christian church in the Roman Empire respond to this existential crisis?

They made up only 0.08% of the population, which is comparable to today’s Christian population of Afghanistan, which is one of the lowest in the world. The Christians were highly outnumbered and operated out of a place of vulnerability.

From the writings of church fathers like Cyprian, Dionysius and Eusebius we learn that the epidemics contributed strongly to the growth of the church. The Christians overcame their fear, cared for others, created strong social support networks, and were able to provide meaning in a time of existential crisis. The epidemics were embraced as a test of love. As a result, the number of Christians in the Roman Empire doubled in each epidemic.

We compiled it for you in a FREE e-booklet (pdf) that you can download here. It’s available in nine languages. And yes, you can freely distribute it to others who might be blessed or challenged by this story of love and courage.

Do you find this story encouraging? Then sign up for more!