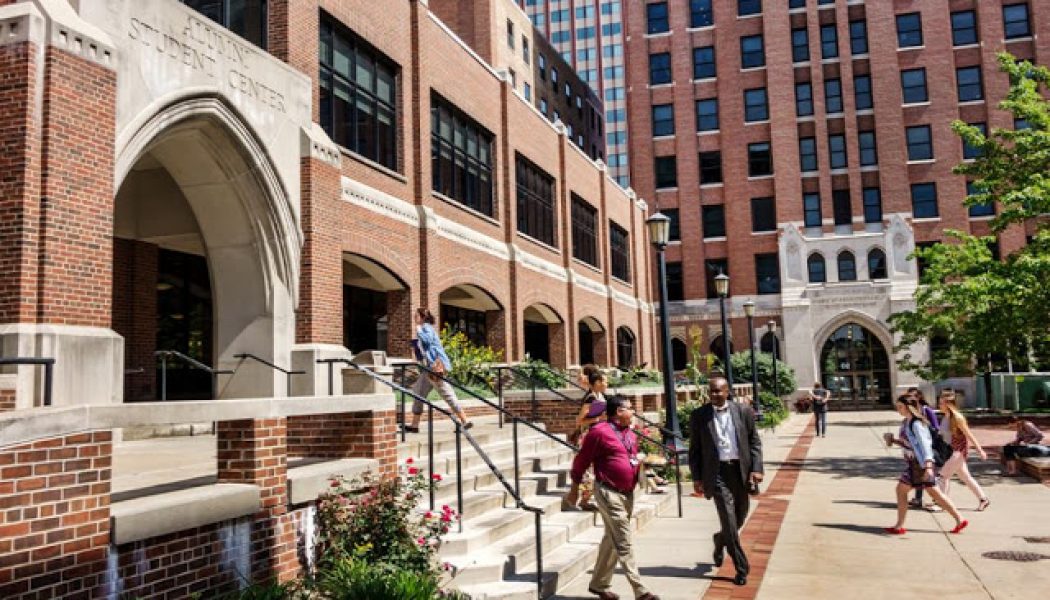 The review follows a student petition that claimed the Chicago school mishandled reports of sexual misconduct, abuse, and stalking

Moody Bible Institute in Chicago has promised a third-party investigation and other steps in response to a petition claiming the school mishandled complaints of sexual assault, harassment, and abuse for decades.

The petition, launched Oct. 16 on Change.org, has more than 3,100 signatures and several comments from MBI students and alumni. They claim that after they reported abuse or harassment, school leaders did not inform them of their rights, discouraged them from filing Title IX claims, or disciplined them. Title IX, a civil rights law, requires schools to investigate and respond to sexual misconduct.

Most of the petition complaints concern Timothy Arens, dean of students and Title IX decision-maker, and Rachel Puente, assistant dean of student life and part-time Title IX coordinator. School administrators said in a press release they have removed both employees from their disciplinary and Title IX roles. However, they continue to work at MBI. A school representative declined to discuss the student petition or comment further.

Arens has worked at MBI since 1984 and plans to retire next year. School President Mark Jobe and Provost Dwight Perry stressed during a chapel service on Oct. 20 that the school has not determined whether Arens or Puente did anything wrong.

“I would encourage you to abstain from judgment or conclusions,” Jobe said. “I’ve always known [Arens] to be a man of character.”

Anna Heyward, 2017 MBI alumna, wrote in an account accompanying the petition that in 2016 her then-boyfriend, an MBI graduate student and employee, coerced her into getting drunk and forced her to perform oral sex. He later raped her and hit her in the face, she said.

Heyward said that when she told Arens, he asked her what she had done to deserve being hit and told her if she repeated her story publicly she might not be allowed to graduate. She said Arens placed her on academic probation for violating student conduct rules against drinking and sex.

MBI’s Title IX policy says the school will not discipline students for conduct violations if they are not egregious and are disclosed as part of a good-faith report of sex-based misconduct.

Heyward said she lost a scholarship because of the academic probation. She claimed Arens forbade her from dating until she graduated and required her to email him regular updates about her behavior. Heyward said she also told Puente about being hit, and that Puente expressed sympathy but did not inform her of her rights to a Title IX investigation and university protection.

“To this day I don’t even know how a Title IX case is filed because I was never told the process,” Heyward told me.

Heyward began organizing the petition this summer after she mentioned her experience in a social media post and received comments and messages from students and alumni with similar stories. The petition includes 11 accounts in an accompanying online document. The dates of the incidents described in the accounts range from 1995 to 2019.

According to former students, Arens in yearly speeches invited female MBI students to view him as a father figure at school. Bethany Timm, an MBI student from 2014 to 2016, wrote that after a male student began stalking her on campus, she reported the matter to Arens. She said he did not inform her of her right to file a Title IX report and dismissed her safety concerns. Megan Wohlers, a 2019 graduate, wrote that Arens and the Title IX office directed her to sign a nondisclosure agreement and drop charges of sexual assault, stalking, and sexual harassment in exchange for the accused student agreeing to leave campus.

Attorney Adele Kimmel, director of Public Justice’s Students’ Civil Rights Project, said that if the stories are accurate, the school is “doing everything wrong.”

“If those things are true, then Dean Arens has no business handling student complaints,” Kimmel said. “It’s clear that if these allegations are true, that he approaches these in a biased way, based on sex stereotypes, and it’s hard to imagine any training that would rehabilitate him sufficiently to handle this.”

Kimmel said Title IX process violations like the ones reported in the petition are more common at small schools with insufficient Title IX training and only part-time coordinators. MBI’s policy requires Title IX personnel to receive 8-10 hours of training each year in addition to the trauma-informed response training the school provides yearly to all employees.

The petition asks MBI to include student and alumni voices in replacing Arens, to replace Puente and let students and alumni help choose a successor, to remove Title IX decision-makers with disciplinary powers, and to publish annually the number of Title IX complaints made and MBI’s response to them.

Heyward said she and eight others met on Oct. 22 with MBI leaders, including Jobe and Perry, who told them the petition demands were realistic. The school had previously announced it would allow students to give input in replacing Arens after his retirement, and Heyward said the leaders agreed during their meeting to include alumni as well.

The school said in a press release it was searching for an appropriate third-party firm to investigate the complaints in the petition, evaluate the school’s handling of the complaints, and review its Title IX practices. It also promised to integrate counseling into its Title IX processes and provide regular updates. Heyward said MBI has taken helpful first steps.

“My goal isn’t to burn [MBI] down,” Heyward said. “My goal is to make it a safer environment for future students.”