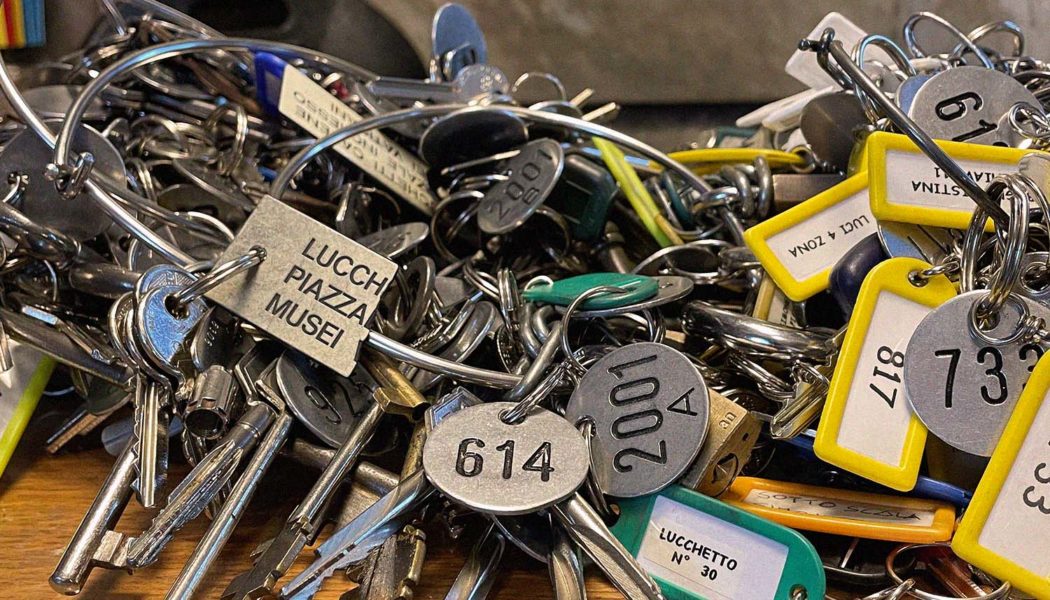 It’s a little after 7 a.m. on Tuesday in Rome, but I’ve already put in close to two solid hours at the Vatican already. For the uninitiated, the Vatican opens to the public at 9 a.m. during the week, but on this particular morning I’ve been given a peculiar task — I’m to open the Sistine Chapel.

Typically, it’s a job that falls exclusively to the key masters — a small group of giant key ring-wielding men who, through years of service at the Vatican, have earned themselves the appellation. But today, the responsibility has been passed on to me (and a handful of others), who have spent the past two hours unlocking every door, gate, closet and window at the Vatican in preparation for the day ahead. And, when the time comes, it’s me holding the oversized (and presumably very old) iron skeleton key to the resident chapel of the pope.

After much fiddling, and with a little direction from the head keymaster — a stoic man named Gianni — I push open the otherwise nondescript door and step inside. For just a moment, I’m the only person standing in the (albeit dark) chapel, under the famous barrel-vaulted ceiling, hand painted by Michaelangelo himself. Gianni flicks on the lights and we become the first people of the day to lay eyes on the legendary frescoes for which the Sistine Chapel has become synonymous. I later find out that Russel Crowe — who happens to be in town with his family at the same time as me — has also been wandering the corridors prior to opening on this very day, and I’ve even beaten him to the punch.

But I am not, of course, here by chance. Rather, I’m here with City Experiences — a company that specializes in exclusive land- and water-based experiences and excursions, globally. The Key Master’s Tour, offered in conjunction with the tour company Walks, is one of their most popular experiences.

In other words: anyone can do it, so long as they can get a ticket (a not particularly easy feat, as they’re released 90 days ahead of time and perpetually sell out).

“It isn’t the cheapest way to visit the Vatican — it’s probably one of the more expensive — but it also delivers something that’s just truly one of a kind and for the tens of thousands of people who visit sometimes in the day, it’s truly an exceptional, and different, way to do it,” says Stephen Oddo, SVP Hornblower Group, and president and founder of Walks.

A little background: last spring, City Experiences became the new brand name for the Hornblower Group’s portfolio of inland experience-based offerings (Hornblower Group, for its part, has historically focused more on transportation and aquatic ventures). Since then, with upwards of nine acquisitions, Walks and Devour among them, City Experiences has worked to develop the offerings outside of the Hornblower Group’s maritime roots, to include more itineraries of the experiential variety — the Key Master’s Tour being one. To date, their footprint spans 114 countries and territories, 125 U.S. cities and serves more than 22 million guests annually.

That said, though they are but a small portion of what City Experiences offers by way of excursions, Oddo believes there is something to be said for the more private, “VIP” experiences — particularly given the current travel landscape. International travel is now surpassing that of even pre-pandemic levels and, even in what would have been previously considered the “off season,” it’s almost impossible to visit any landmark, in any country, without being met by a swarm of tourists. While in Rome, my time at the Vatican was virtually the only moment of peace I had in close to a week outside of my hotel room, which is noteworthy — not least of all — because the Vatican welcomes a whopping 25,000 tourists everyday in the summer.

It’s true, too, that after two virtually travel-less years, people are chasing the more singular, “once in a lifetime” types of experiences. According to Oddo, the appetite for them grows still — even in spite of their sometimes lofty price tags.

“I always say, for our product line in the market, our customers are not price sensitive. The Key Master proves that,” Oddo says (tickets go for $366 apiece). “In fact, we’ve sold more than we really imagined, partly because it’s a unique year, but partly because I think it’s just the right fit for what customers want today.”

“We definitely saw a movement towards our higher priced products and a movement away from, let’s say, the kind of bread and butter, lowest common denominator products this year,” he adds. “I’d say at least for the Walks portfolio, most of our tours have some kind of negotiated, special access, or unique visit, that is designed to broaden and diversify the market. So, yes, there are more of those experiences out there, and yes, people are investing more, particularly coming out of the pandemic.”

Some of the access City Experiences (and the Hornblower Group at large) has gotten to historical sites, like the Vatican, has taken years to negotiate. For example, the tour of St. Mark’s in Venice, which is closed to the the public in the evening, involves guests going in, in the dark, and turning on all the lights in the basilica; the Closing Time at the Louvre Tour permits guests to observe its famed contents, like the Mona Lisa, after-hours; the David & Duomo Tour allows guests to skip the long lines to climb the dome of Florence Duomo and slip into the Accademia Gallery before the crowds arrive to see Michelangelo’s David; the Gladiator’s Gate Colosseum Tour brings tourists down through the Gladiator’s Gate and directly onto the arena floor; the Tower of London’s Crown Jewels Tour follows the Beefeater through his opening ceremony straight to the Crown Jewels before the crowds get there; and the Statue of Liberty Tour puts guests on the first boat of the day to Liberty Island, as does the Niagara Falls Tour.

And that doesn’t even include the forthcoming VIP experiences, which are not yet live (spoiler alert: there may be a Broadway tour, which took three years to develop, and will include special access to one of the Broadway theaters, the prop room, the stage, etc., coming soon).

“There’s a number of things that we’re still doing and constantly trying to evolve…whether that’s in our newer North American city experiences or with the European products that have been around for years,” Oddo says.

All of this to say, their portfolio is expansive, and far-reaching. And…worth it. It bears mentioning that my relationship to Catholicism is fraught, at best — even still, I count being the first to step foot in the Sistine Chapel on a random morning in July one of the more profound experiences of my life to this point.

For more travel news, tips and inspo, sign up for InsideHook‘s weekly travel newsletter, The Journey.

Alan here, your hosting expert with a review of a web hosting company called scalahosting. As a live chat support agent, you can work from anywhere as long as you have an internet connection. How to create real estate business cards that engages prospects and sells your service or product.