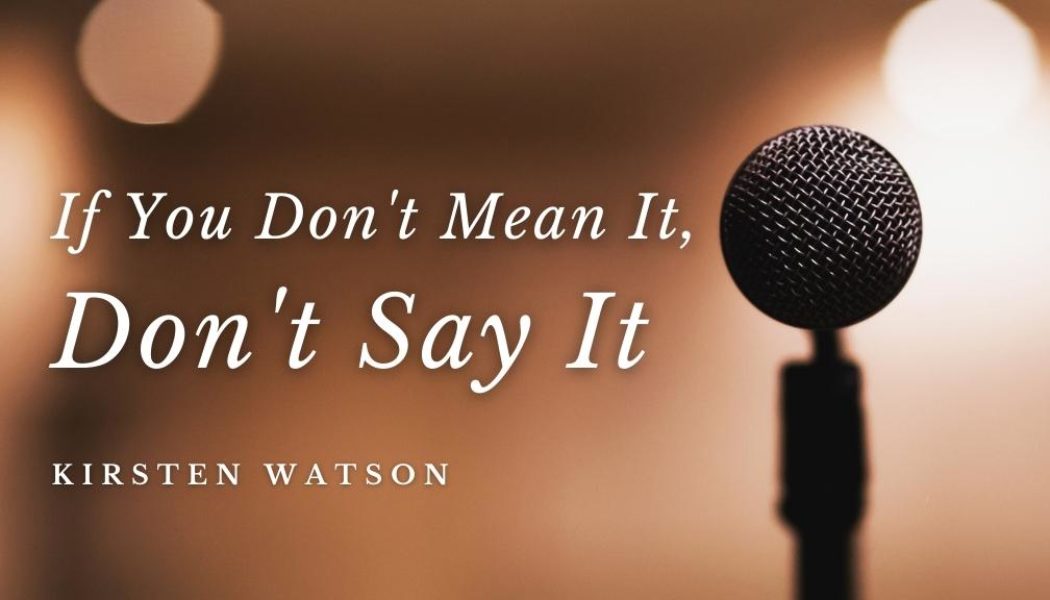 “When you collaborate with me . . . My Love will grace your words.”

When my husband, Benjamin, was away at training camp, I was home alone with the kids for about six weeks. And by alone, I mean alone, 24-7. During this time, when I was pregnant, with little ones running around, a new friend and I were talking on the phone. She had guests coming for dinner that night. She asked, “Kirsten, do you have a slow cooker?”

I laughed out loud because that question practically answers itself. I’m all for throwing a few ingredients into a pot in the morning and then, hours later, having the delicious aroma of roast, potatoes, carrots, and onions floating through the house. Is there anything more satisfying in the world?

So, short answer: yes, I have a Crock-Pot.

Now, let’s press pause on this story for a minute. In my mind, I was being sweet. I was born and raised in the South, for goodness’ sake! I figured she’d be sweet right back and say something like, “Kirsten, please! Don’t be silly—you’re pregnant with two little kids! I’ll come by and pick it up.”

Instead, she said, “Great! Can you have it here by lunchtime so I can get this roast started?”

In mere seconds, I’d gone from daydreaming about dinner making itself to committing to—let’s be honest—an ordeal. If you’ve ever wrestled preschoolers (one of whom is potty training) into the car for an errand, you know what I’m talking about. That’s to say nothing of the trip across town. And did I mention I was eight months pregnant? With a husband out of town? I went from zero to straight-up irritated as I thought about what I’d stepped into. But at the same time, I knew full well this was my own fault. This situation was all on me. My friend hadn’t even asked me for this favor! I’d volunteered to do this. Why? Because I wanted to seem sweet. I wanted the praise for being the nice friend.

Now how’s a girl supposed to breathe when she’s contorting herself like that? It’s ridiculous.

This small-appliance fiasco turned out to be an eye-opener for me. Up until that point, I’d imagined that truth telling was for other people’s benefit—that the moral imperative and scriptural command to speak the whole truth exists because lies hurt other people. What I was discovering was something bigger. Life is better when what comes out of my mouth isn’t just accurate but also aligns with who I am.

It’s mind-boggling how we take for granted that people tell little white lies. And more than that, it’s sad. Not to mention straight-up exhausting.

It takes vigilance to mean what you say all the time. But it’s like a muscle that gets stronger with use. The more we do it, the easier it gets.

What we say to each other matters. Over the years I’ve joked to Benjamin that I sometimes wish a camera followed us around so we could get a “playback” of our arguments—to prove that I’m right! But humans don’t come with recording devices. We don’t always remember exactly what people say.

When Benjamin tells me he’ll do something, he will do it. I trust him to back those words up with action because of his character. He won’t break his word because he has a strong moral character and because he doesn’t want to disappoint me. (Now when he’ll do it . . . that’s another conversation!)

If I agree to do something half-heartedly or if I verbally say something while thinking another, I’m being inauthentic.

For example, praying for someone is a big deal. It means going before a holy God, petitioning Him on someone else’s behalf. When I’ve confided something to a friend and she’s prayed for me, it brings me so much peace and comfort to hear from her in a text or phone call that lets me know she’s going to the Father on my behalf. It makes me feel seen and loved. And known.

The opposite is also true: saying you’re going to pray for someone and then not doing it is worse than saying nothing at all. It makes your words a lie. Those seemingly kind words, “I’ll pray for you!” become a broken promise. There are other ways to show support, condolence, and love, so don’t promise to pray unless you are serious about committing to that time and energy. Imagine a huge medical bill came for you in the mail. It’s an amount you absolutely cannot pay, so you’re feeling really stressed about it. Shortly after you get the bill, you run into a friend who has a personal relationship with the CEO of the hospital you owe money to. When she learns of your predicament, she offers to speak to the CEO on your behalf to reduce the bill. You’re so relieved! But while you wait, she does . . . nothing. Soon the hospital sues you for nonpayment. When you see your friend again, you ask her what happened.

It would have been better for her to say nothing than to make an empty promise. The same goes for us in prayer. Hold your tongue instead of making an empty promise. Better yet, don’t make the promise and then pray anyway! If you feel led to pray for your friend, stop right where you are and pray in their presence. Or make a reminder on your phone or on a Post-it. I have friends who devote certain days to intercessory prayer, so when they commit to pray, they have a designated time to make good on their promise. There are lots of ways to follow through—the point is, let your word be truth. 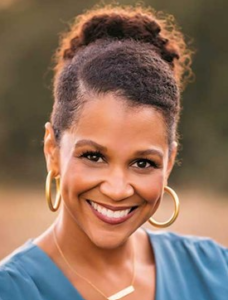 Kirsten Watson is a mom of seven and wife of author & retired NFL player Benjamin Watson. After graduating from the University of Georgia with a Marketing and Spanish degree. Kirsten worked for a Fortune 500 company and then in the non-profit sector, aspiring to one day run her own company. Now she’s CEO of a family of 9 and the Executive Editor of Mom Life Today. With Benjamin, she founded the One More Foundation and together they co-host “Why or Why Not With the Watsons“. Learn more at thewatsonseven.com or follow Kirsten @_kirstenwatson_.