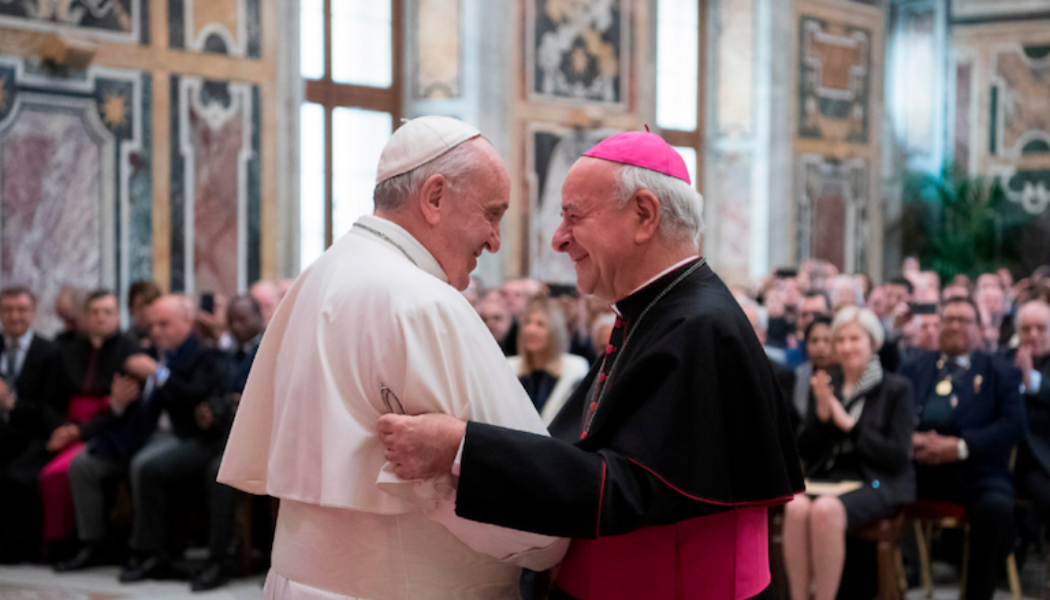 On December 14, The Pillar reported the following: Archbishop Vincenzo Paglia diverted hundreds of thousands of euros allocated to support missionary and charitable works while he served as president of the Pontifical Council for the Family. Paglia used much of the money to finance building projects in Rome, including the renovation of his personal apartment. . . .According to multiple independent sources with knowledge of the events, Archbishop Paglia confirmed in a 2015 memo to Holy See financial officials that hundreds of thousands of euros had been paid to an Italian construction contractor instead of going to missionary and charitable projects to support poor families and orphans. While Paglia claimed to have repaid some of the money diverted from charitable funds, sources say that he did so with other donations to the pontifical council, and not with money specifically provided for restitution.

One might reasonably be surprised by such news; but no.  And here’s why.

I served as senior aide and special assistant to Archbishop Charles Chaput for twenty-three years, first in Denver, then in Philadelphia.  I mention this as context for what follows.

Early in 2012, Pope Benedict XVI approached the archbishop, asking if the Church in Philadelphia might be willing to host the Eighth World Meeting of Families, scheduled for 2015.  Chaput had arrived as archbishop in Philadelphia just a few months earlier.  He was sent there to deal with crippling legal and financial problems, public hostility to the archdiocese, and low priestly morale stemming, in part, from multiple historic sex-abuse cases.

Chaput nonetheless said “yes” to Benedict.  With the help of Philadelphia’s business and civic leaders, and major donors, he set about raising some $50 million to fund the World Meeting of Families event, which included a papal visit from Benedict’s successor, Pope Francis.  When the dust had settled in September 2015 – and the 800,000 people who’d lined Philadelphia’s streets had gone home; and Francis had climbed back on his plane to return to the Vatican – the event had a carefully audited, net-positive result of several tens of thousands of dollars.  These non-profit “profits” were then distributed to various family-related social ministries.

Briefly put, the Eighth World Meeting of Families was a remarkable success.  Its one chronic problem, in the eyes of the Philadelphia team actually doing the work, had a name:  Archbishop Vincenzo Paglia.

Paglia was involved because, at the time, he led the organization officially co-hosting the World Meeting of Families, the Pontifical Council for the Family.  The Philadelphia-Rome liaison was never an easy marriage.  In the months leading up to the Philadelphia gathering, Italian prosecutors investigated Paglia on allegations of embezzlement and price fixing, criminal conspiracy and fraud, for actions that had occurred during his earlier service as bishop in the Diocese of Terni.

No indictments followed, but the Philadelphia Inquirer covered the story, and the environment it created was less than reassuring.  Flamboyant, eccentric, changeable in his moods and thinking, and with a taste for last minute, expensive program complications, Paglia was a constant irritant to Chaput and stateside event staff.

The Philadelphia gathering succeeded despite his involvement, not because of it.  Chaput simply ignored or rejected Paglia’s more peculiarly lavish suggestions.

Two weeks after the Philadelphia event closed, I had breakfast in Rome during the 2015 Synod on the Family with a ranking Vatican official involved in Francis’ early efforts at financial reform.  I mentioned the difficulties the Philadelphia team had experienced working with the Pontifical Council for the Family, and his response was instructive:  He described the Archbishop Paglia approach to management – including money management – in language a great deal harsher than “flamboyant” and “eccentric.”  In effect, he called him a crook.

Teflon, it turns out, has ecclesial applications.  Paglia subsequently went on to be named president of the Pontifical Academy for Life and chancellor of Rome’s John Paul II Pontifical Theological Institute for Marriage and Family Sciences, where he has continued, in the eyes of many, his record of provocative mischief and bumbling.

Pope Francis, to his credit, has pressed for more rigor and accountability in the conduct of Vatican financial affairs.  Cardinal George Pell and his (former) team at the Secretariat for the Economy were pursuing exactly that more than seven years ago, before a curiously timed legal ordeal removed him to Australia.

Critics may claim that this pontificate’s current efforts come a day late and a dollar, or a lot of dollars, short.  But Francis’s goal of real reform in Vatican money matters is admirable.  It’s also well past urgent.  In the words of one disgusted American cleric, “someone ought to call on U.S. Catholics to boycott giving any money to the Vatican because of things like” the latest Paglia story.

Given the gaffes, problems, and lapses in judgment that seem to trail Archbishop Paglia like an unpleasant perfume, the correct thing to do, the character thing to do, would be to resign his positions.

Absent that, the task of replacing him, for the good of the Church, falls to the Holy Father himself.  And the sooner the better.

Domain. Get profitresolution & claim 99% discount. The complete guide to motivated home seller leads and how they can help you close more sales.