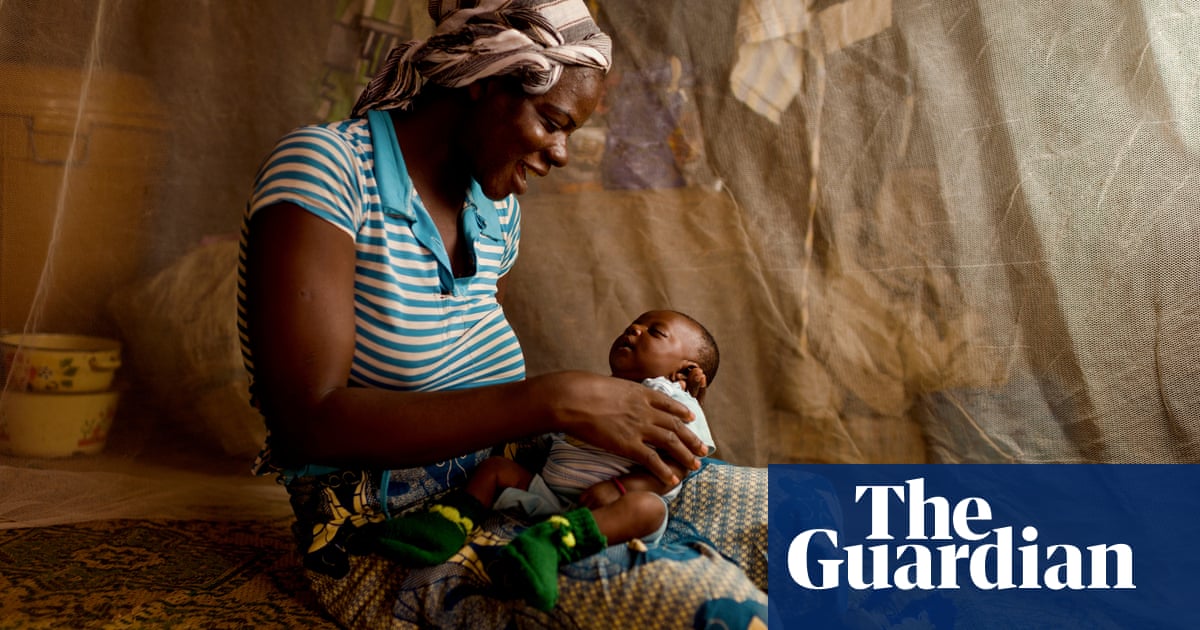 A vaccine against malaria has been shown to be highly effective in trials in Africa, holding out the real possibility of slashing the death toll of a disease that kills 400,000 mostly small children every year.

The vaccine, developed by scientists at the Jenner Institute of Oxford University, showed up to 77% efficacy in a trial of 450 children in Burkina Faso over 12 months.

The hunt for a malaria vaccine has been going on the best part of a century. One, the Mosquirix vaccine developed by GlaxoSmithKline, has been through lengthy clinical trials but is only partially effective, preventing 39% of malaria cases and 29% of severe malaria cases among small children in Africa over four years. It is being piloted by the World Health Organization in parts of Kenya, Ghana and Malawi.

The Oxford vaccine is the first to meet the WHO goal of 75% efficacy against the mosquito-borne parasite disease. Larger trials are now beginning, involving 4,800 children in four countries.

Prof Adrian Hill, director of the Jenner Institute, where the Oxford/AstraZeneca Covid vaccine was invented, said he believed the vaccine had the potential to cut the death toll dramatically. “What we’re hoping to do is take that 400,000 down to tens of thousands in the next five years, which would be absolutely fantastic.”

Other interventions, such as impregnated bednets and malarial drugs, have reduced the death toll from a million a year, he said, and those must continue. But, if the vaccine could cut deaths to the tens of thousands, they might be able to look towards “a greater goal – eventually eradicating malaria”.

Hill said the institute might apply for emergency approval for the malaria vaccine just as it did for the Covid jab. “I’m making the argument as forcefully as I can, that because malaria kills a lot more people than Covid in Africa, you should think about emergency-use authorisation for a malaria vaccine for use in Africa. And that’s never been done before.”

The institute would probably ask the regulatory bodies in Europe or the UK for a scientific opinion on the vaccine and then apply to the World Health Organization for approval for use in Africa. “They did Covid in months – why shouldn’t they do malaria in a similar length of time as the health problem is an even greater scale in Africa?” Hill said.

The vaccine will be manufactured at large scale and low-cost, say the researchers, who have arranged a deal with the Serum Institute of India, which is involved in manufacturing the Oxford/AstraZeneca Covid-19 vaccine.

The Serum Institute has had to delay supplies of the Covid vaccine to the rest of the world because of the huge rise in cases in India, but has promised to deliver 200m doses a year of the malaria vaccine if it is licensed.

Hill said the best-case scenario was approval by the end of 2022, by which time the Serum Institute would have plenty of capacity.

Dr Cyrus Poonawalla and Adar Poonawalla, respectively chair and CEO of the Serum Institute, said in a statement that they were “highly excited to see these results on a safe and highly effective malaria vaccine which will be available to the whole world”. The project was through collaboration with Oxford and also Novavax, which is supplying the adjuvant, a substance that enhances the immune system response.

“We are highly confident that we will be able to deliver more than 200m doses annually in line with the strategy, as soon as regulatory approvals are available,” they said.

The children in the trial, which is published on Preprints with the Lancet, were five to 17 months old and lived in Nanoro, an area encompassing 24 villages with an approximate population of 65,000 people. They were split into three groups; two had the vaccine, but with either a low or high dose of adjuvant, while the third group were given a rabies vaccine, so acted as a control.

The children had three doses and have since had a further booster jab. The Mosquirix vaccine is also given as four doses.

Hill said mothers were keen to bring their children back for further shots because of their experience of malaria. Efficacy was 77% in the high-dose adjuvant group and 74% in the lower dose group.

Gareth Jenkins, of Malaria No More UK, said: “We can end malaria in our generation but only if governments invest in the research needed to deliver the new medicines and products that can accelerate the end of this terrible disease.

“The Jenner Institute’s groundbreaking work on both the new Covid-19 and malaria vaccines is a great example of this and demonstrates just how much humanity’s safety is dependent on new science.

“An effective and safe malaria vaccine would be a hugely significant extra weapon in the armoury needed to defeat malaria, which still kills over 270,000 children every year. For decades British scientists have been at the forefront of developing new ways to detect, diagnose, test and treat malaria, and we must continue to back them.

“A world without malaria is a world safer both for the children who would otherwise be killed by this disease, and for us here at home. Countries freed from the malaria burden will be much better equipped to fight off new disease threats when they inevitably emerge in the future.”