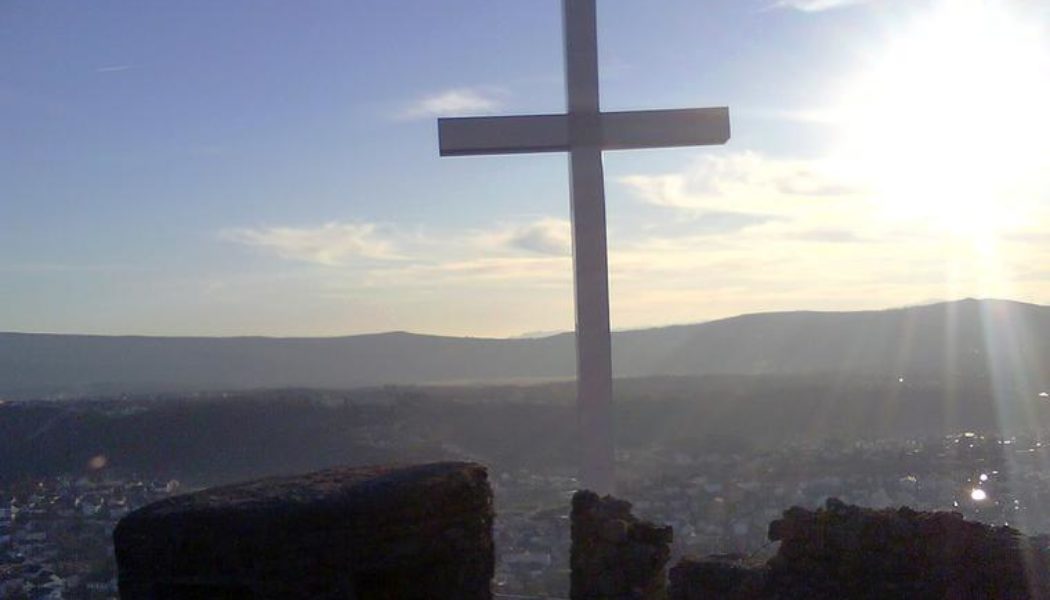 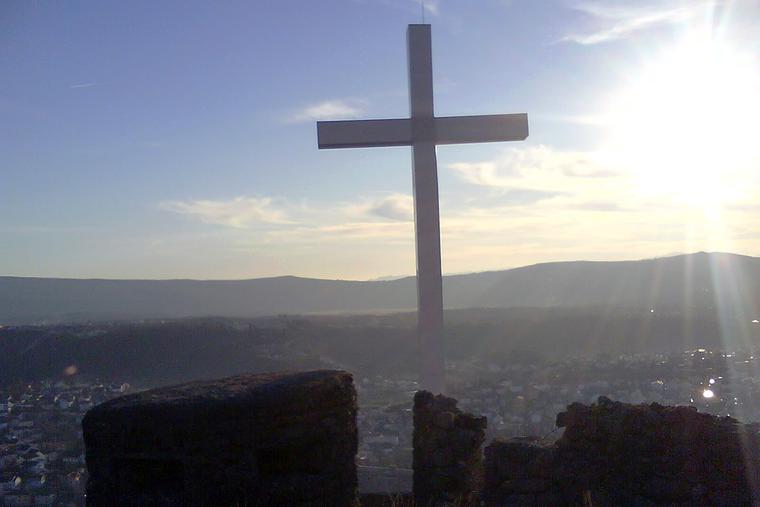 What keeps these couples together? It is free and complete submission to Jesus Christ, whose Cross deeply unites every aspect of their lives.

There is a town in Bosnia-Herzegovina, I am told, which is part of the Balkan Peninsula, called Široki-Brijeg, where no one in living memory has ever been divorced. About 30,000 souls inhabit the place, nearly all of whom are Catholic.

How can this possibly be in a world where, even among professed Catholics, so many marriages fail? What is it that makes this town so different? Is it something in the water supply?

No, it is not. Nor is it the result of any sort of law forbidding couples to divorce. Because there are no such laws. People who marry in Široki-Brijeg have not been schooled by the State into seeing the union of man and woman as a life sentence. There is no penal code, in other words, in which the compliance of married couples is required. The exchange of vows at the altar is not to be confused with the ritual of the hangman placing a noose around the neck of a condemned prisoner. If there is to be any bending of the will, it will not be the result of anyone other than the couple themselves.

So, what is it that keeps these couples together? It is the fruit of a fixed attitude of free and complete submission to Jesus Christ, whose Cross unites at the deepest level every aspect of their lives. So that, for all the differences dividing them, they nevertheless remain deeply committed to a life of mutual self-giving love. In short, it is a life centered entirely upon Christ and his Cross, on which he freely chose to hang for the world’s salvation.

And what does he say to us from his Cross? He says in effect: “I love you. And here is the proof that I really mean it: that I have chosen to die for you.” There is an undeniable joy and peace awakened by the knowledge imparted by that Cross, of a life steeped in such sacrifice.

Can couples joined to Christ do less than try to imitate their crucified Master? What else does it mean to anneal oneself to the sacred wood of that Cross? It means, as a practical matter, that one is constantly asked to die for the spouse one has chosen to live for. And when we fail, which we oftentimes do, we don’t throw in the towel and walk resignedly away. Instead we soldier on for the sake of the one we love, someone for whom no sacrifice is too great. Every last splinter of wood from the Cross is to be gathered up, lovingly presented back to God for the one we’ve promised to care for.

Imagine the freedom this brings to couples, their lives blessedly untethered from a culture built upon lies. They no longer need to see things through the haze of Hollywood romance, the tinsel of unreal expectations — that whole Hallmark Greeting Card illusion that blinds so many couples, who would far rather feast on fantasy than fact when facing the prospect of marriage.

It is the realism, in other words, of knowing that no human relationship can equal human desire, since only God can finally satisfy the longings of the heart. But that through human love one is nevertheless granted a glimpse of God’s own love, in which one is vouchsafed tantalizing glints of his own glory.

Isn’t this, after all, how God typically shows his love for us? How else can the love of an infinite Deity reach the finite creature if not through signs of mediation? Through the prism of the sacramental life, especially when, as in Christian marriage, the couple themselves administer the sacrament. “Love cannot be a single moment,” writes Karol Wojtyla in The Jeweler’s Shop. “Man’s eternity passes through it. That is why it is to be found in the dimension of God, because only he is eternity.”

No one can live without love. But only if there is the recognition that to love another person in a world filled with fallen and defective creatures, constant transfusions of forbearance and forgiveness are required. To try and bear the weight of your spouse’s sin is simply not possible without the grace of God. But knowing he helps us carry that weight, indeed, shoulders most of it himself, becomes a source of profound solace and joy.

What is involved here, as the testimony of countless couples will tell you, is that the actual exchange of vows takes place while the couple are literally clinging to the Cross. Listening, moreover, with rapt attention to the priest, as he wraps their hands around the Cross, reminding each: “You have found your Cross! It is a Cross you must love and take with you every day of your lives. Know how to appreciate it!” And then, having kissed the Cross taken from the altar, the couple enthrone it in a place of honor in their home, secure in the knowledge that to abandon one or the other is to abandon Christ. It is he alone who can sustain — and sanctify — their marriage.

They are to go to the Cross whenever troubles arrive, kneeling before it to ask Jesus to help them carry it. And as a sure token of their appreciation, they are to give gifts to the one whom they have been enjoined by God to embrace before and upon that very Cross.

It is not an option, the couples of Široki-Brijeg are saying, to live like this. It is the only way to live. To live each day from the reality of an already deeply intimate participation in the life of Christ, allowing him to live now in us. Faith in Christ, therefore, which serves as a springboard for the promised fidelity to one another, is no longer an ideal to which one strives haplessly to conform; it is the very center from which they find themselves already living.

And, yes, there is much joy — and not a little laughter — amid a life shared in that Christ-centered way.

Being a teen boy might be challenging at times, but receiving a great gift might help. Add to basket. • nordic home office equipment, setups, furniture and more.